Challah-like bread made with ripe bananas to yield a soft, flavorful bread. This yeasted banana bread is swirled with a brown sugar cinnamon filling: A cross between babka, french toast and banana bread is this a sure winner at any breakfast, tea or dessert table. 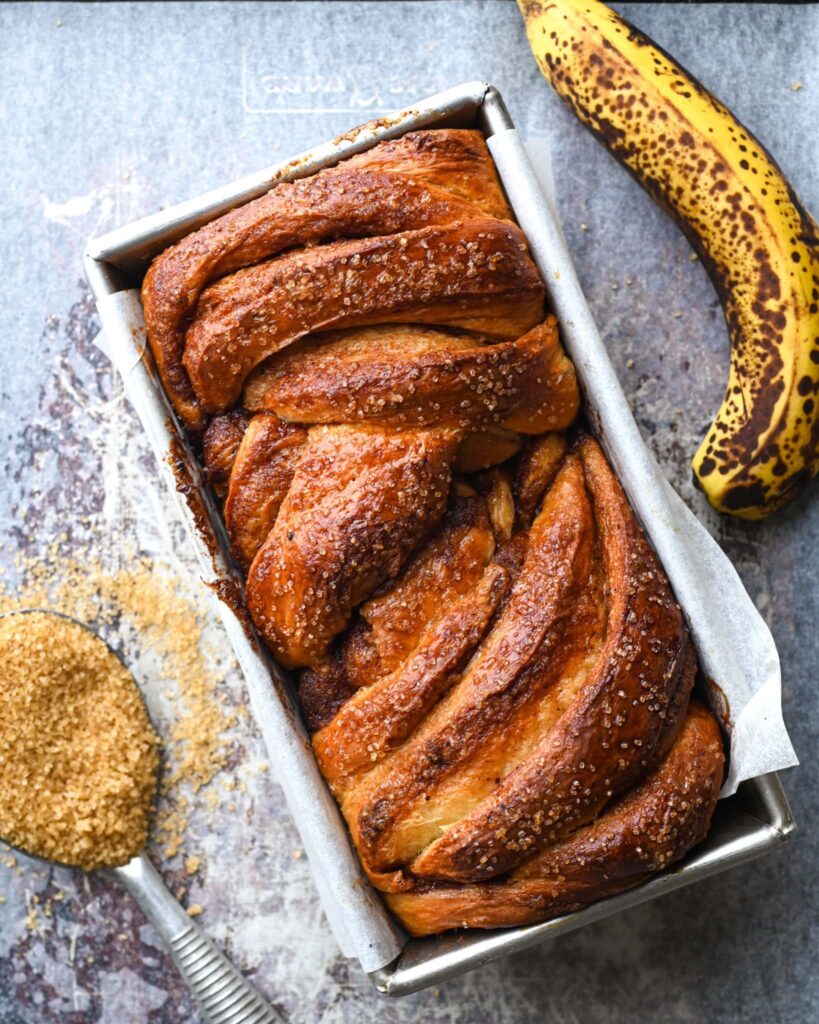 Enriched bread made with ripe bananas to yield a soft, flavorful bread. This yeasted banana bread is swirled with a brown sugar cinnamon filling: A cross between babka, french toast and banana bread is this a sure winner at any breakfast, tea or dessert table. 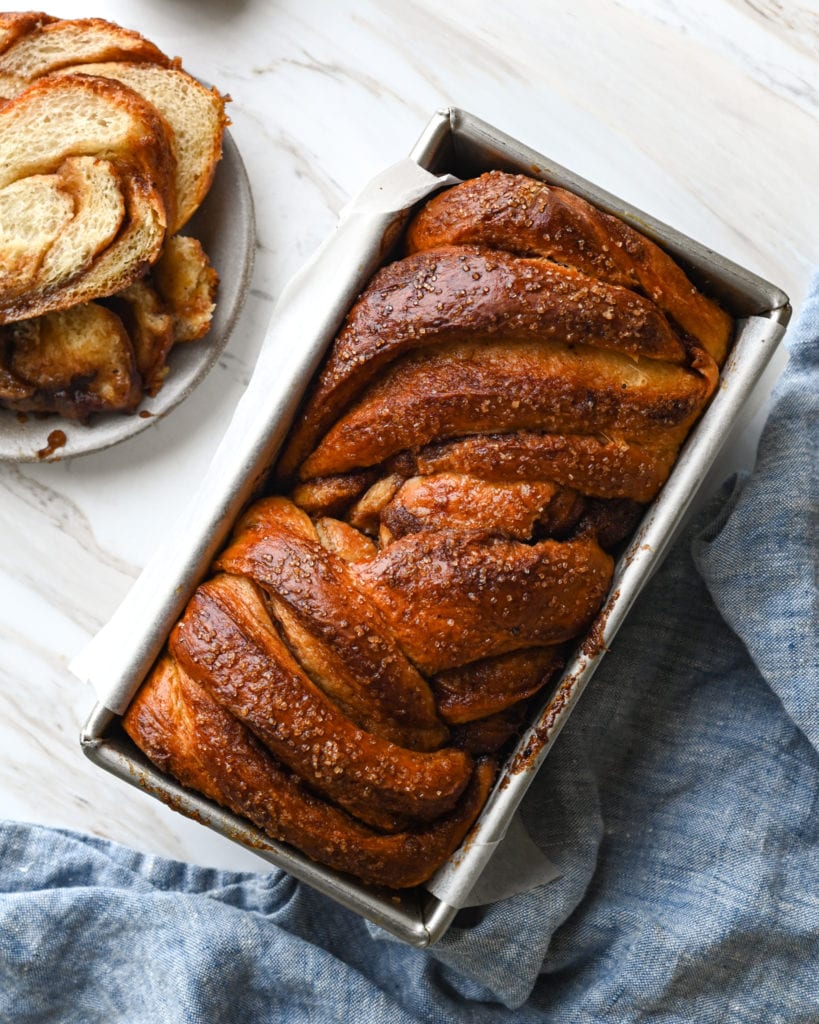 During the height of grocery shortages and banana baking frenzy of 2020, my husband suggested I try making a banana babka. I thought about his idea, considered slicing bananas, tossing them with cinnamon sugar for a filling in a plain babka, but I don’t personally love the taste of roasted bananas. It wasn’t until I saw this banana nutella roll recipe, which was based on this yeasted banana bread recipe, that I began playing with the idea of using the banana IN the dough. I finally gave it a go and… just, wow.

One thing: this is going to be a sticky dough that is not very easy to work with. I’m sorry! It will work out though, you’ll see the dough rise nicely twice, and it will be difficult to roll out and spread the filling over. Feel free to liberally use flour when you do. The result is absolutely worth it: it’s SO soft and tender!

And that filling? Oh my. It’s cinnamon roll filling and combined with the banana it tastes like banana french toast – it’s incredible.

The dough itself is not like a traditional chocolate babka or a challah due to the added banana and lack of eggs. I call it a babka because of how it is shaped; according to My Jewish Learning, “In its most traditional form, babka is made by twisting a yeast-based dough swathed in different fillings around itself into a tortuous loaf that is baked at medium heat for around an hour.” There is truly nothing like that amazing twist that is signature to babka, a bread that originated in Eastern European Jewish communities: “in the early 1800s, when housewives would spread extra challah dough with jam or cinnamon, roll it up, and bake it alongside the bread,” (Food52). With the cinnamon filling, I couldn’t think to call it anything else without honoring the origins of the idea.

How to make Cinnamon Banana Babka 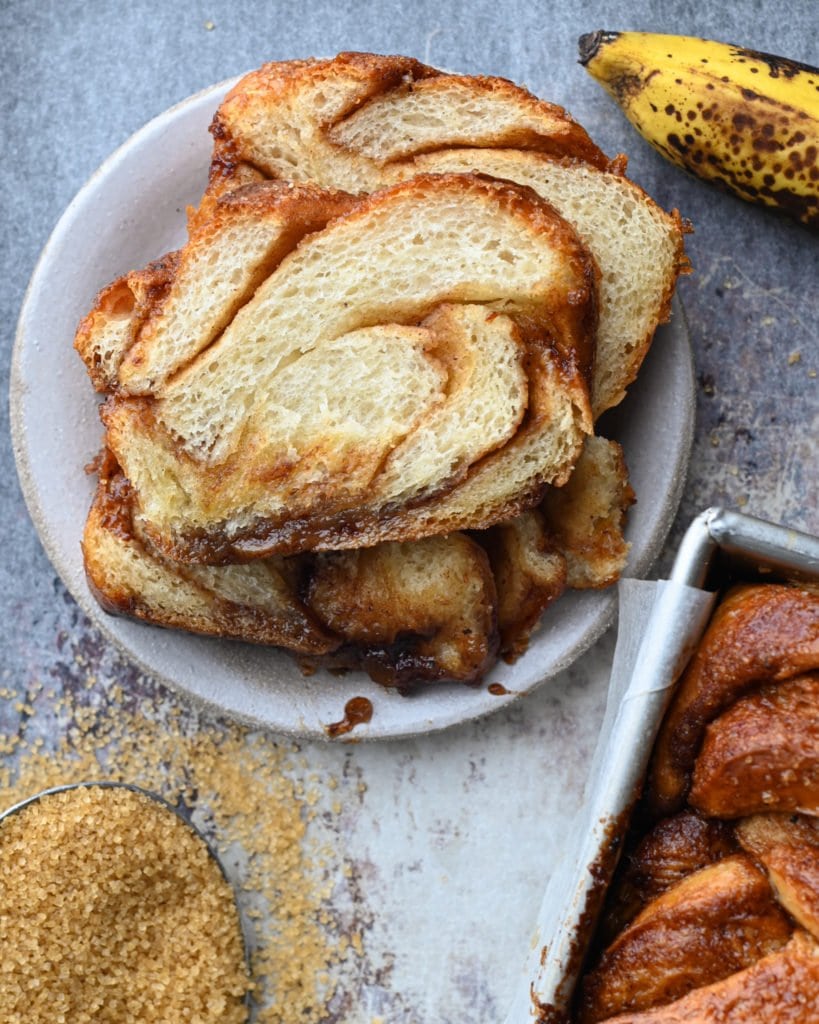 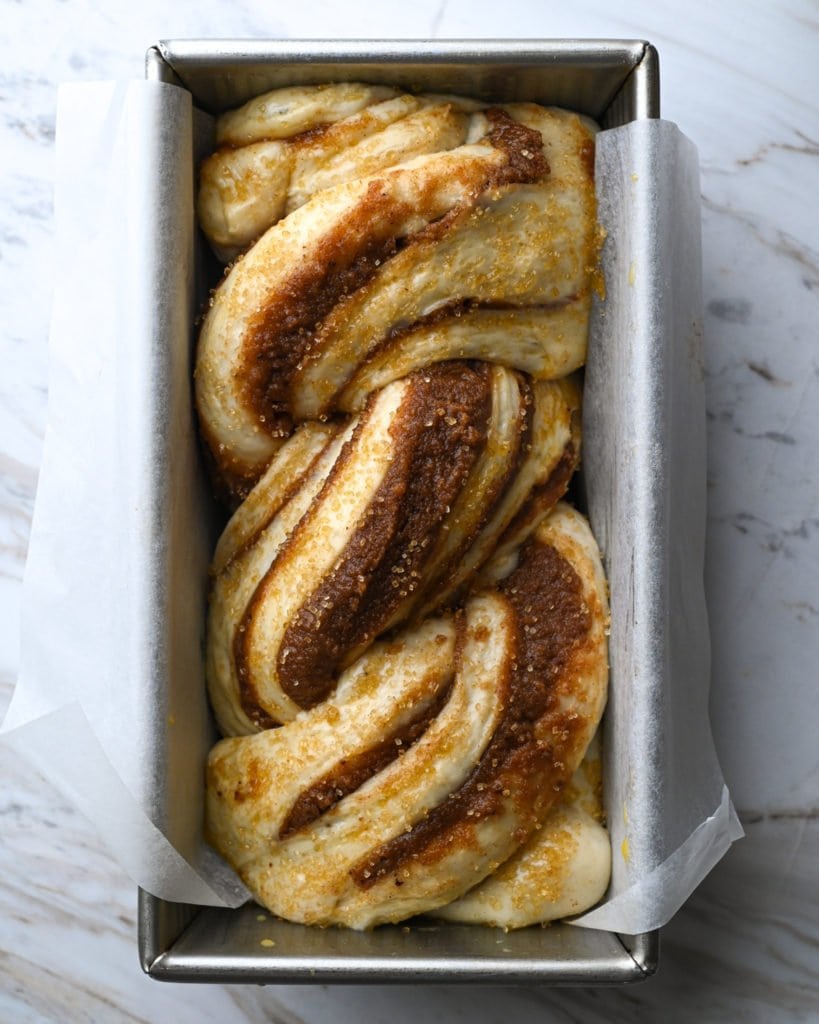 Sam, this dough is ridiculously sticky. I hate it.

I know! It was annoying even for me to work with and I’m used to sticky doughs. You can add a bit more flour to the mixer when the dough is kneading. And while rolling, feel free to use as much flour as you need (but don’t over do it). Remember: sticky dough = supersoft bread.

Can I brown the butter for the filling? Also how do I brown butter?

Yes. You’ll want to brown a bit more than listed because a lot of moisture evaporates. So for the ⅔ cup listed you’ll want to brown around 1 cup, and measure after its browned. To brown: In a saucepan, melt the butter on low. Cook it as it sputters and spits and once it goes a bit silent and you see bits of brown, transfer it to a heatproof bowl. Let it cool a bit before you add the sugar.

Can I halve the recipe to make just one loaf?

Yes. It won’t change much – just half of everything below. For the yeast go with a slightly heaped teaspoon.

Can I make this babka recipe into cinnamon rolls?

Can I make this all the night before and bake the next day?

I think you could but the rolls should come to room temperature before you bake them. And make sure they are ready, even at room temperature: do the press check. Does the dough hold an indentation? Then it’s okay to go into the oven. If not, give it more time to rise. 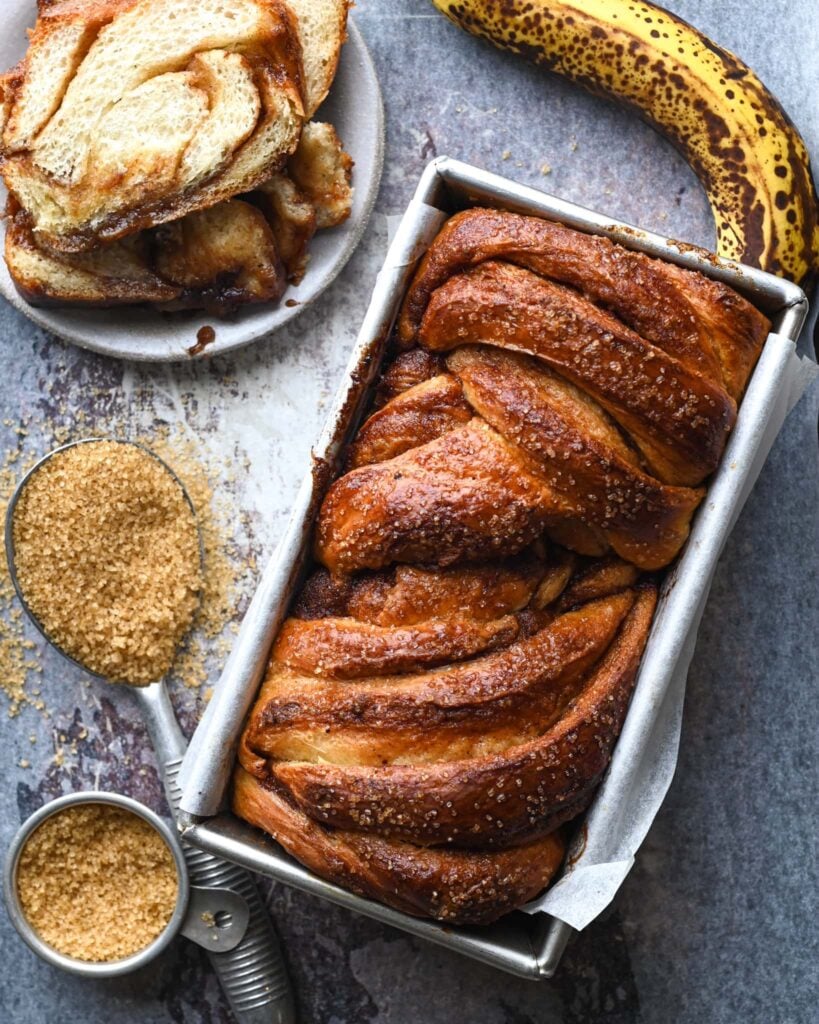 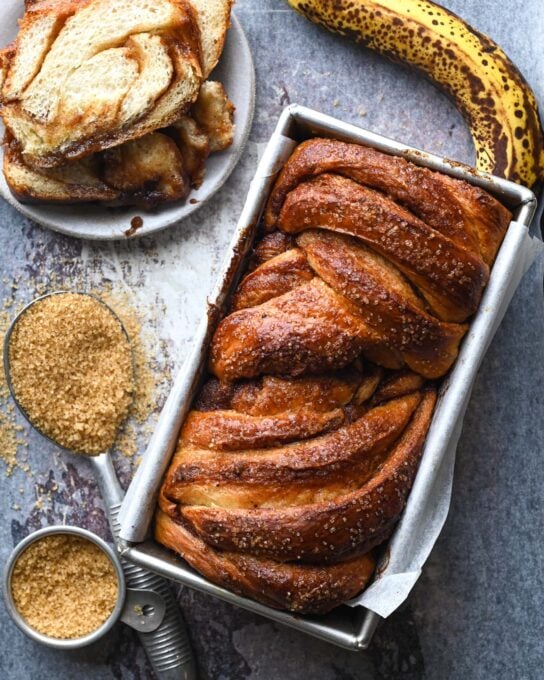 The night before, make the dough: 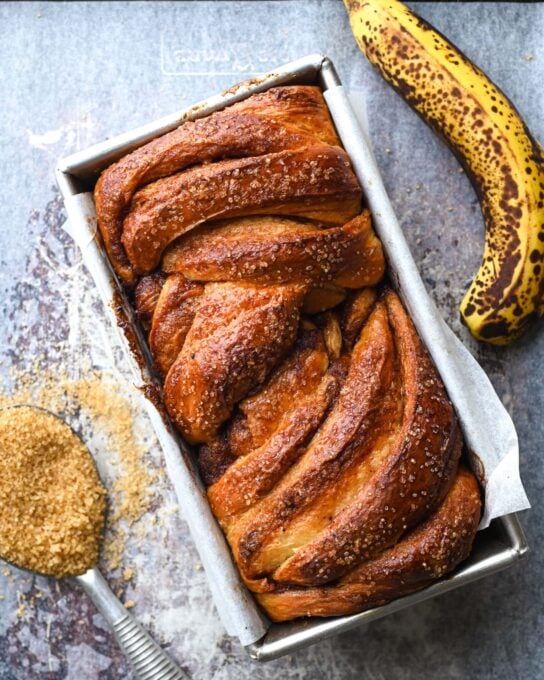