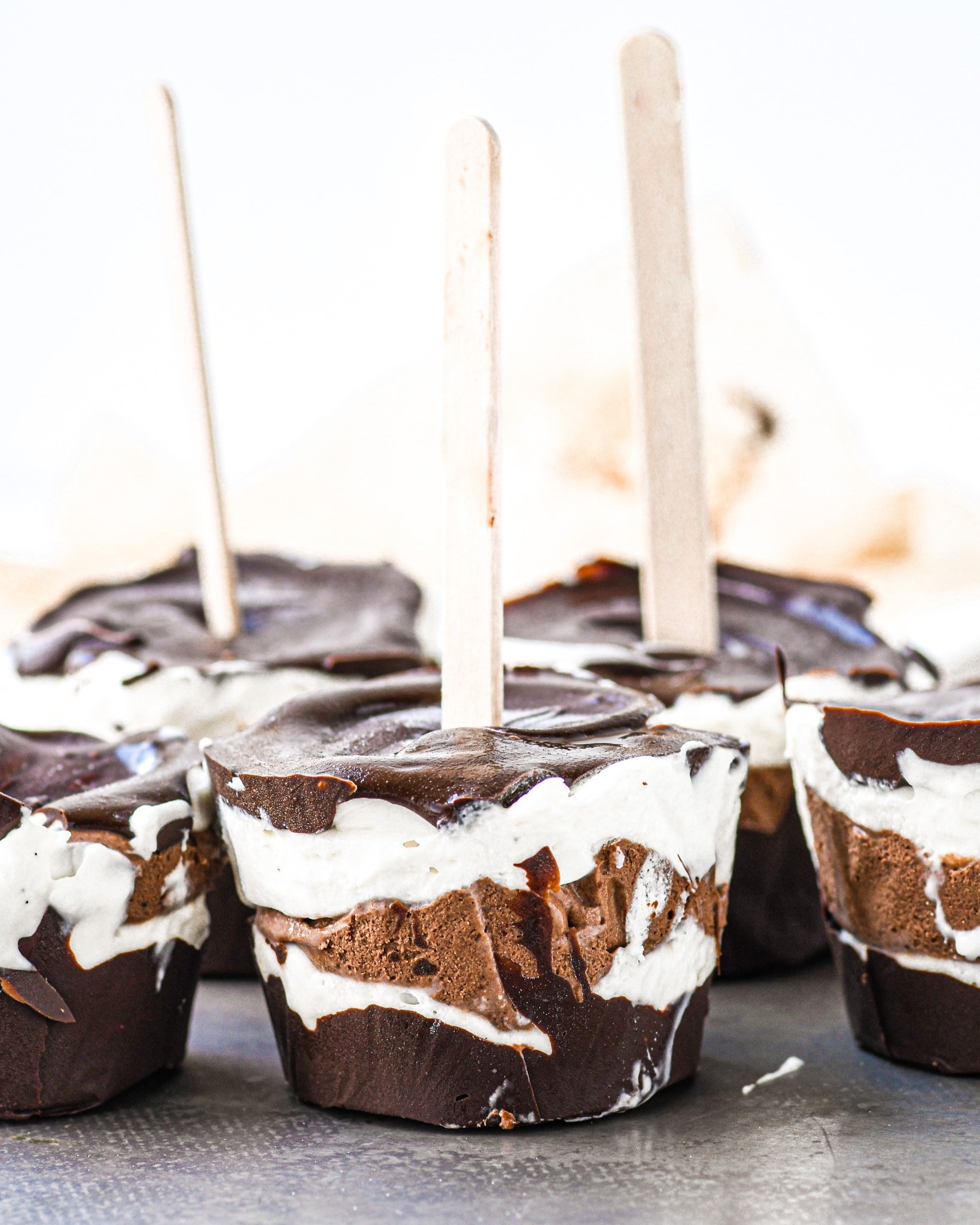 One of my favorite things to treat myself to, at any time of year, is a chocolate and vanilla soft serve. You know, the iconic tall swirly kind you can only get from the ice cream truck. Since we moved closer to the city I have been finding them more often as there are tons of food trucks lined all around the National Mall area where we occasionally go to take my daughter to play. The trucks are there as early as cherry blossom season when it’s still cold and we will often all share one wrapped in jackets and scarves and it’s totally fine because it’s the best thing ever.

We didn’t get to do much of that this year because of covid; the mall was closed off during cb season and even now as the temperatures are rising (it’s currently over 90F and I hate it lol) we aren’t going out as much. So I found a way for us to have them whenever we want; possibly even better than the hit or miss of the truck. They lack the charm and background song but these cups are so creamy in a way that you can only get by using real ingredients. 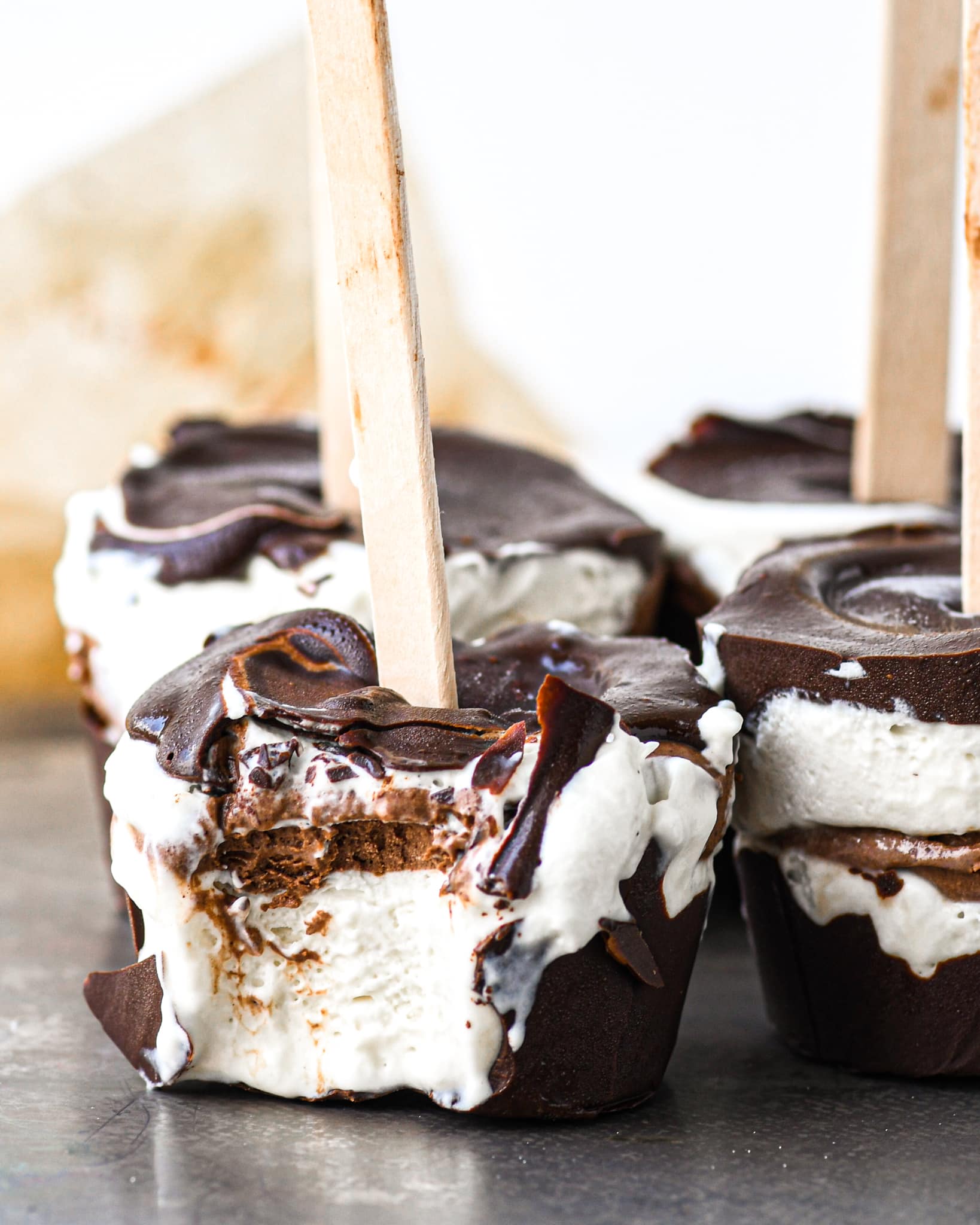 I’ve been on a no churn train for awhile now. There was brown butter peanut butter, and then there were a ton of pint jars with all the different flavors that were spilling out of my freezer. At one point I thought, what if I made an ombre version like these cupcakes? And that is what you see in the photo above (with these cookies courtesy of KAF). They were so good!! The inside ice cream reminded me so much of the beloved soft serve. I made another batch again a few days later, trying to make a stacked cookie ice cream cake and I was smitten again.

I had ice cream leftover from the loaf (because tbh it was more cookie than ice cream, lol) and I knew I wanted to add the crunch of chocolate. So I made some ice ‘pops’ I guess you call them? I don’t know, but I will tell you as much as I love my popsicle mold I knew it would not work on these because the ice cream is SO SOFT and getting them out would be impossible. So I made them in muffin tins, with crunchy chocolate on top and the bottom to kind of hold everything together and they were just perfect. Kind of like homemade magnum ice cream bars! 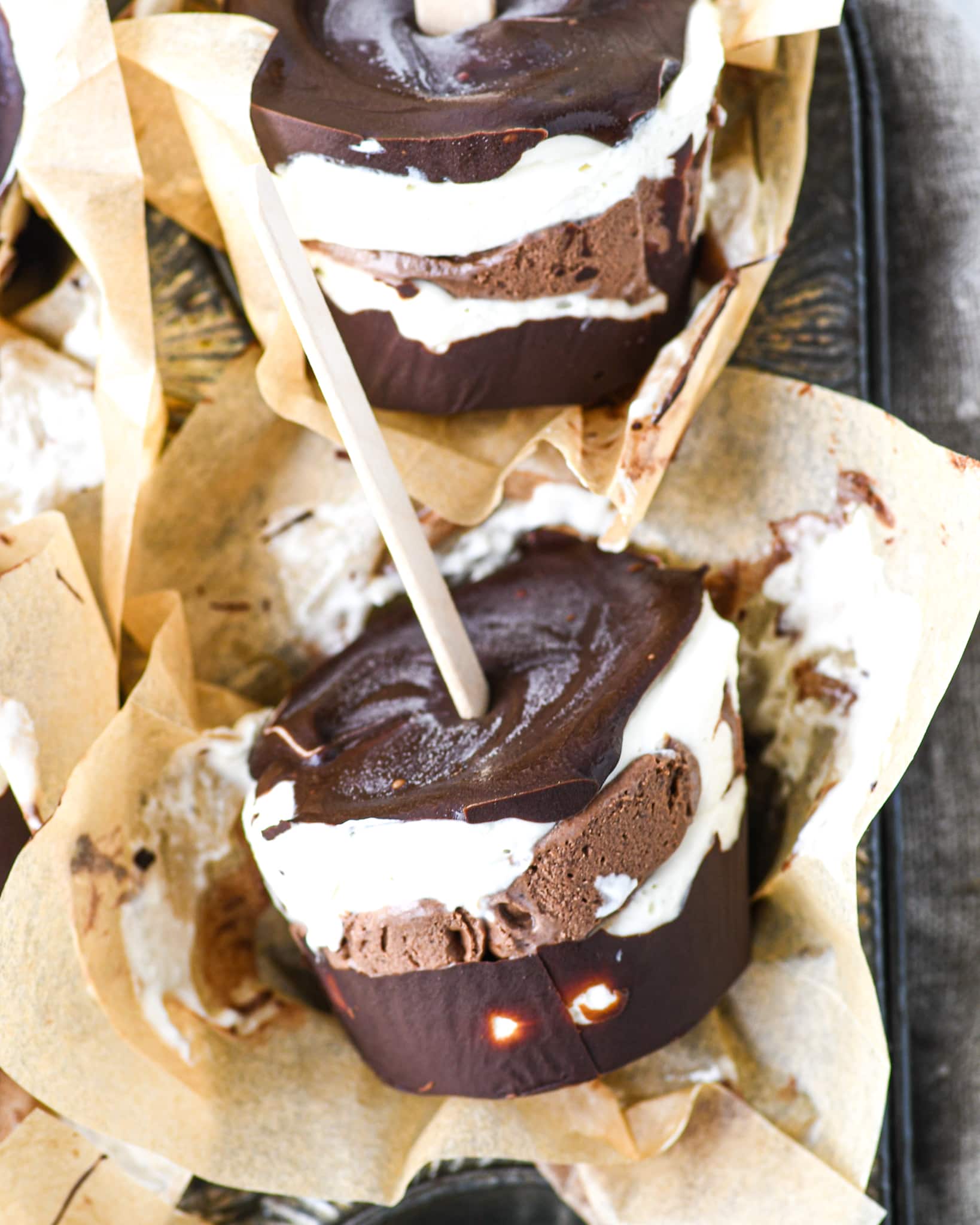 Sometimes I will go through the effort of removing popsicles from the mold while standing next to the freezer and moving quickly so they don’t melt but also carefully so they stay pretty, then dipping them in chocolate all with baited breath that they come out camera ready for IG, but I have no patience for that these days with two little ones all over me all the time and a husband trying to get work done via zoom in our bedroom (seriously, can I just go to the bathroom to pee without chaos breaking out and him needing to leave the call to find out what all the screaming is about?!).

So here’s the thing; these have ALL the charm of a soft serve ice cream dipped in chocolate but have NONE of the hassle of actually making it in the shape you would get from a truck also, nbd you can pronounce all my ingredients. And, I’m going to be bold and say these might even be better than the truck! Here’s the 1,2,3: 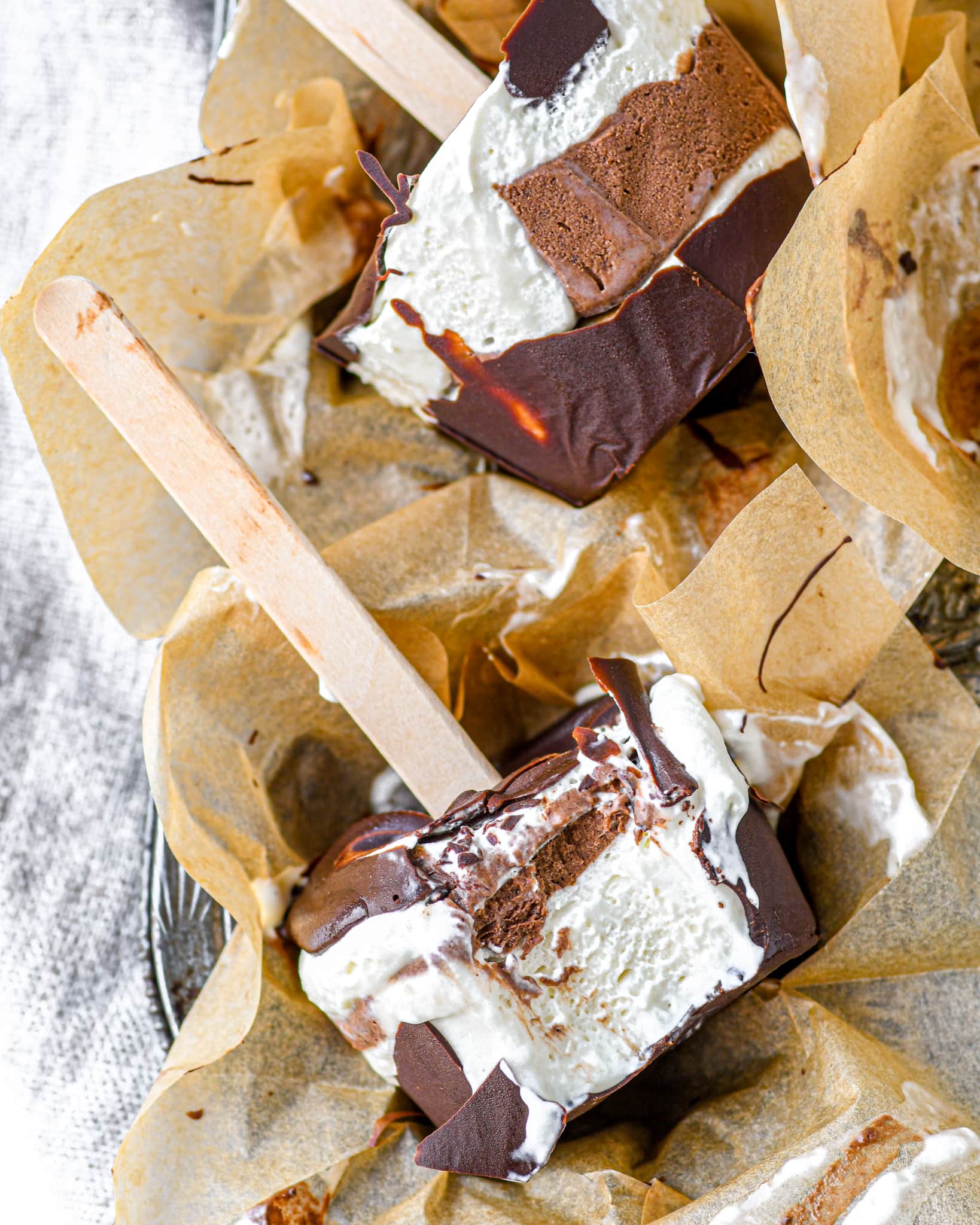 How to make no churn ice cream pops 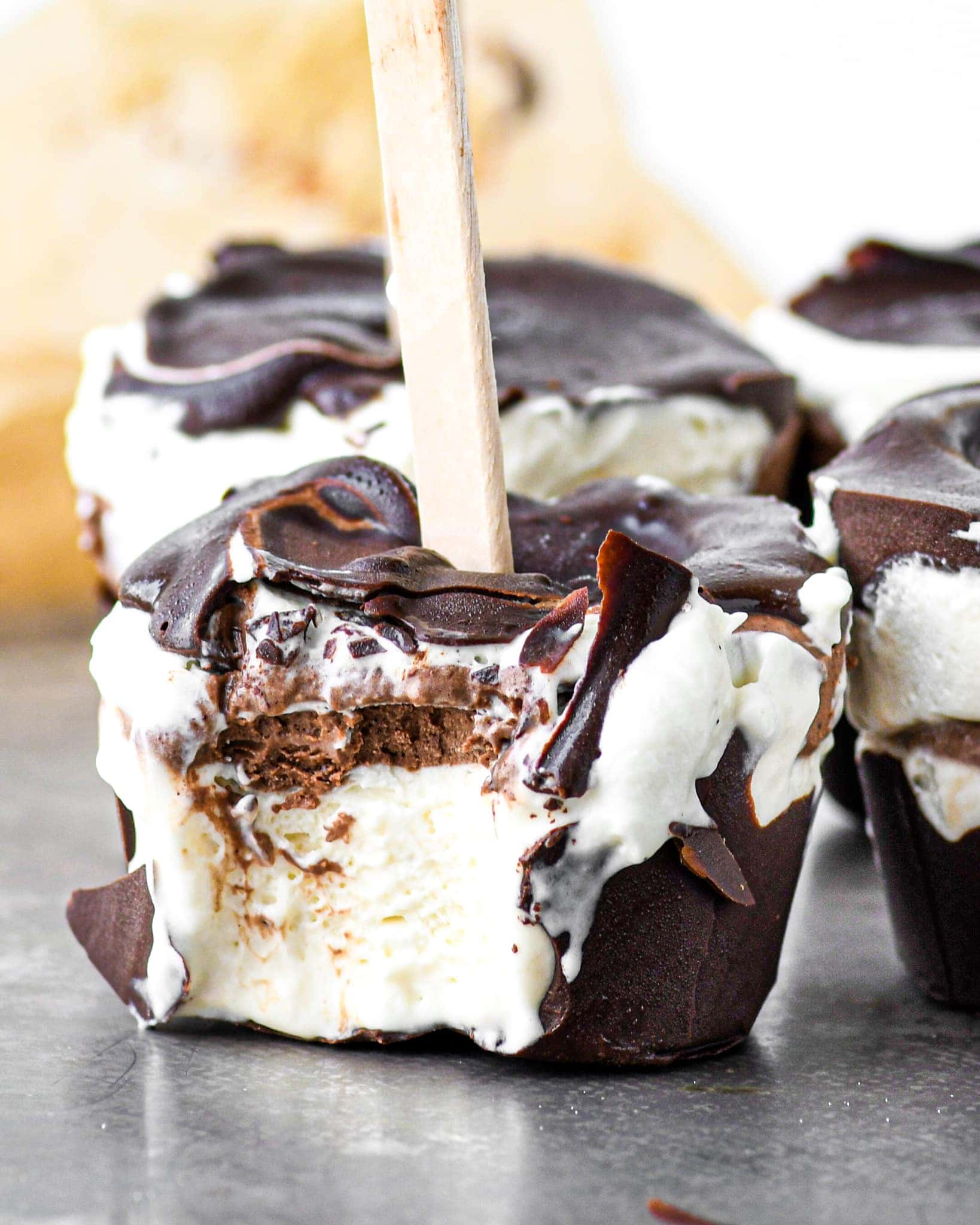 heavy cream & sweetened condensed milk: the basis of the no churn. Avoid the fat free scm because it won’t be as creamy.

salt & vanilla: I give you measurements but you can make it more or less to your taste.

chocolate & coconut oil: For the ‘shell’. Use semi-sweet or dark, something between 45%-78% cocoa solids. 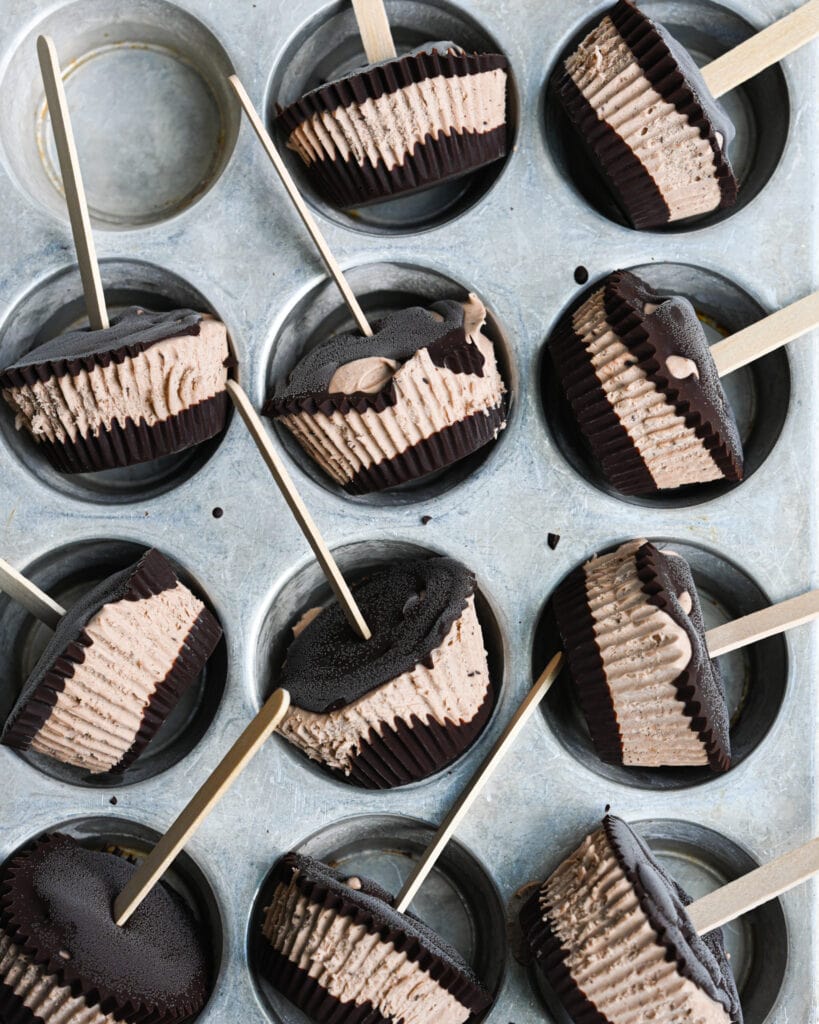 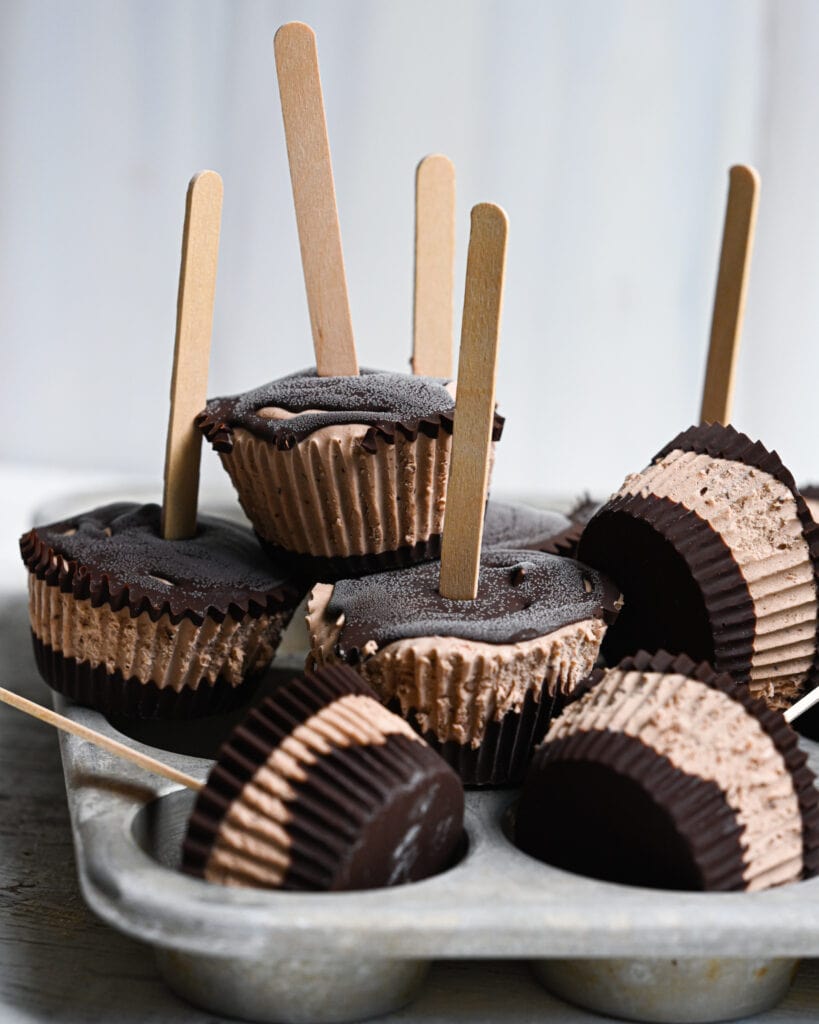 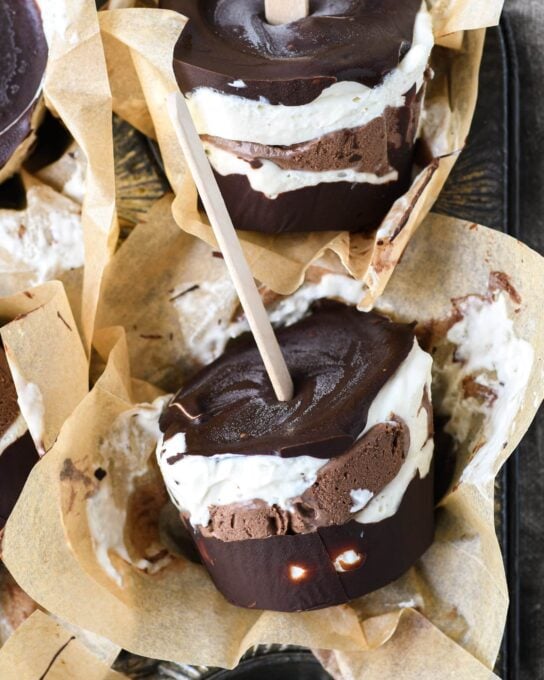 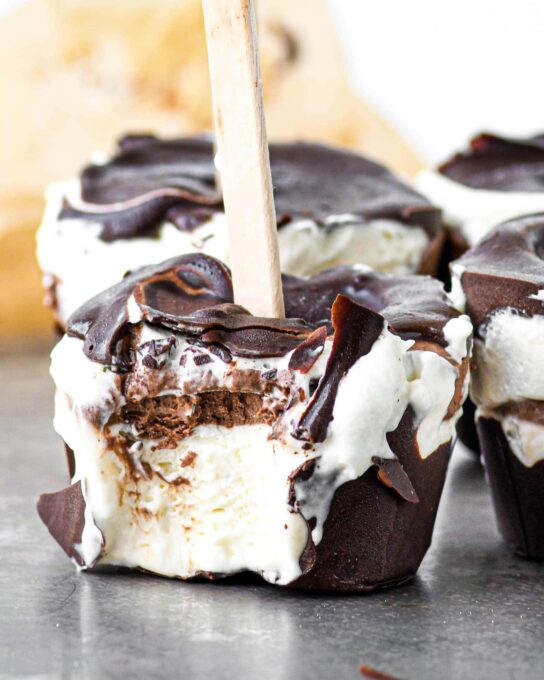