Before we get into these pools of yumminess I gotta say, I almost feel like calling these ‘ombre’ does 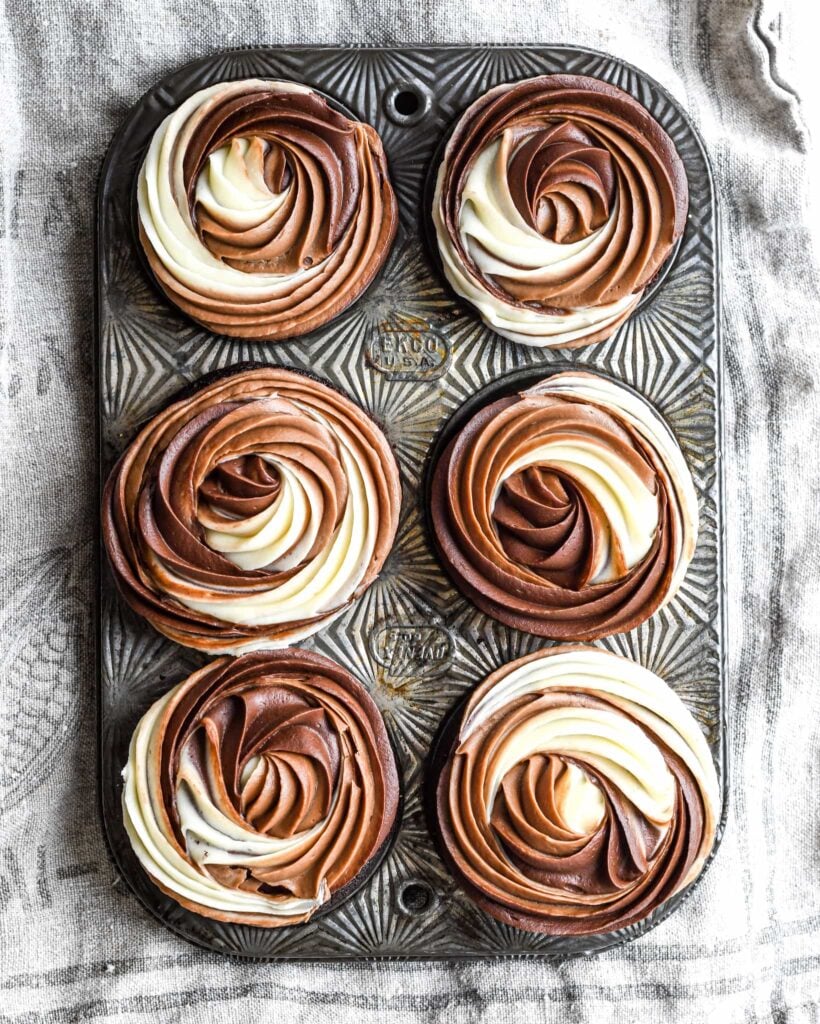 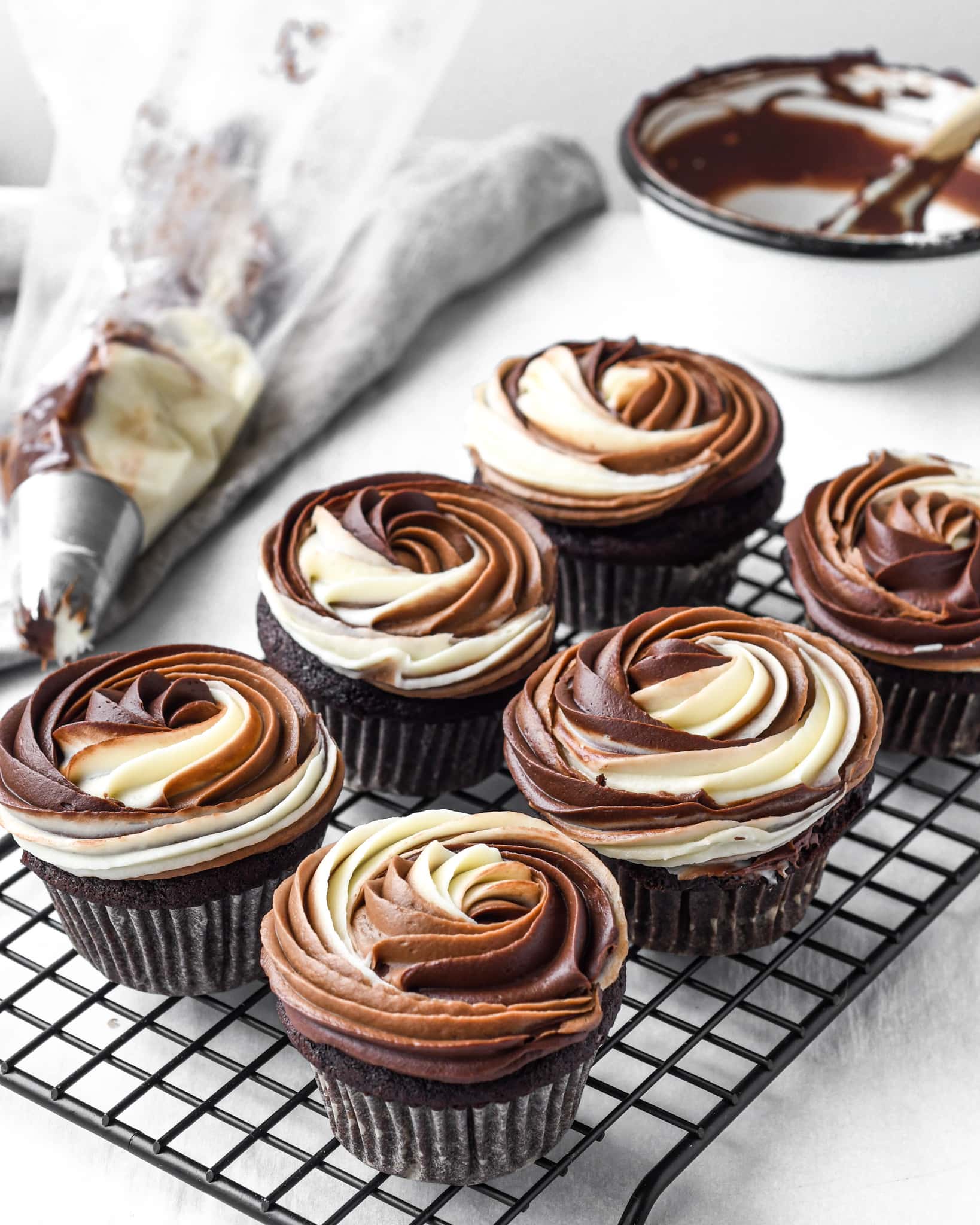 Before we get into these pools of yumminess I gotta say, I almost feel like calling these ‘ombre’ does them a disservice. Ombre usually signifies color or shade, and these are SO MUCH more than that. It’s three different chocolates, melted and combined with a buttercream base. It’s like a ganache buttercream, but way better!

I had the idea for these cupcakes, way back in February after I made the pink-dipped cupcakes. Underneath the ruby chocolate was a pink and white swirl buttercream. My husband (who saw them before they were dipped and ultimately ate most of them, lol) commented that they looked like a swirled soft serve chocolate & vanilla ice cream, and I thought, what a brilliant idea for buttercream! 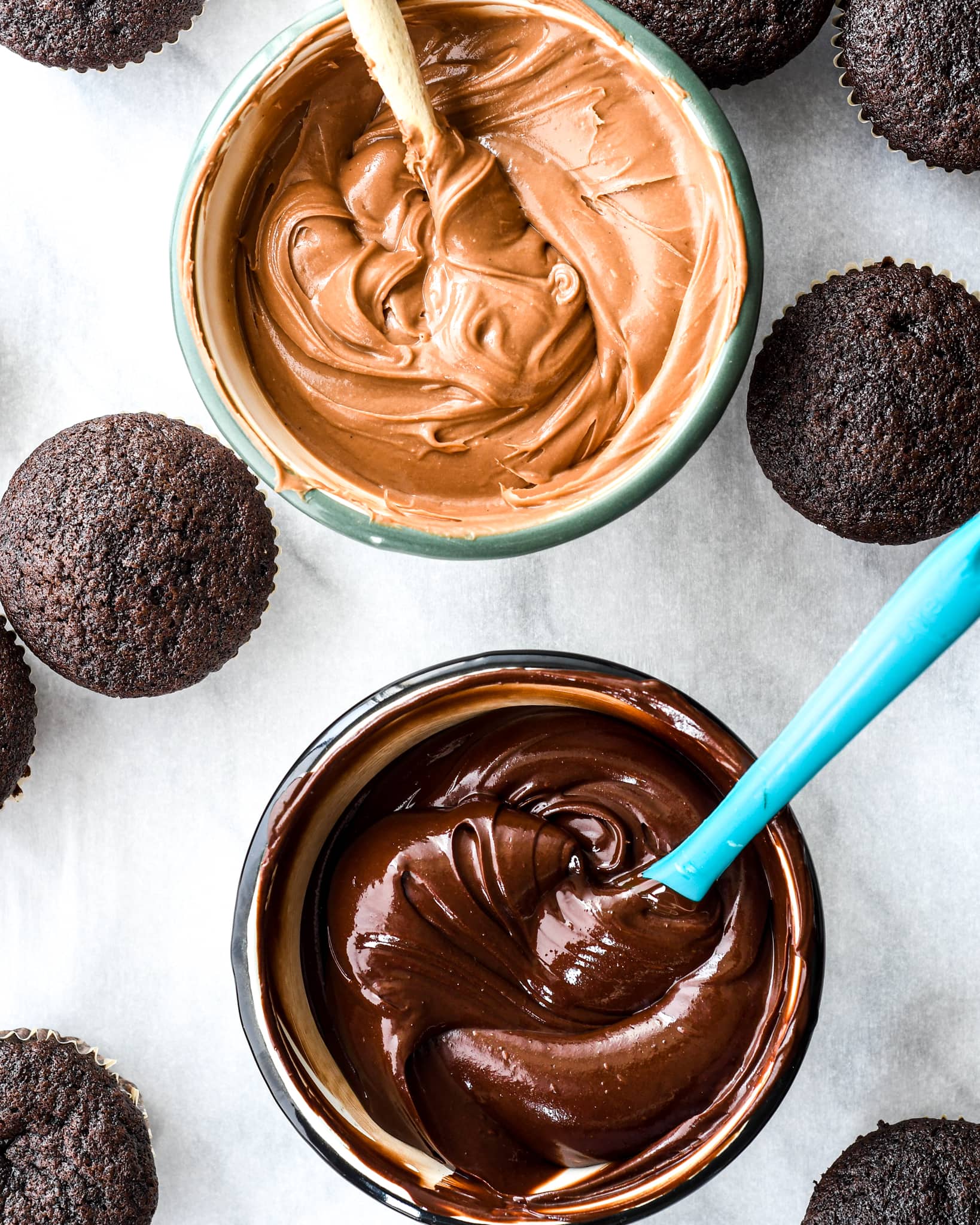 As ideas are wont to do, mine transformed several times over the next few months. While I was set on each buttercream being a different flavor (rather than just multi-colored, which has been done several times before), I imagined the chocolate part would be light – like a soft serve ice cream, and decided I wanted to add a darker color as well. I contemplated using black cocoa which I had used before in this buttercream, but once I was going in with two chocolate flavors – it just kind of made sense to make this three different types of melted chocolate. Especially once I remembered how much I loved this three chocolate pie.

My first trial with this buttercream was met with several temperature challenges, as expected when dealing with melted chocolate. So, I’ve given really thorough instructions here to hopefully ensure that you make none of the mistakes I did and that you don’t waste that good quality chocolate you bought for this.

Lastly, I just gotta add a disclaimer here – this buttercream is DELICIOUS. The sugar is quite low so most of the flavor comes via the melted chocolates in the form of an incredibly smooth buttercream, swoon. Once it ‘sets’ atop the cupcakes, the texture turns ganache-like and… humna humna. Grab your spoons sisters, this one is going to make you forgo dinner. 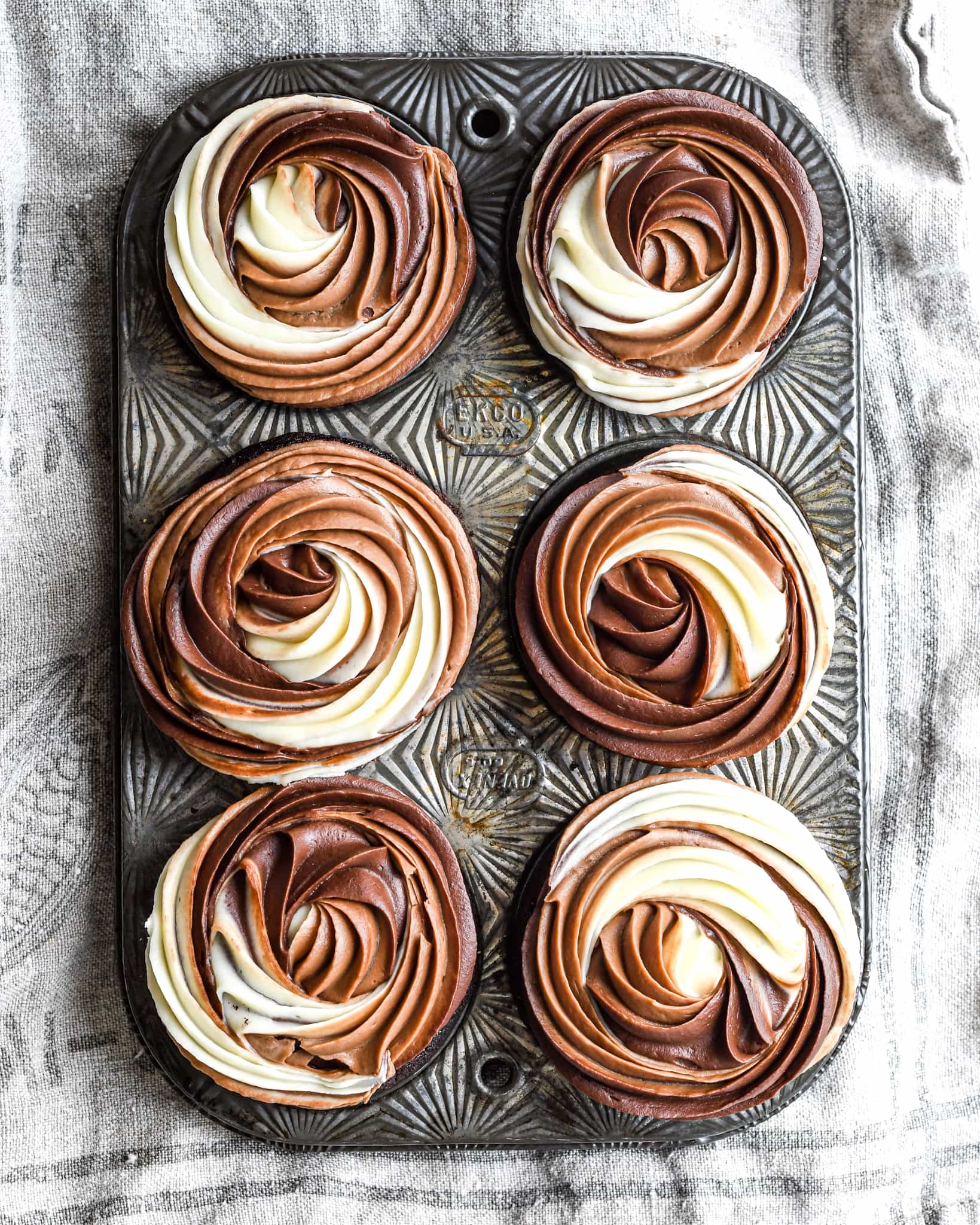 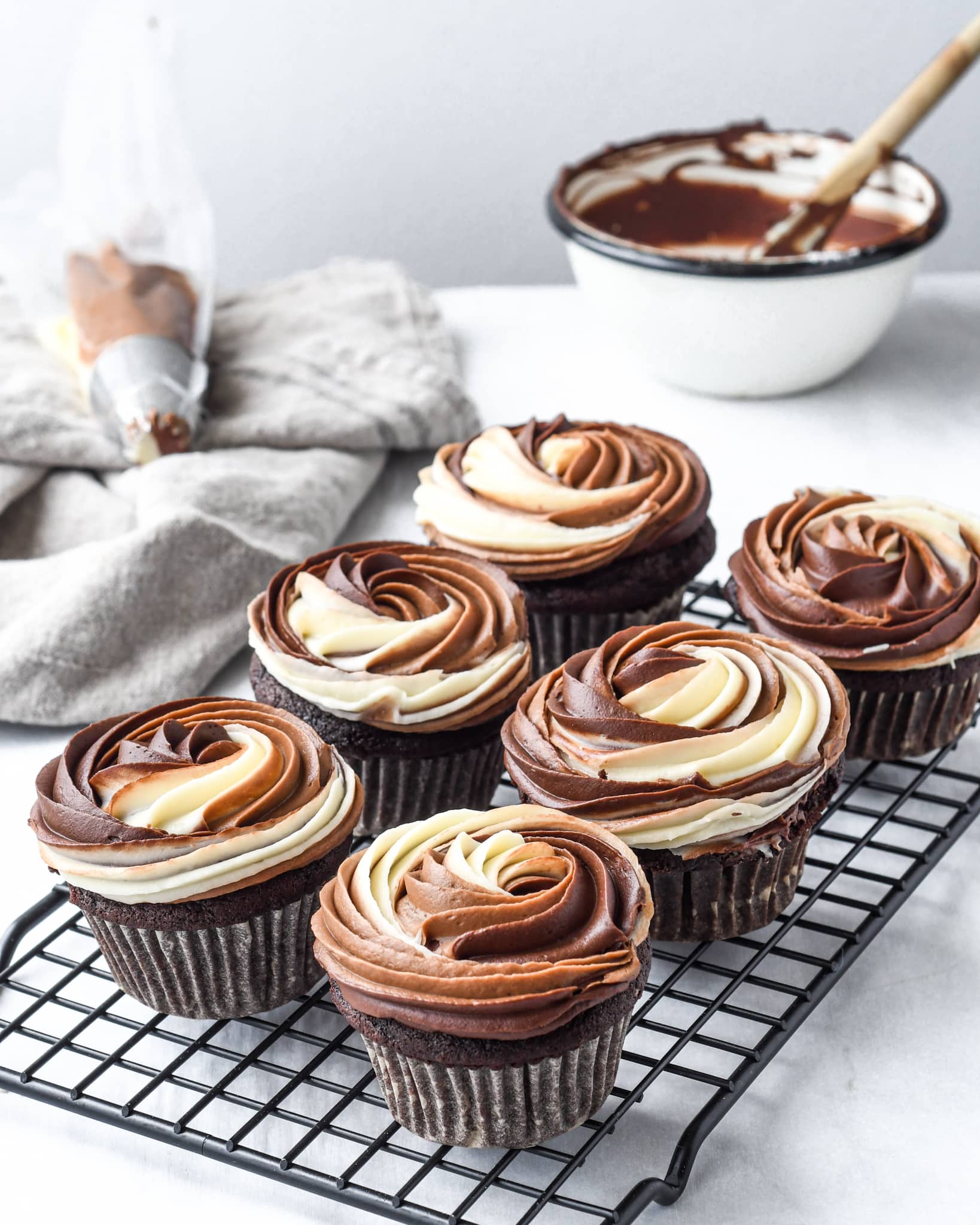 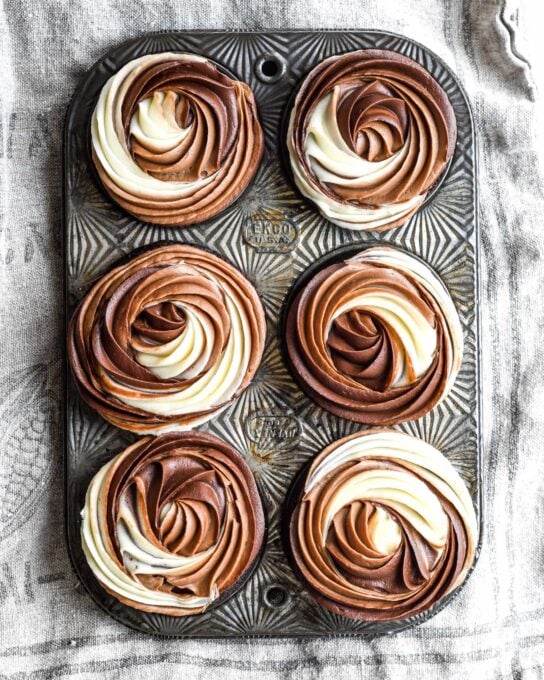