Two layers of soft challah bread: one a light vanilla, the other enriched with dutch cocoa. The buns are filled twice with a hazelnut chocolate spread.

Imagine waking up to a cold winter morning and getting cozy with a warm batch of these beauties. 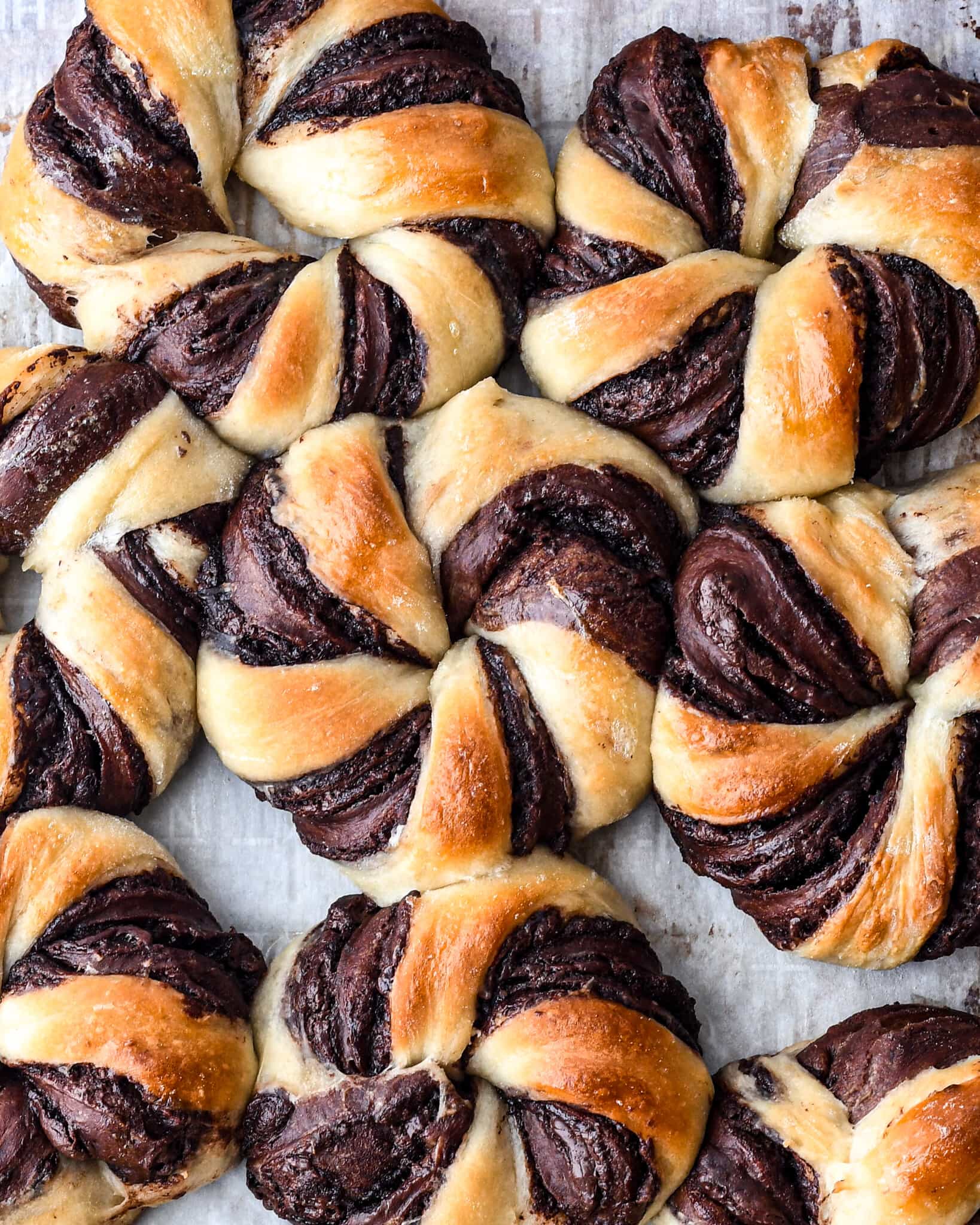 Pairing a chocolate hazelnut spread with my chocolate & vanilla swirl challah bread turned out to be a lovely combination. While it adds a touch of sweetness, it does not overwhelm, making these buns absolutely delightful for breakfast or afternoon tea.

Baking them is deceptively simple: you’ll make one dough, halve it and then add a few ingredients to one half to make it chocolatey. You’ll roll out both and layer them with chocolate hazelnut spread. From then, it’s a lot like making a regular cinnamon roll. I beg you though, don’t squish them into a cake pan. Given space for them to spread, they’ll puff into the most magnificent buns. We ate these as soon as they came out of the oven (fresh is best!) and the next morning, a little warming in the microwave brought them back to perfection.

How to make a cinnamon roll, spiral roll shape 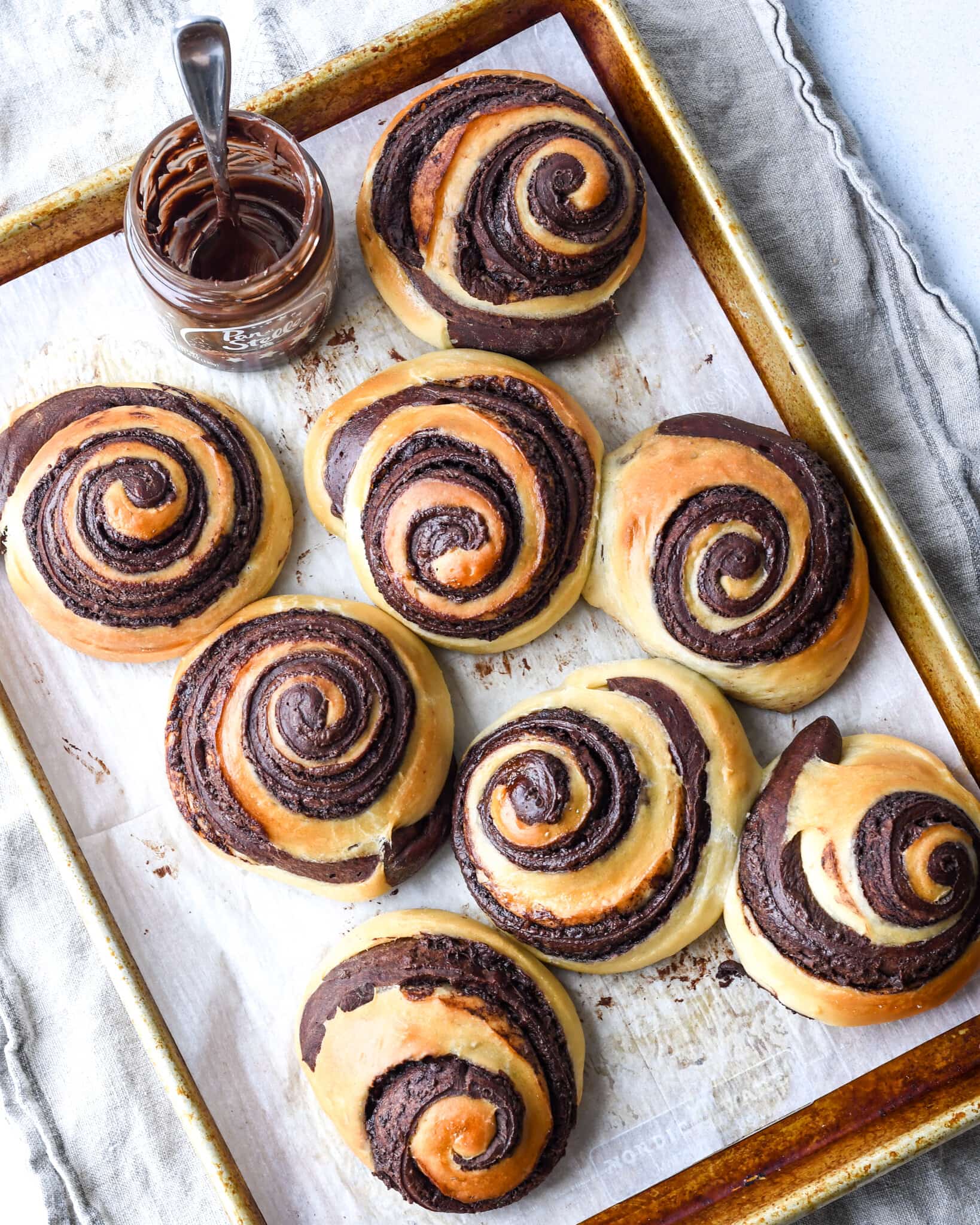 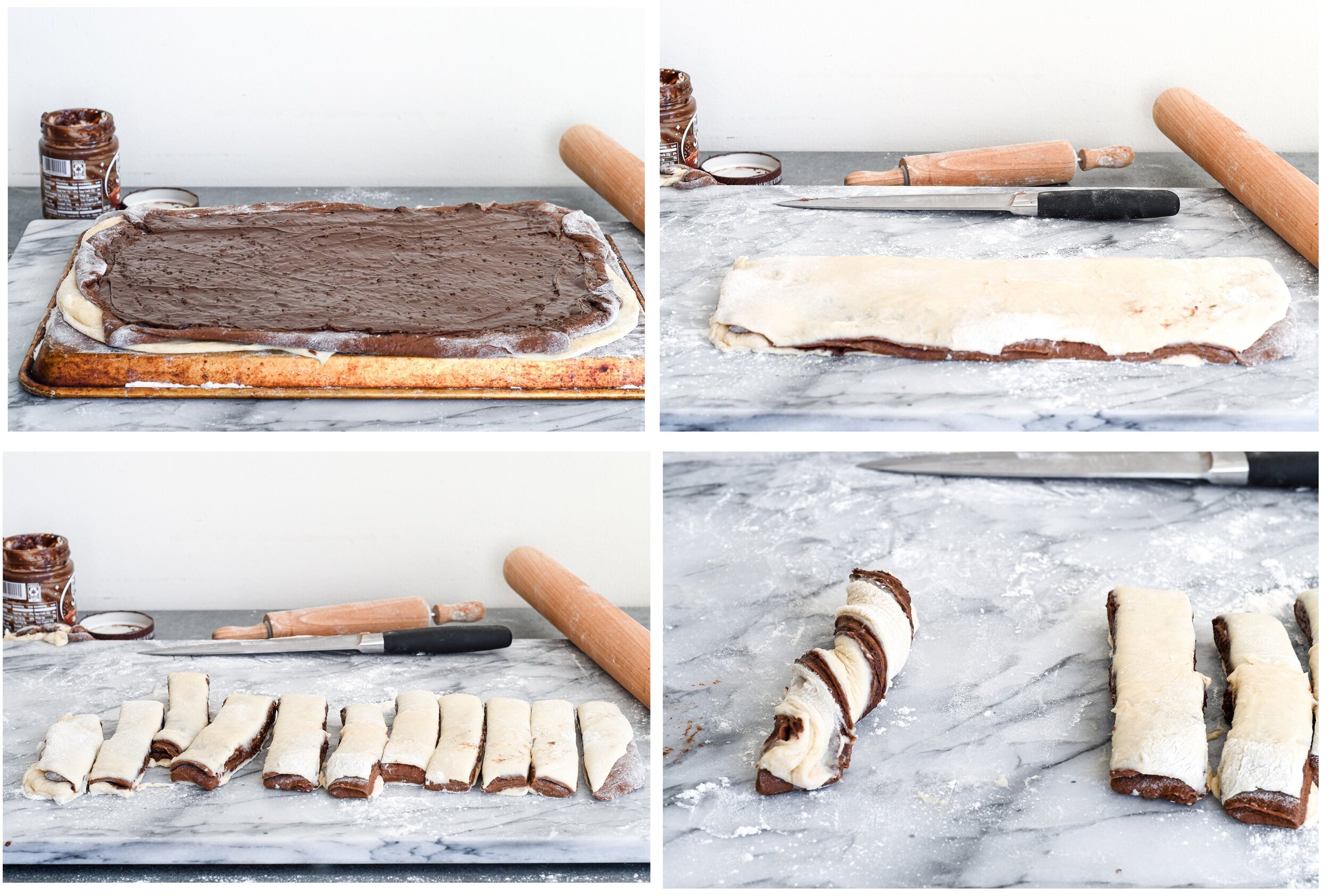 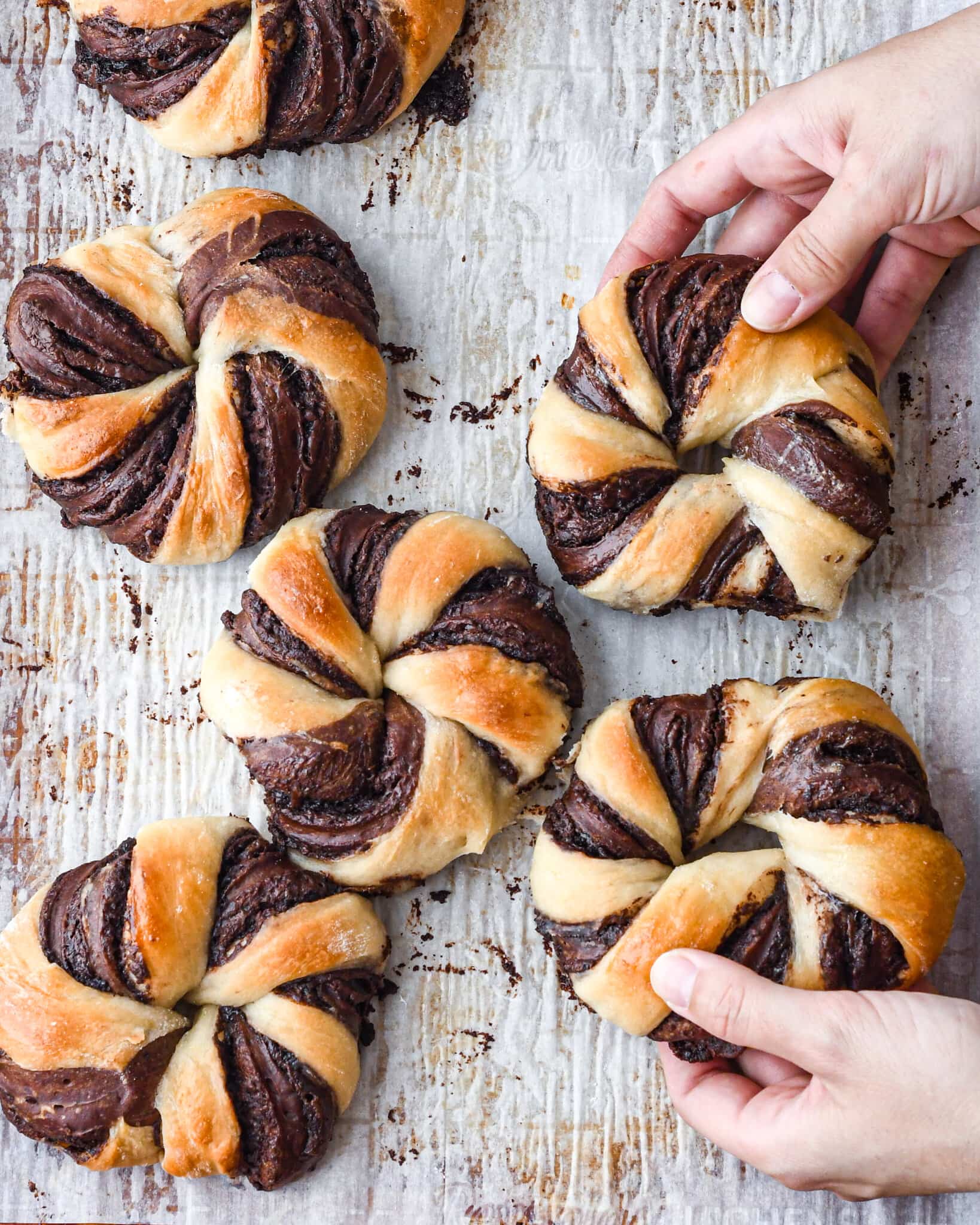 Vanilla and cocoa flavored bread swirled around each other with a layer of chocolate hazelnut spread in the center.
Print Recipe Pin Recipe