This recipe requires you to make two small separate doughs, allow them to rise separately and then roll each out and fold them together for a second rise. It’s super easy and totally worth the extra dough-making. It’s basically a really great challah bread with hints of cocoa and it’s absolutely gorgeous to boot. 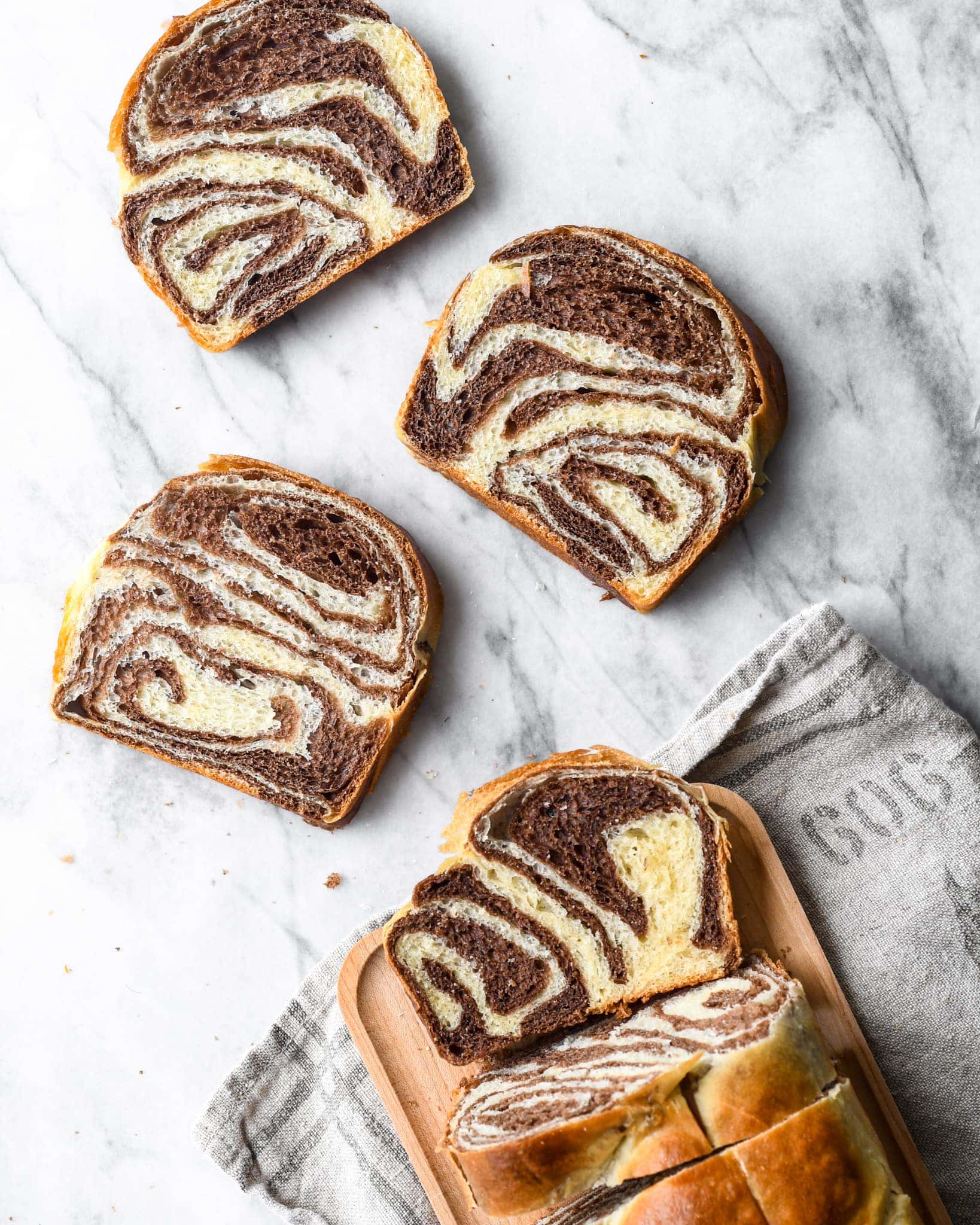 One of my new years baking resolutions (yes, I make those… and only those lol) was to come up with a recipe for double chocolate babka. I wanted the typical chocolate babka filling but instead of the usual plain, I wanted it surrounded by a dough enriched with cocoa. The trick was to figure out how to manage the cocoa which both dries out the dough, and inhibits yeast performance. After many, many tries I finally got there and I’ve made it a few times since. Here is a photo of my double chocolate babka from February this year: 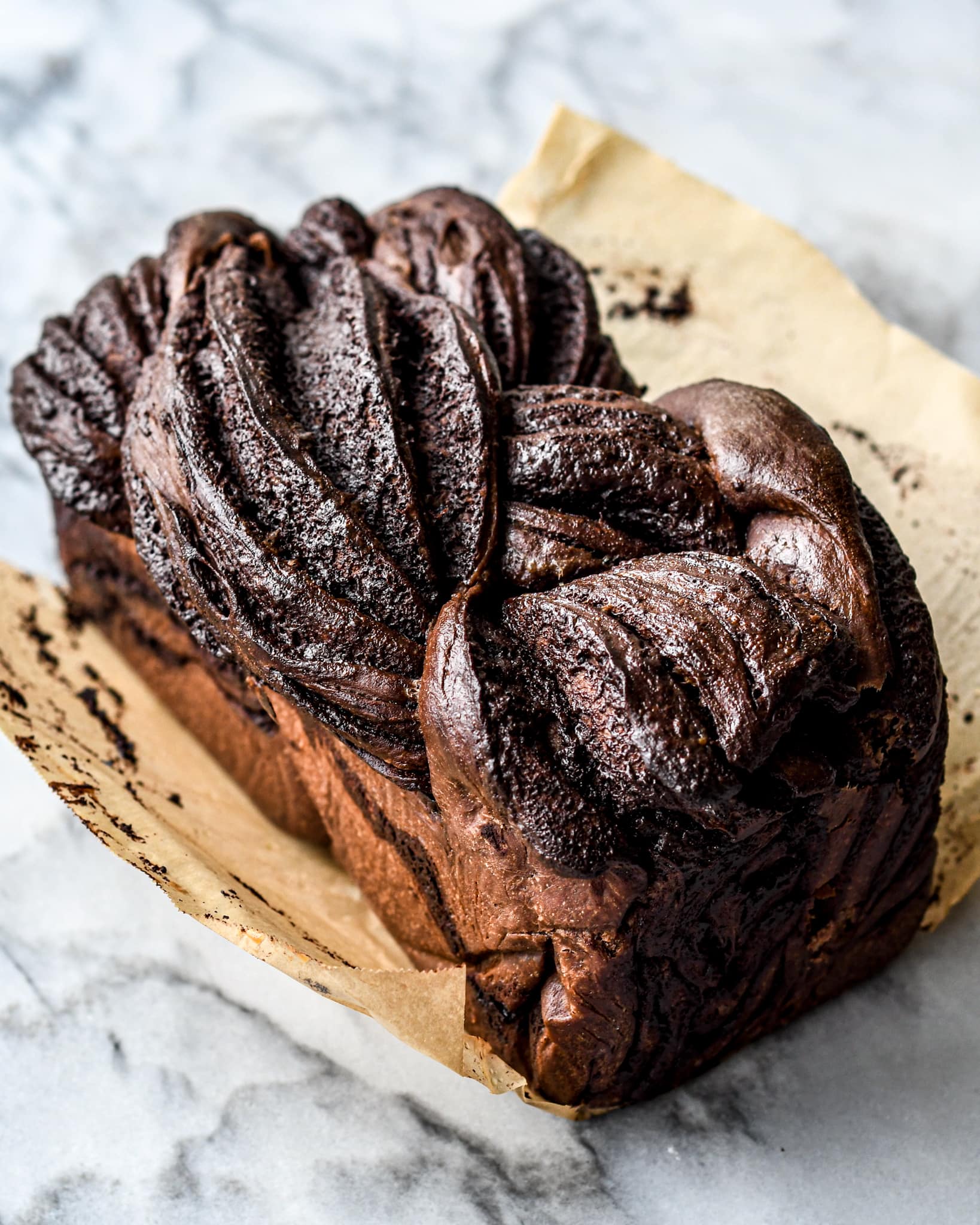 As beautiful and delicious as it was, I realized something about all babka in this process – you mostly taste the filling. Whether I made it with the usual plain challah dough or the cocoa dough recipe I developed, the filling dominated. So, I decided to use the dough to create something else. 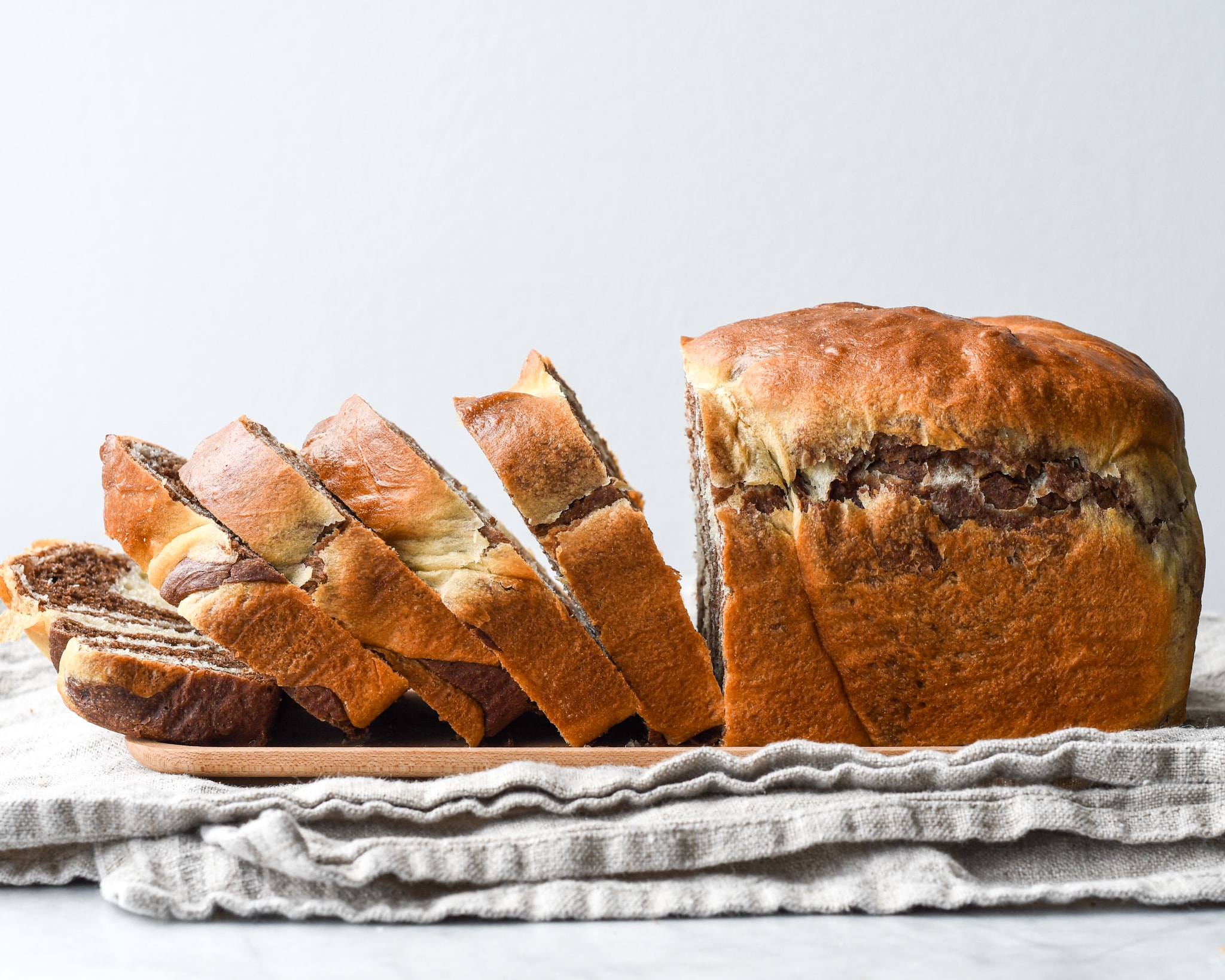 I first saw a two-toned dough in this pic on instagram and was floored by how pretty it was. No method was shown but I saw something similar a few weeks later on this site and deduced how it was made. I saved a screenshot, and forgot about it until I was looking at my baking plans for summer and saw that my double chocolate babka was still hovering over my blog agenda. When I ponder over things long enough, an image will randomly pop into my head and that’s exactly what happened. I pictured a chocolatey dough swirl within the plain dough. I knew that keeping a plain dough would give me the pretty contrast I wanted. And what made me even happier once I made it was that we realized that the cocoa dough did come through in taste – as my husband described it, it had the taste of chocolate without the sweetness. Success!

The recipe requires you to make two small separate doughs, allow them to rise separately and then roll each out and fold them together for a second rise. Honestly, it’s super easy and totally worth the extra dough-making. And since you don’t have any of the added sweetness it makes a great breakfast bread. It’s basically a really great challah bread with hints of cocoa and it’s absolutely gorgeous to boot. 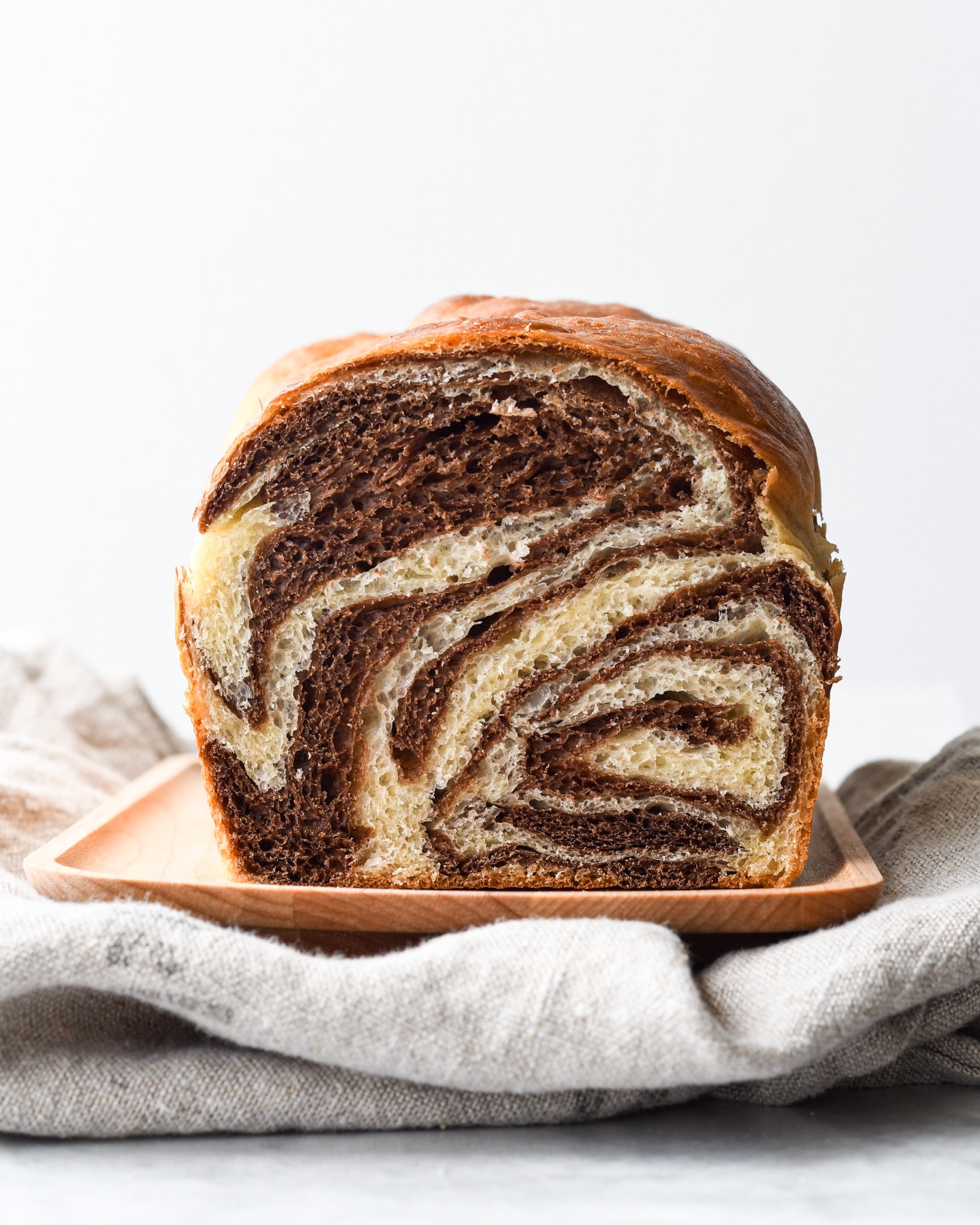 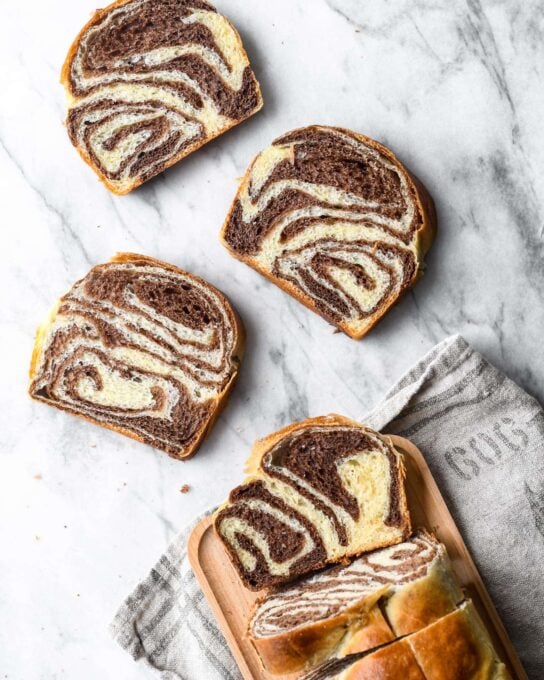