Super soft and fluffy milk bread challah shaped into personal sized rainbows and decorated with a variety of seeds for color. A fun project to do with the kids, plus these make a delicious and beautiful dinner side dish! 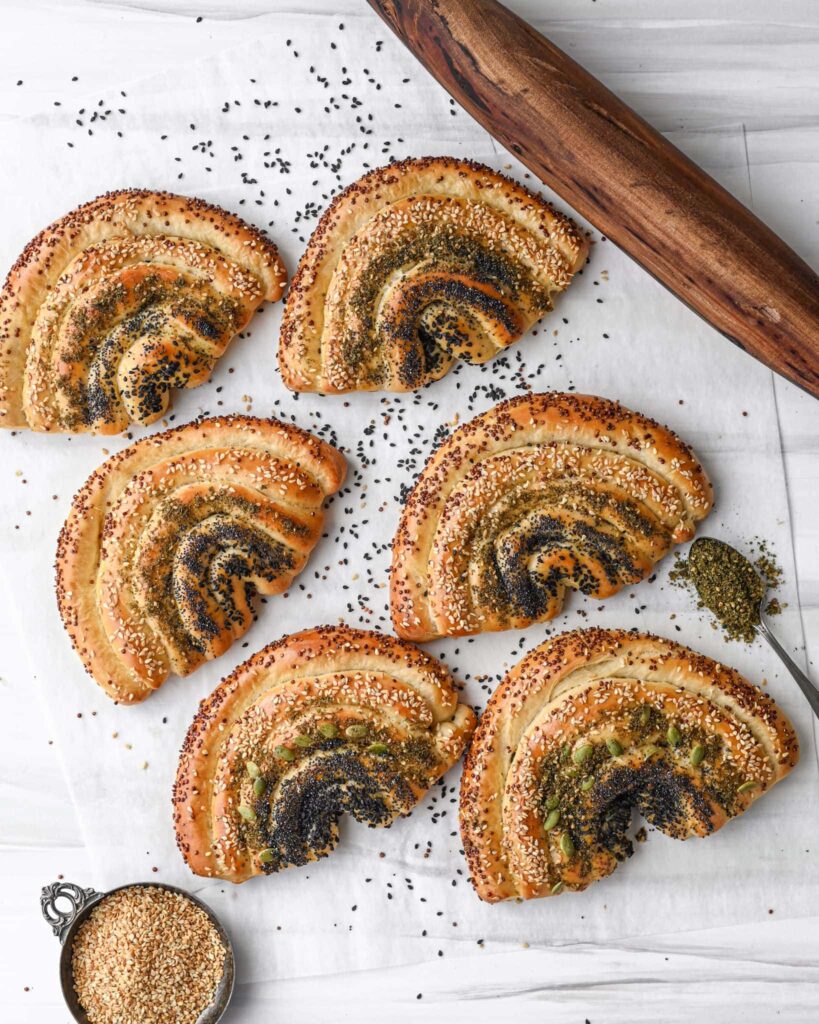 Super soft and fluffy milk breads shaped into personal sized rainbows and decorated with a variety of seeds for color. A fun project to do with the kids, plus these make a delicious and beautiful dinner side dish. 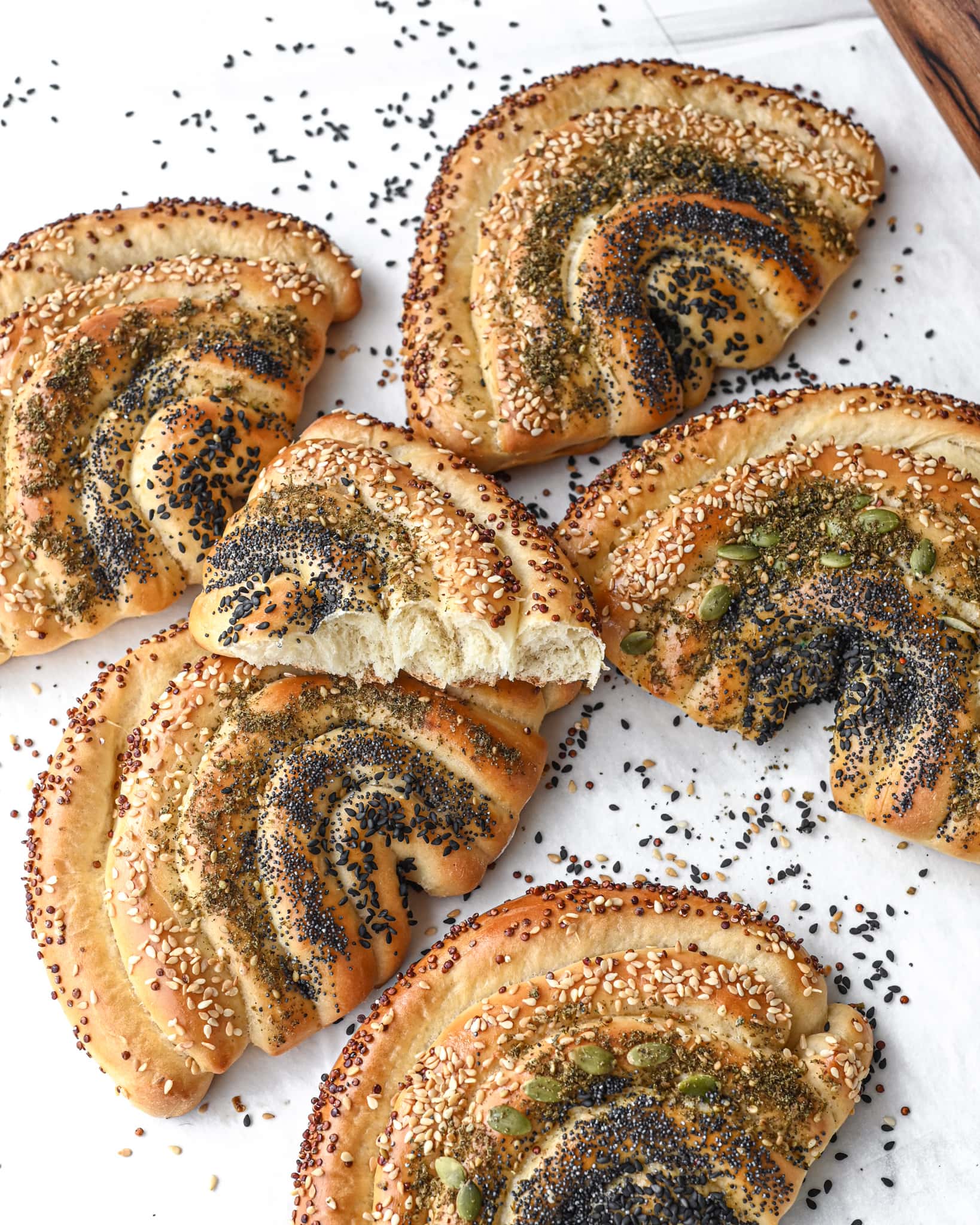 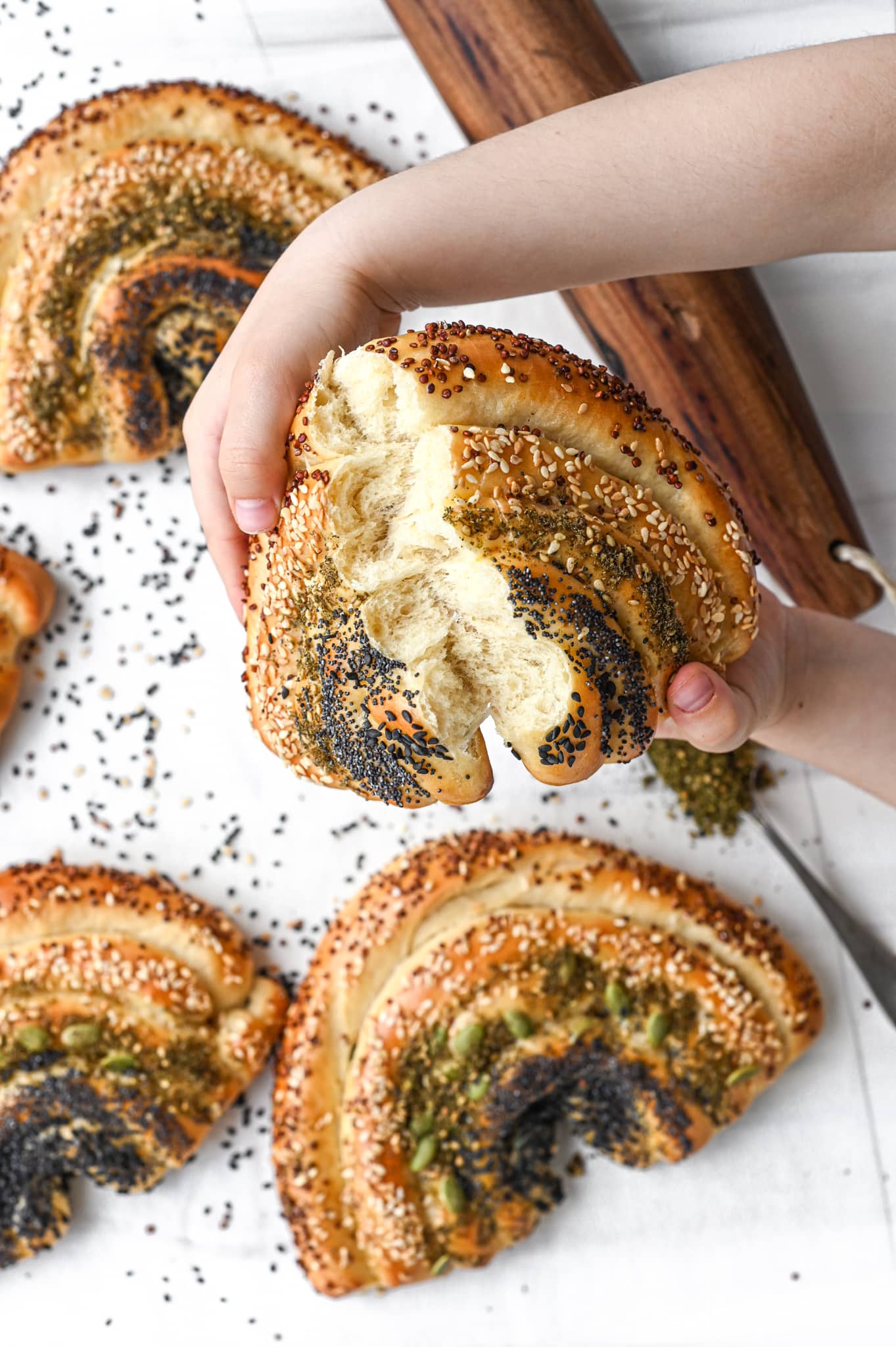 First, do you see how wonderful the interior is from the above pull? That’s the beauty of challah made in the style of milk bread.

Of course you could make these into balls and bake them on a tray and have a perfectly good milk bread bun, but where’s the fun in that? These are a labor of love, it takes some time to roll out each strand and sprinkle the strands one at a time with the toppings but oh, the cuteness! We’re taking the side dish cutometer to level 100 here. 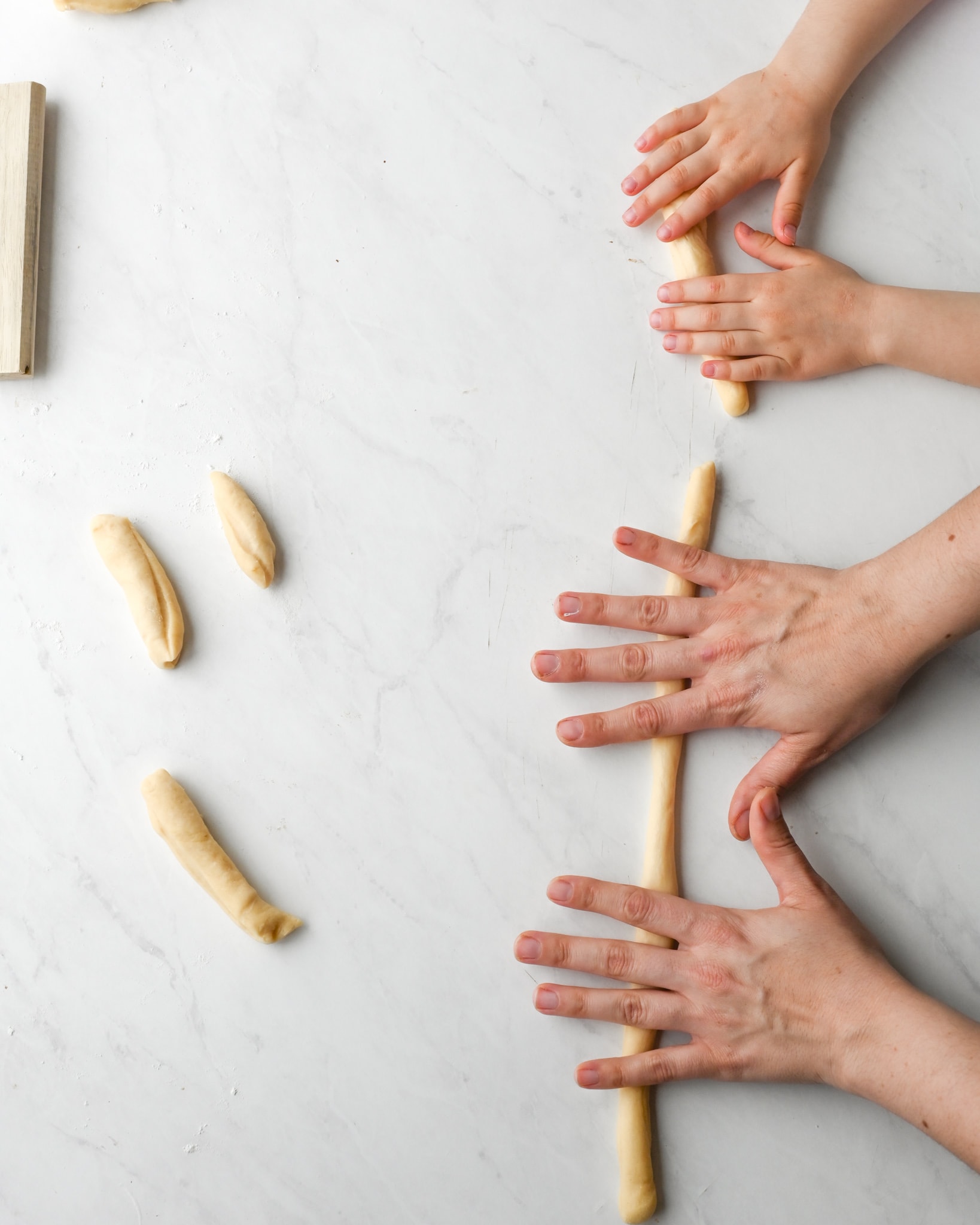 How to make Milk Breads

If you’ve made my milk bread babka before, this will be a very familiar dough. I use a Japanese method which involves cooking liquid together with some of the flour to create a paste called a tangzhong. This stops some of the gluten from forming in the dough so you get a very soft bread.

Once the paste is made you’ll only need to prove the yeast. Everything goes into the bowl together and it kneads for about 10 minutes. I like to do the first rise overnight in the fridge as it makes the dough easier to work with but you can also do it at room temp for a shorter period. 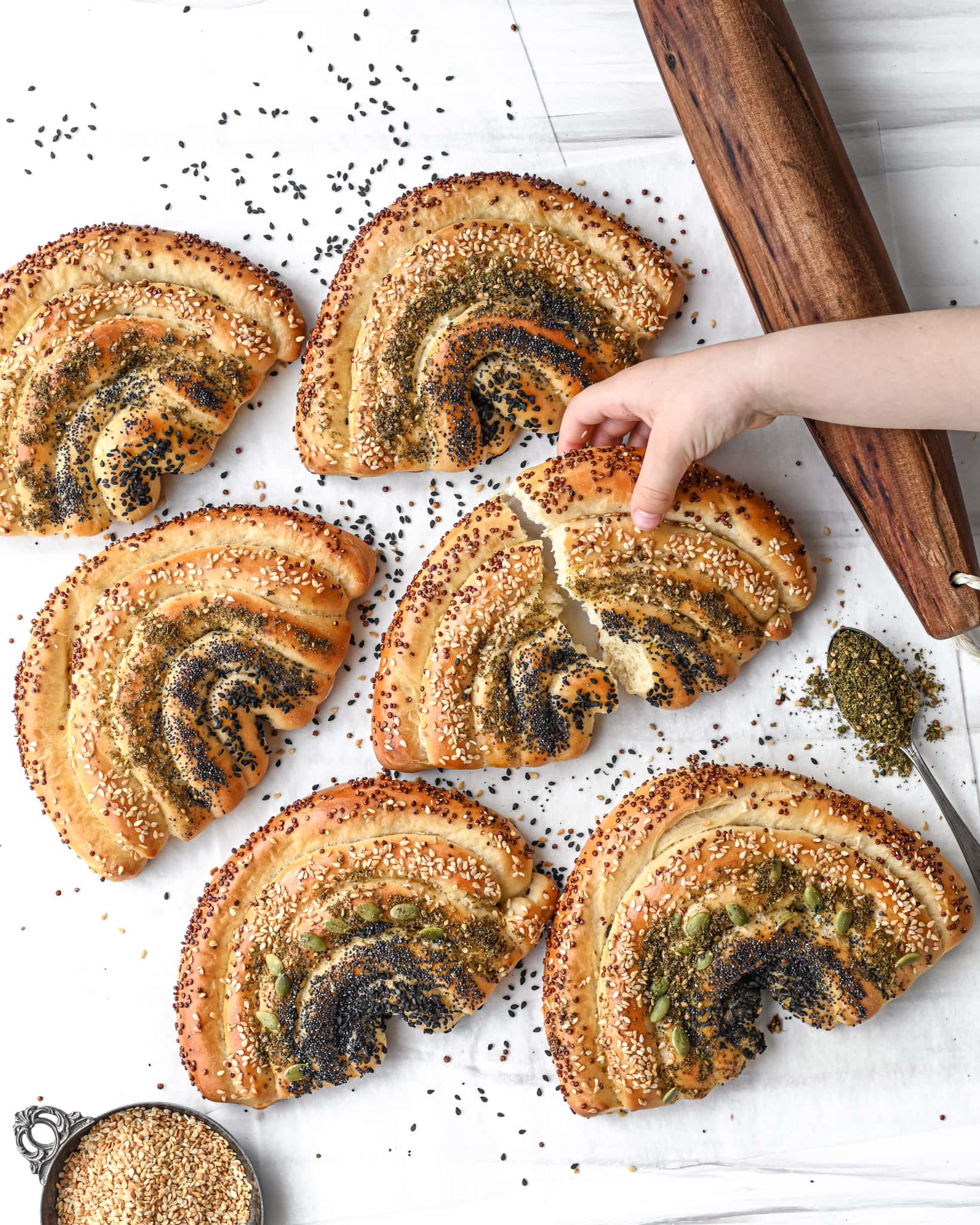 How to shape Milk Bread into Personal Rainbows

Once the dough has had its first rise it’ll be time to shape. Divided into eight portions, this makes breads that are about eight inches wide and six inches tall. You’ll divide each of those eight into five smaller portions; using a bench scraper to cut it into five pieces that are descending in size. The goal is to have five strands, each decreasing in size, to shape into arcs. The longest will be the top arc, the shortest will be the bottom. The pics below will help you.

You’ll want a variety of seeds or small nuts for a rainbow effect. Look for 5 different seeds of varying colors and arrange them how you like, I have a suggested list below. You could also do without the toppings altogether and just shape rainbows.

Btw, the little strands you cut off once you even out the bottom of the rainbows can make the cutest little clouds!

Super soft and fluffy milk breads shaped into personal sized rainbows and decorated with a variety of seeds for color. 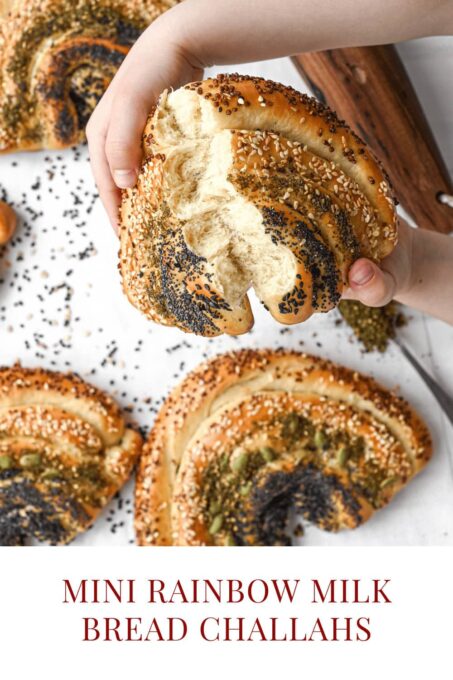 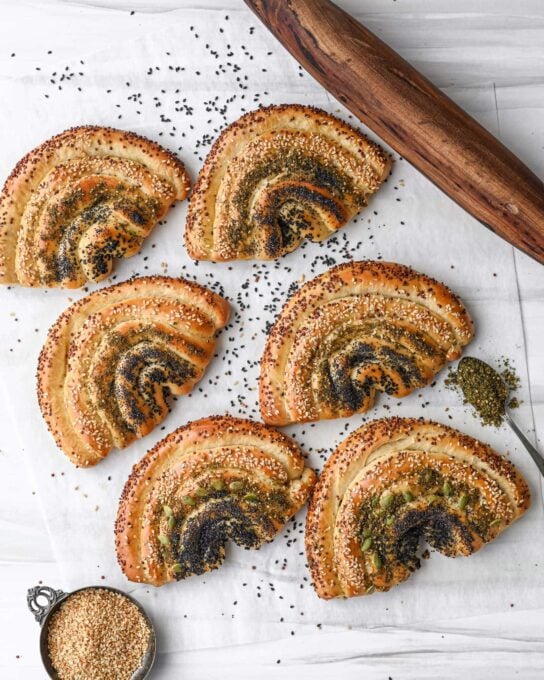