Super super soft and gooey cinnamon rolls made with sour cream and a hint of nutmeg! These sour cream cinnamon rolls are reminiscent of an old fashioned donut (minus the fried bits). The sour cream does crazy things for this dough, makes it so incredibly tender once baked. 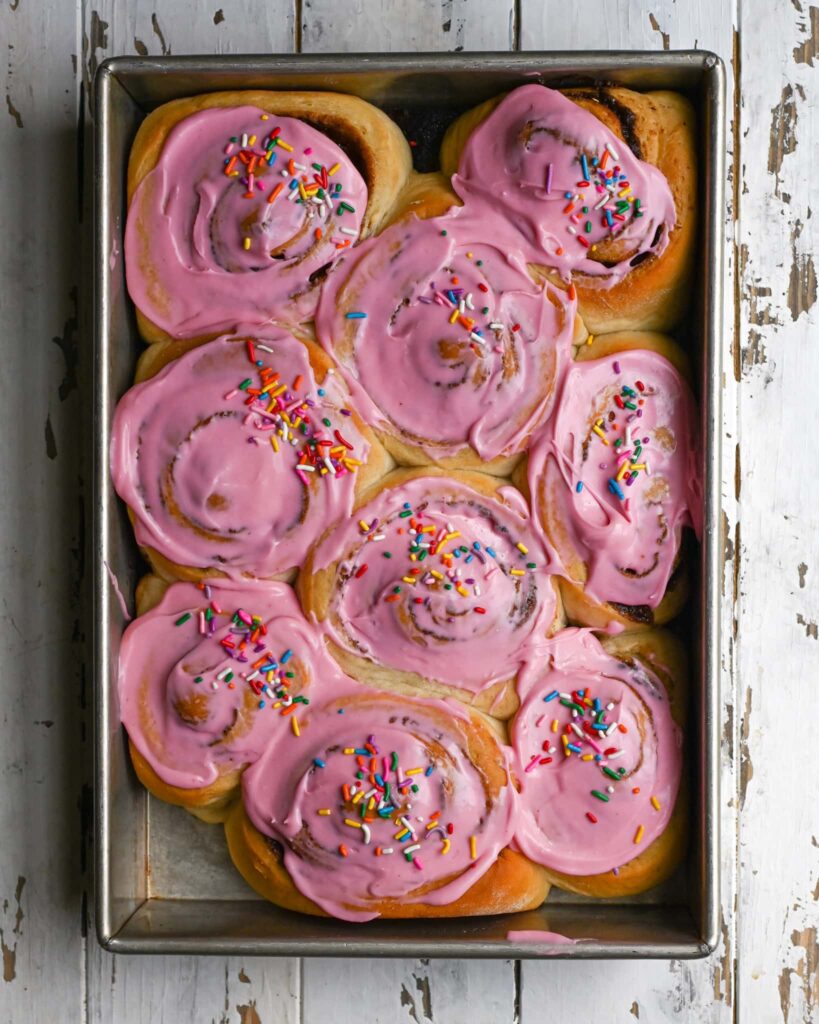 Super super soft and gooey cinnamon rolls made with sour cream. The sour cream does crazy things for this dough, makes it so incredibly tender once baked. 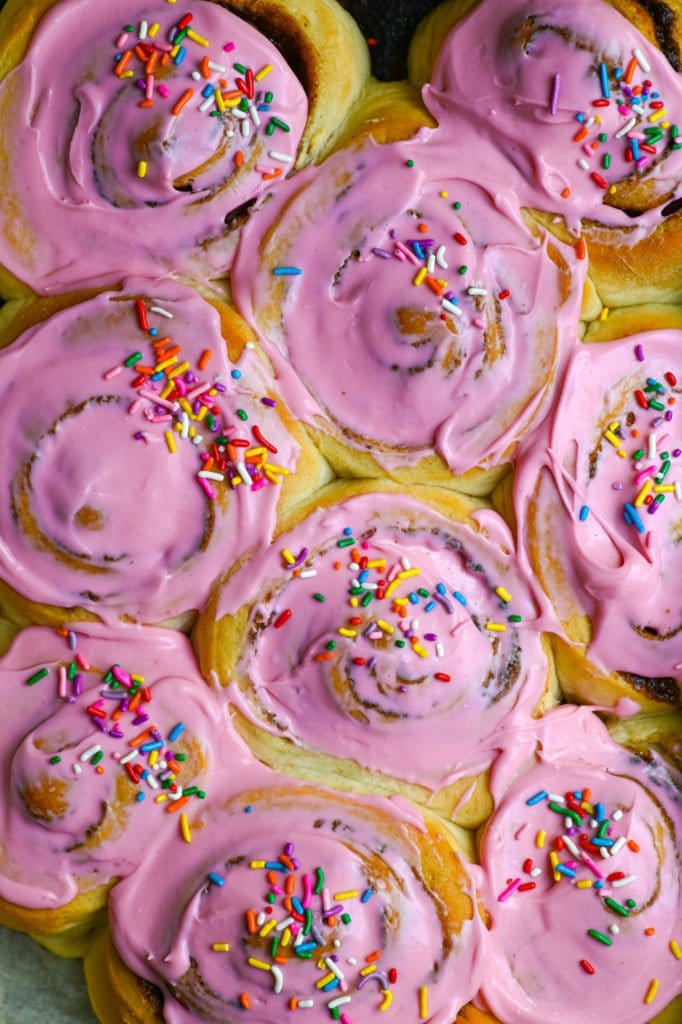 Honestly the best word I can use to describe these is: SMOOSHIEST ROLLS. Because they are so unbelievably soft and gooey and all I want to do is smoosh my face into them (and eat them. All of them!)

My daughters have this book, Pandas Eat Pickles, and I was reading it to my youngest one evening and noticed that the ‘donut’ and ‘cinnamon roll’ illustrations were on the same page. I stared at them for a moment and my brain went: “MAKE DONUT CINNAMON ROLLS! With sour cream! And nutmeg! It’ll be like an old fashioned donut cinnamon roll!”

So I did! And they were so good! A few weeks later I made them again and loved them even more, I think I also proved them better the second time, and they were even… smooshier. The hint of nutmeg makes these smell like Christmas and reminds you of a donut but what you have really is just a crazy awesome cinnamon roll. Don’t skip that icing! 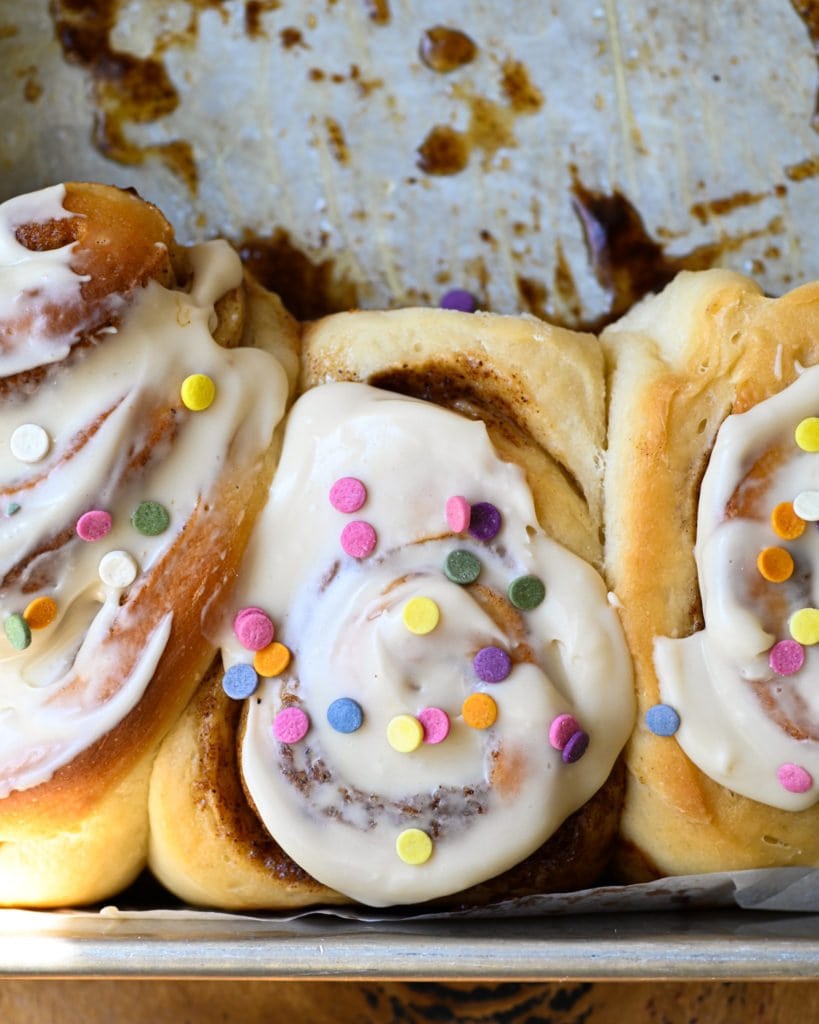 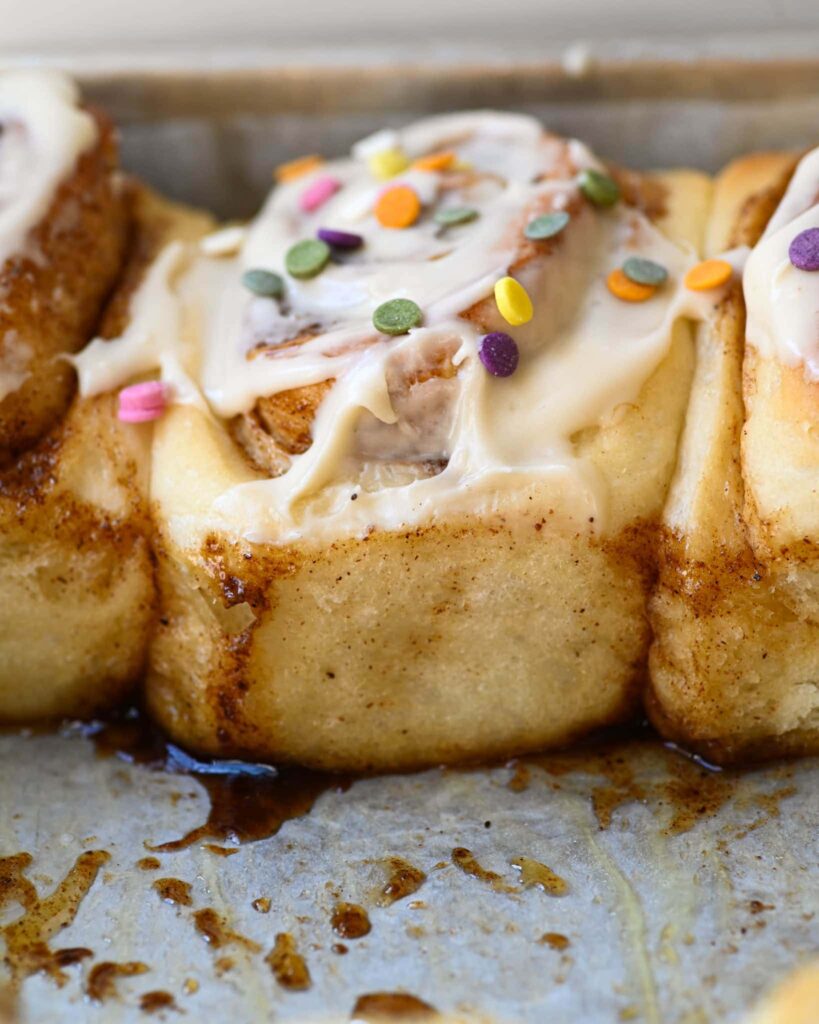 Can I make the dough the same day as opposed to an overnight rest?

Yes, this can be done from start to finish on the same day. Judge your dough by how it looks and feels to know when it’s done rising.

Can I make the dough fully the night before?

Yes, make the dough, do a first rise, shape, then set them in the fridge overnight. The next morning let them come to room temperature and then ensure they have risen enough (press your finger into the dough, if it leaves an indentation and doesn’t spring back immediately it’s ready).

How to get the perfect glaze consistency?

To get a thick glaze add the heavy cream or milk sparingly; add a tablespoon at a time until you get the consistency you want.

How to store these sour cream cinnamon rolls?

Once baked and glazed these can be stored at room temperature. Cover them tightly with plastic wrap so they don’t dry out.

The softest, fluffiest cinnamon rolls ever - made with sour cream. 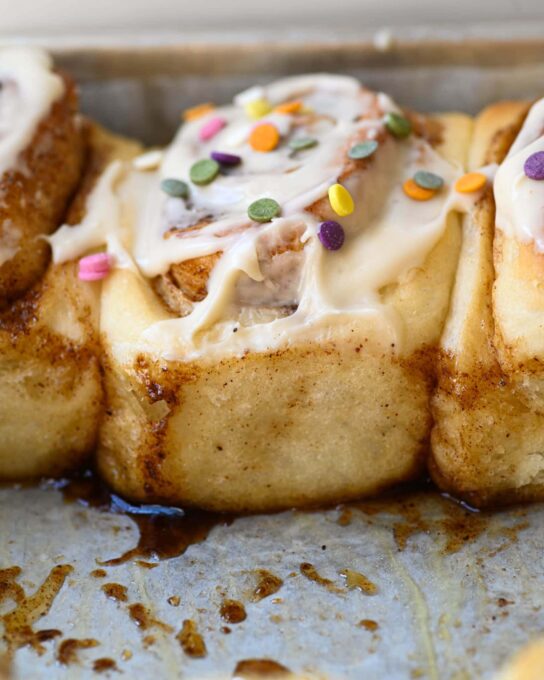 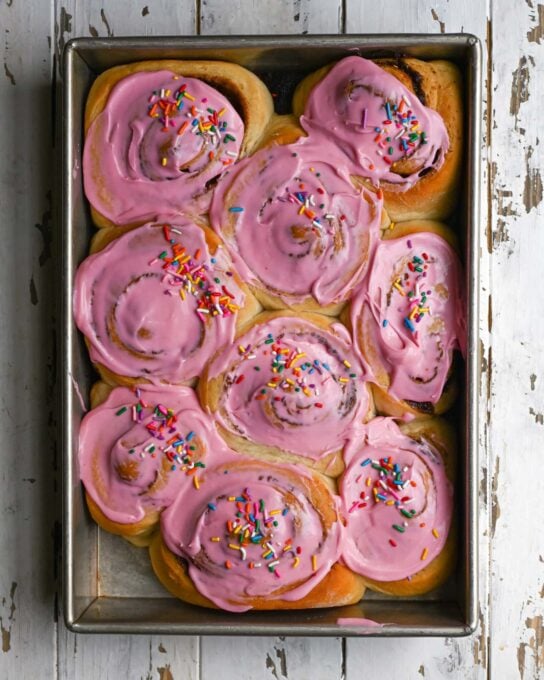