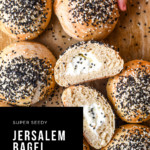 These combine the best of both bagel worlds: a quick and easy dough using ingredients you already have in your pantry and are exploding with as much cream cheese as your heart desires. Toppings and fillings can be manipulated to your liking. 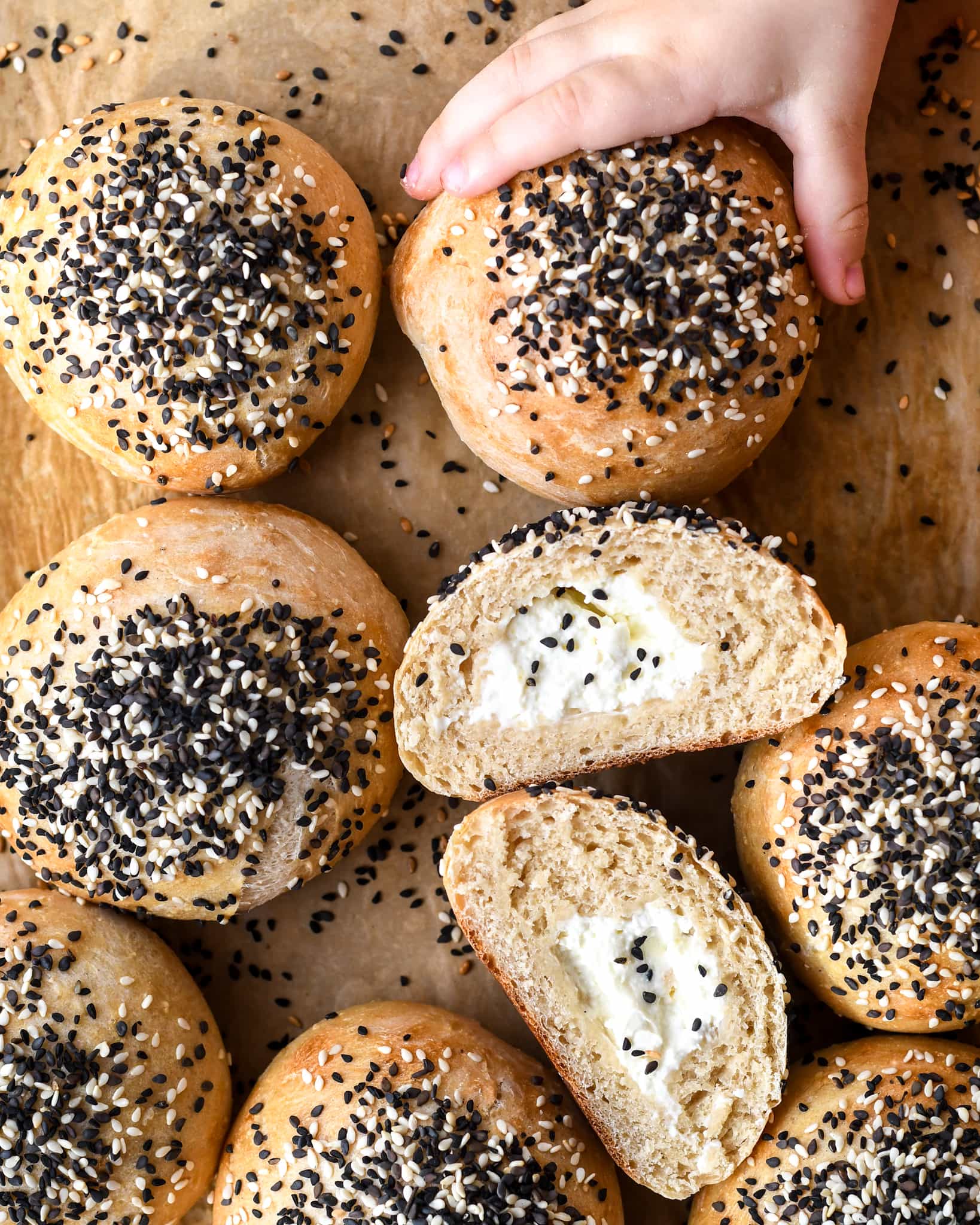 For a very long time I was really intimidated by the process of bagel making – how could something so perfect be made without some special machinery or experienced talent?? The first bagel recipe I tried making was a Jerusalem style bagel which was very approachable and didn’t require boiling. As I gained more confidence I tested a few more recipes that promised me something more like the new york bagel. One of my favorites from those trials was from Alexandra Cooks which was oh, SO good (definitely make it if it is the NY bagel you desire). I then went down a bagel hole, read about the different types, learned how ny and jerusalem styles were different, how the boiling process locked in more chew, and that a special ingredient was necessary for that unique bagel taste. I stumbled upon and totally recommend this hilarious article, which tickled the picky foodie in me, even if I do not agree with the idea that there could ever be too much cream cheese. And as I kept on through this homemade bagel journey, I kept coming back to the Jerusalem bagel.

What is a Jerusalem bagel bomb?

A jerusalem bagel is different than its new york counterpart in a few ways – it is softer, more bread-like in texture, and most importantly for home bakers, a hell of a lot easier. There’s no special ingredients, you need only a 1-2 hour first rise and a tiny rest after shaping, and there is no need to boil. I love it for its simplicity and its ability to produce a delicious baked good with little time and effort.

I got the idea to turn these bagels into ‘bombs’ after visiting this yummy place, although there I could taste that they had been previously frozen (as expected with a customer base as large as theirs). I wanted to try making them fresh – after all, a bagel is best 30 minutes after it has come out of the oven. This article via KAF helped me figure out how to convert the recipe and I used some of the tips I had picked up from other bagel recipes to make these into perfect ‘bombs’.

I made them again, and again. I tried them with a boil and without, with whole wheat flour, ap and bread flour. I tried them with different toppings (including zaatar, yum!), and basically they have made a regular appearance at our brunch table and we are all so glad I finally found my way here. 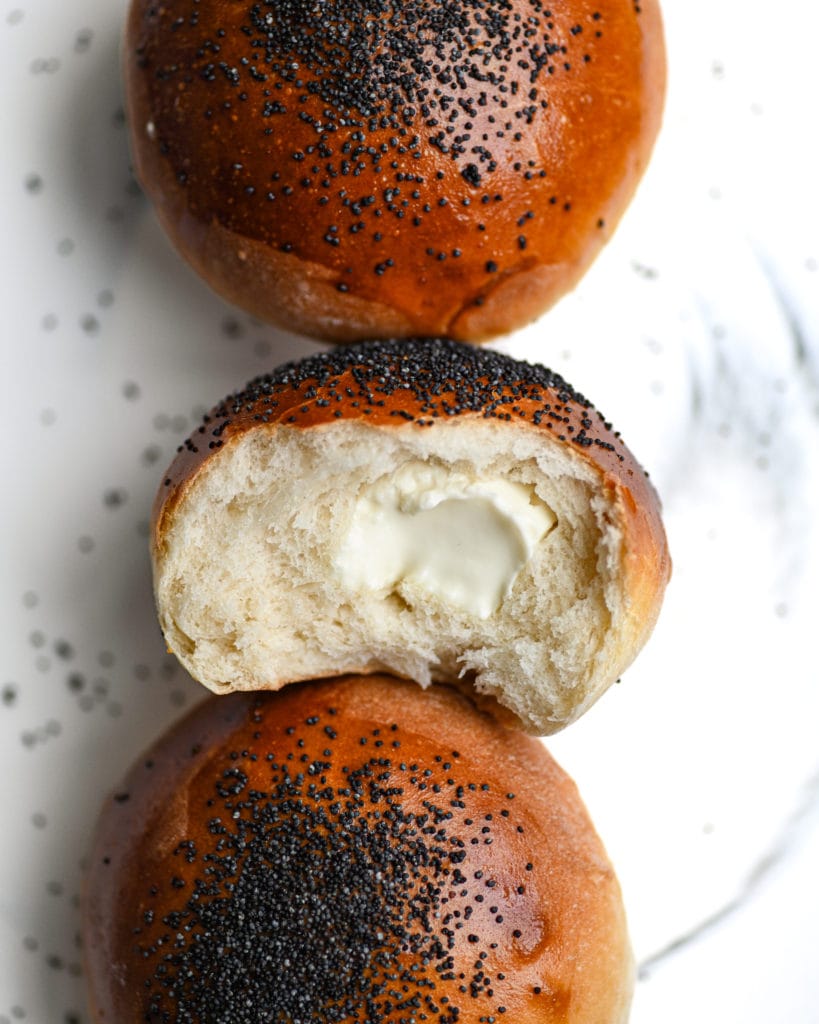 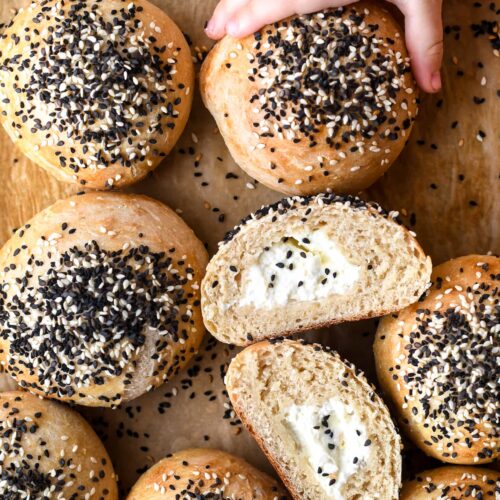 An easy dough made in the style of a Jerusalem bagel, stuffed with cream cheese and covered with all the seeds.
5 from 15 votes
Print Recipe Pin Recipe
Prep Time 20 mins
Cook Time 15 mins
Course Breakfast, brunch, Side Dish, Snack
Servings 8