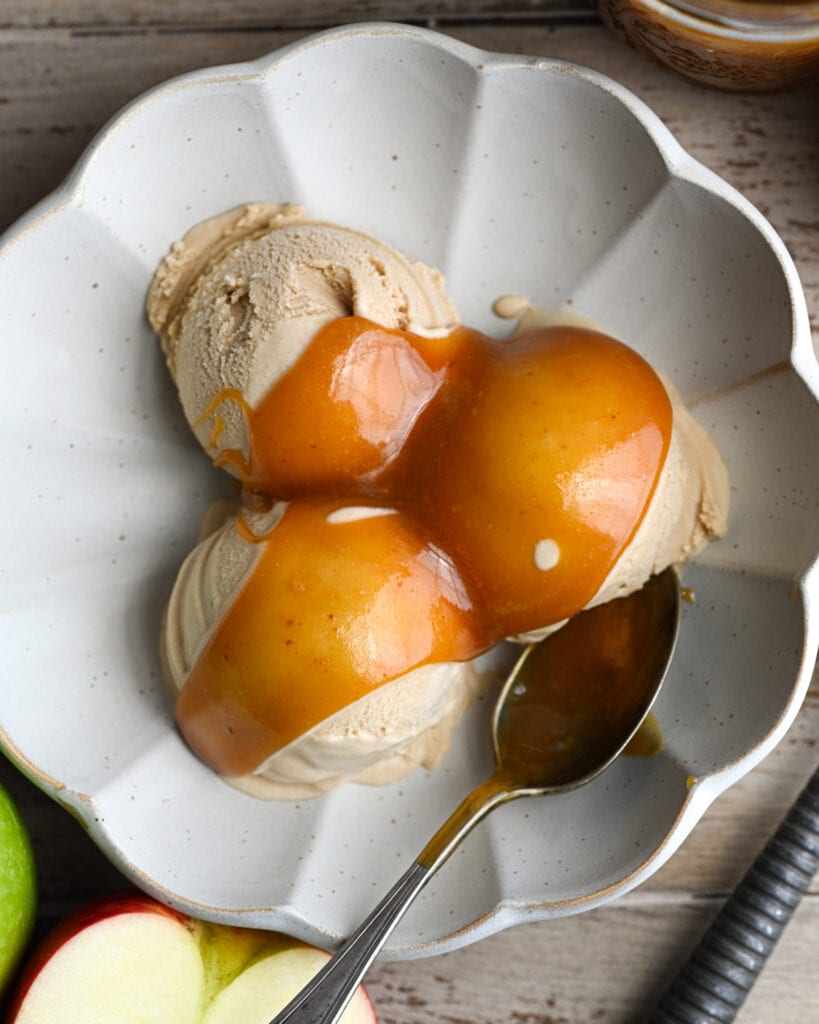 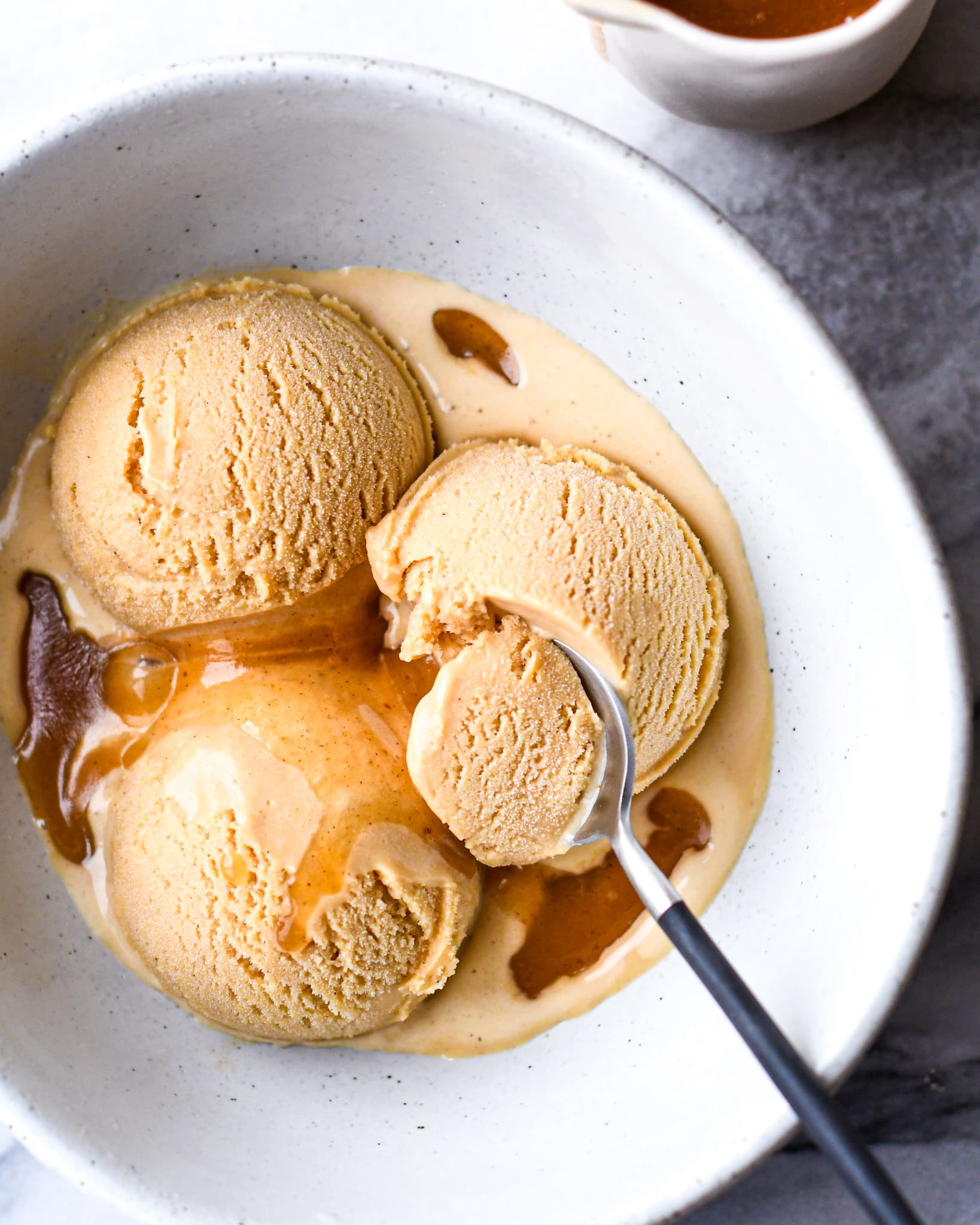 This ice cream came about after making Deb’s apple cider caramels years ago. It’s a fabulous recipe and uses one of my favorite techniques: reducing cider to intensify the flavor. The base caramel for my ice cream is very similar to hers but has been adapted to fit a caramel for ice cream.

The result is a wonderful fall flavor that screams apple and cider and has undertones of caramel and cinnamon. It’s deliciously smooth and creamy and somehow not a heavy flavor, like a cider donut in ice cream form. 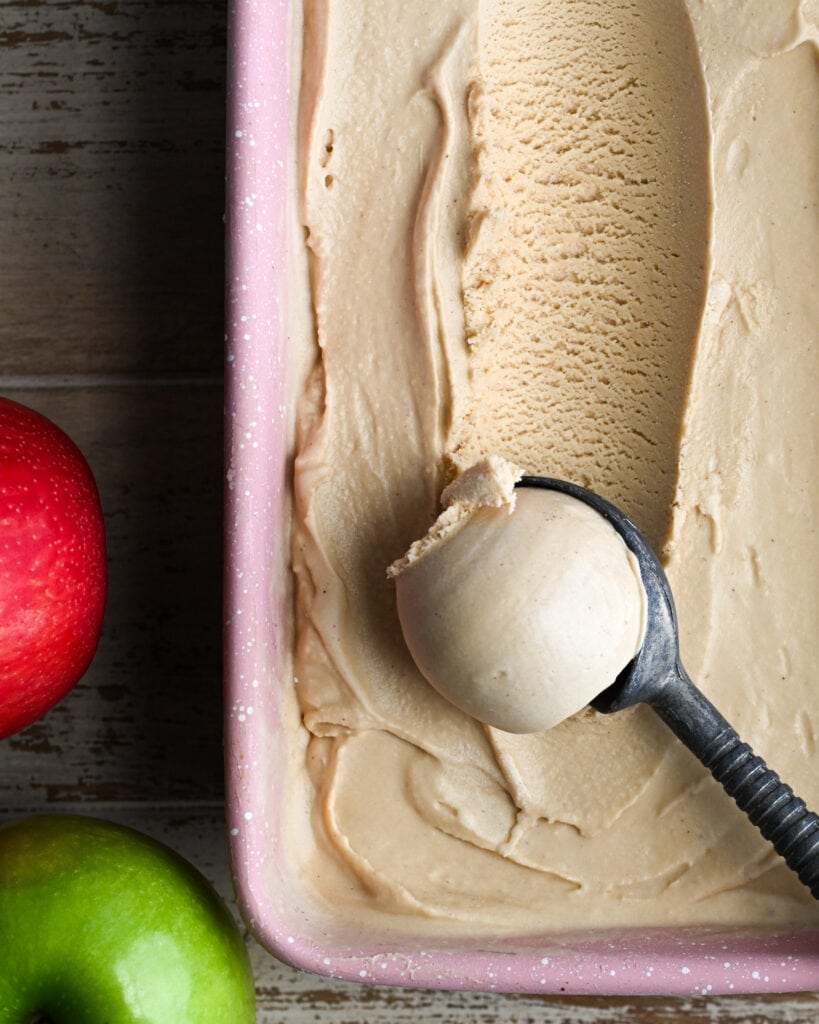 Ingredients for this recipe

Apple Cider: Fresh unfiltered apple juice labeled as ‘cider’. It’s not vinegar, it’s not alcoholic and it’s not apple juice and none of those will serve as a substitute here.

Brown Sugar: While it’s easier to come by light and dark brown sugar for this, I do love using muscovado sugar here so if you have it use it!

Butter: Unsalted, no need to soften it.

Cinnamon: this is the only spice I use here but you are welcome to add some nutmeg, ginger, cloves, cardamom; any fall inspired spices that you love.

Heavy Cream: Heavy or heavy whipping cream; no substitutes will do.

Milk: I prefer whole milk but a 2% would do too. Anything lower will give a less creamy result.

How to make this ice cream recipe

What would this cider ice cream recipe taste good with?

First, I must tell you I love it most with bits of caramelized white chocolate; to add them you’ll melt the chocolate and drizzle it in after you’ve churned it.

Even though this is made with a different kind of caramel, a spoon of apple cider caramel tastes delightful with it.

But also, this is truly wonderful on or with pumpkin or apple pie, served with apple cider donuts – basically take any fall flavor and add this and you’ve got a golden dessert. 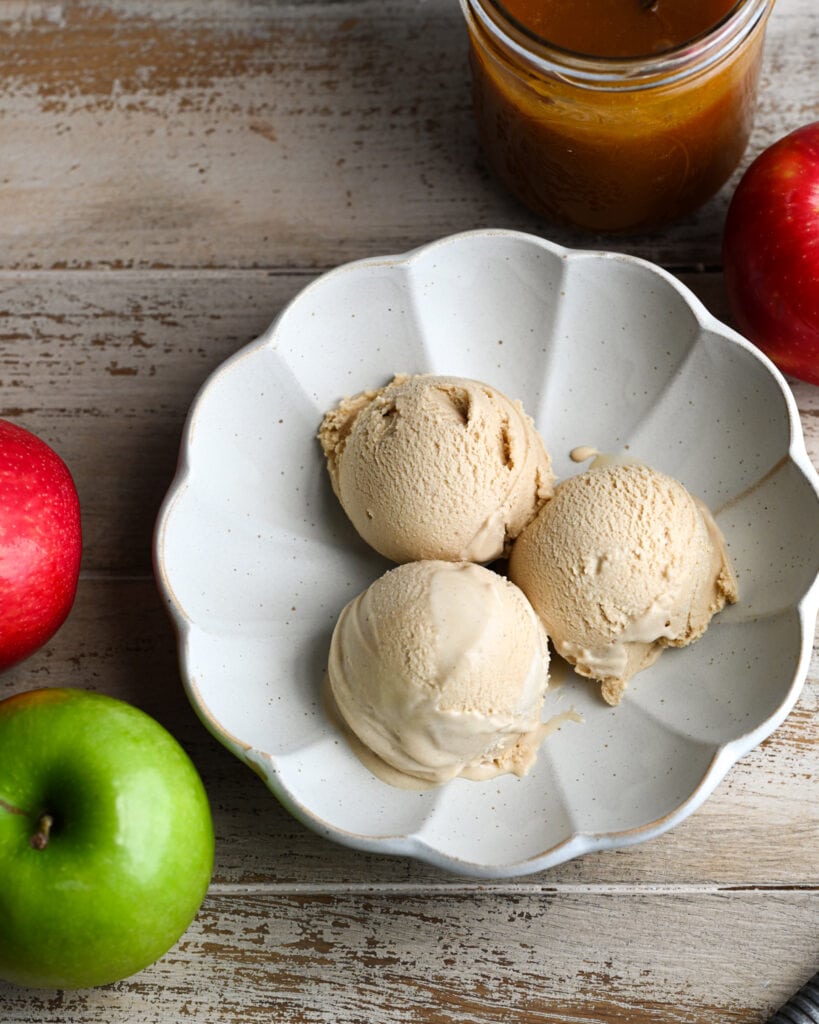 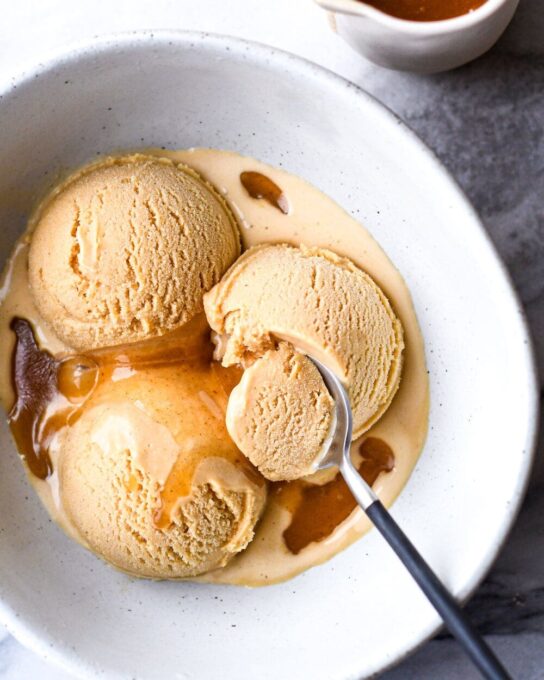 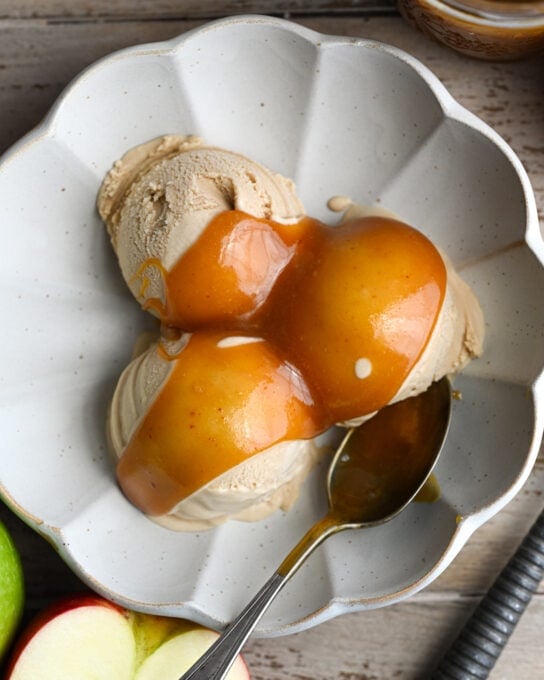