The most perfect pie topping: a smooth meringue made out of fresh apple cider juice, seasoned with vanilla and cinnamon. 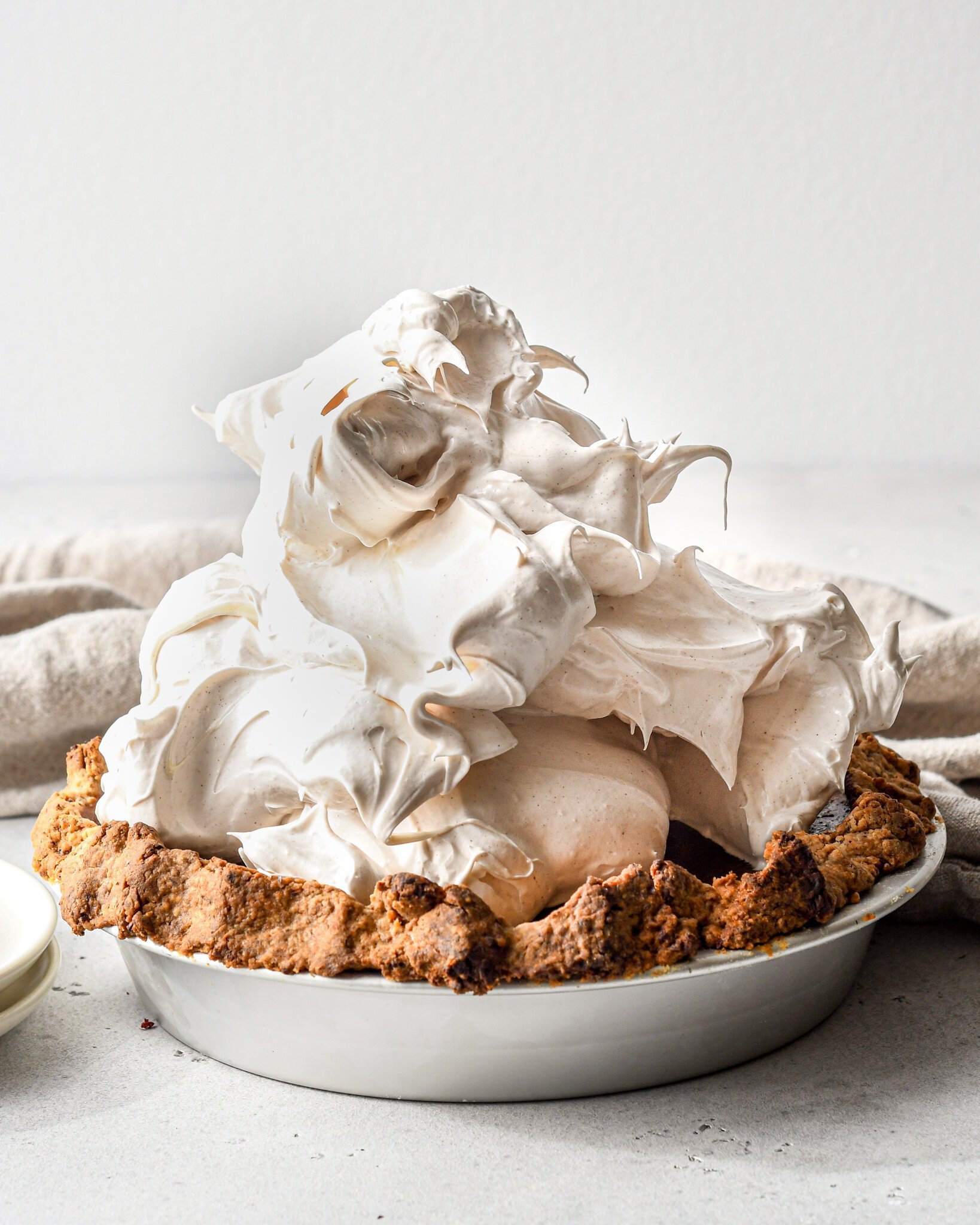 This meringue… guys, THIS MERINGUE!

Before I got into the confectionary business (read: made 10 different varieties of marshmallows for christmas gifts last year lol) meringues always sounded super intimidating. But the truth is, for an Italian meringue the most important thing is knowing when to stop whipping. Stiff peaks is when you take the whisk out and the shape holds – that’s it. And yeah, it takes longer than you think, but just keep watch and check it now and then by removing the whisk and holding it upside down – if the meringue flops, it needs to keep going.

The other part to get right for this recipe is the ‘candying’; getting the sugar/juice to soft ball stage. This is the same as you would do for marshmallows. Luckily, a candy thermometer will do the work for you here. 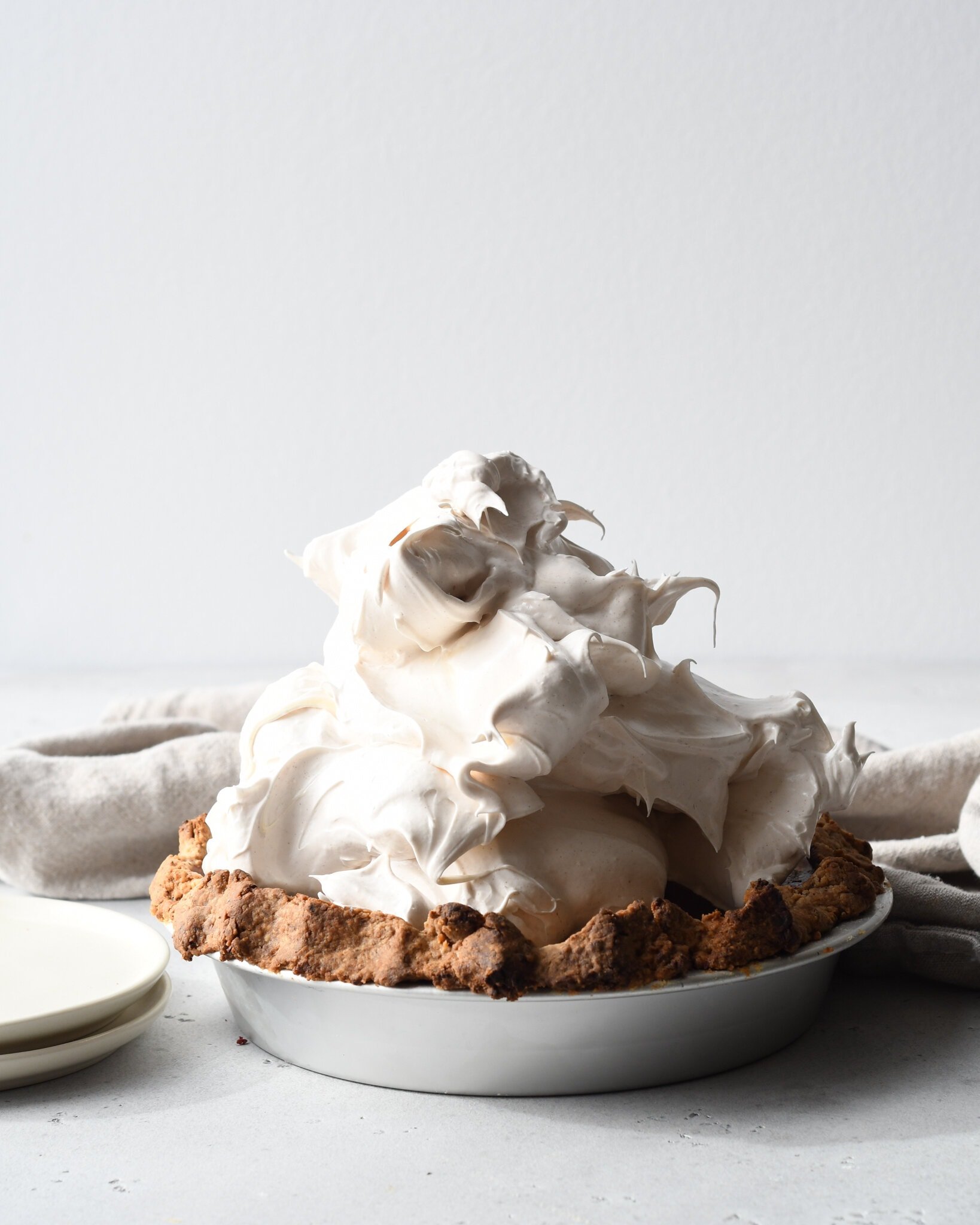 I first saw the technique of using a candied sugar & juice here at Saveur to make a meringue. This opened up a world of possibilities – bland meringues be gone! It’s cider sweet but also a bit tart. Some cinnamon and vanilla round out a lovely seasonal taste. It’s INCREDIBLY fluffy. You won’t have to worry about any grainy bits because the sugar is melted before it’s added to the egg whites. It’s like a giant marshmallow but BETTER… and ok – it may be the meringue form of these and that’s no bad thing. I made it to top our thanksgiving pumpkin pie and honestly, I can’t see myself making anything else for a pie from here on. 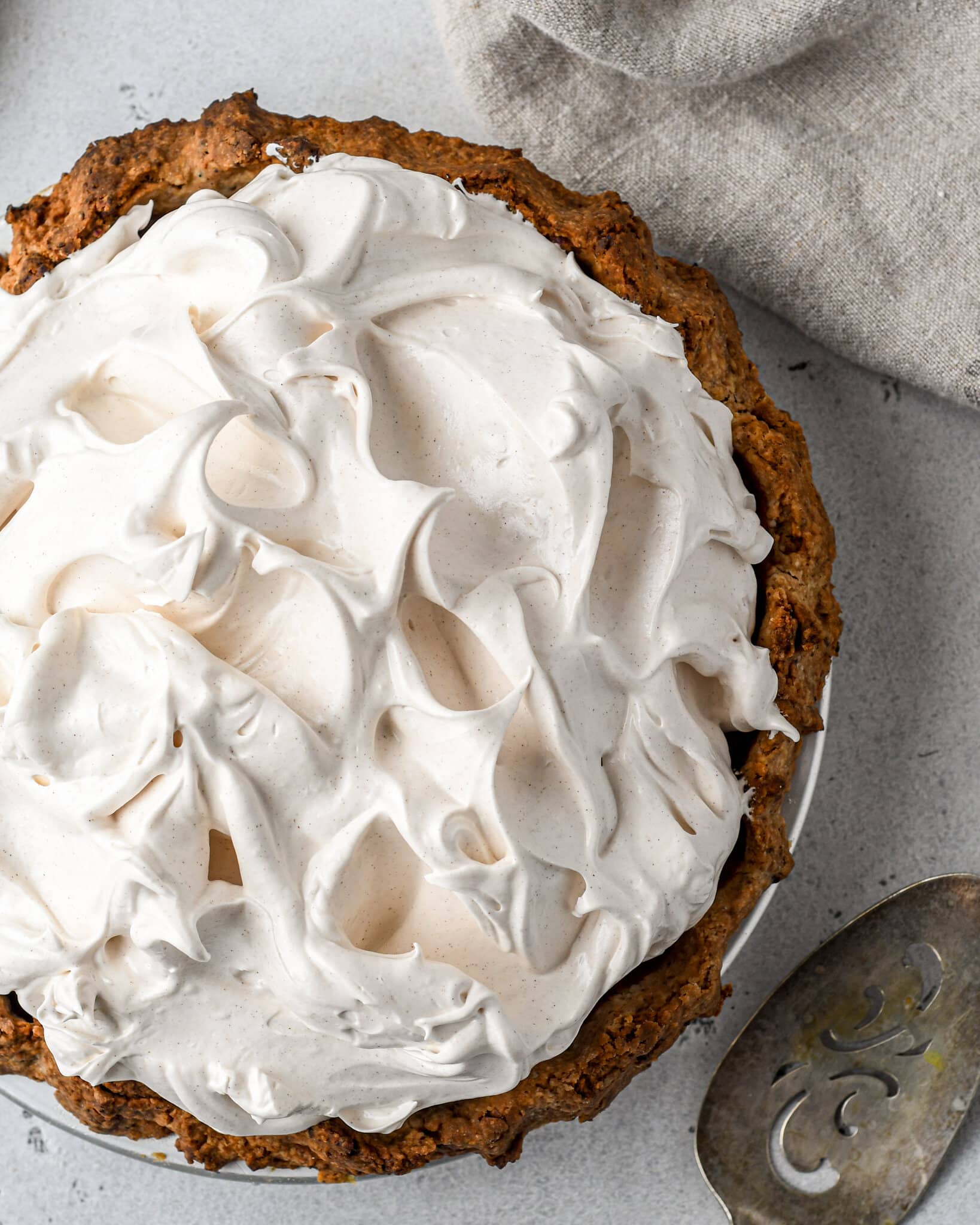 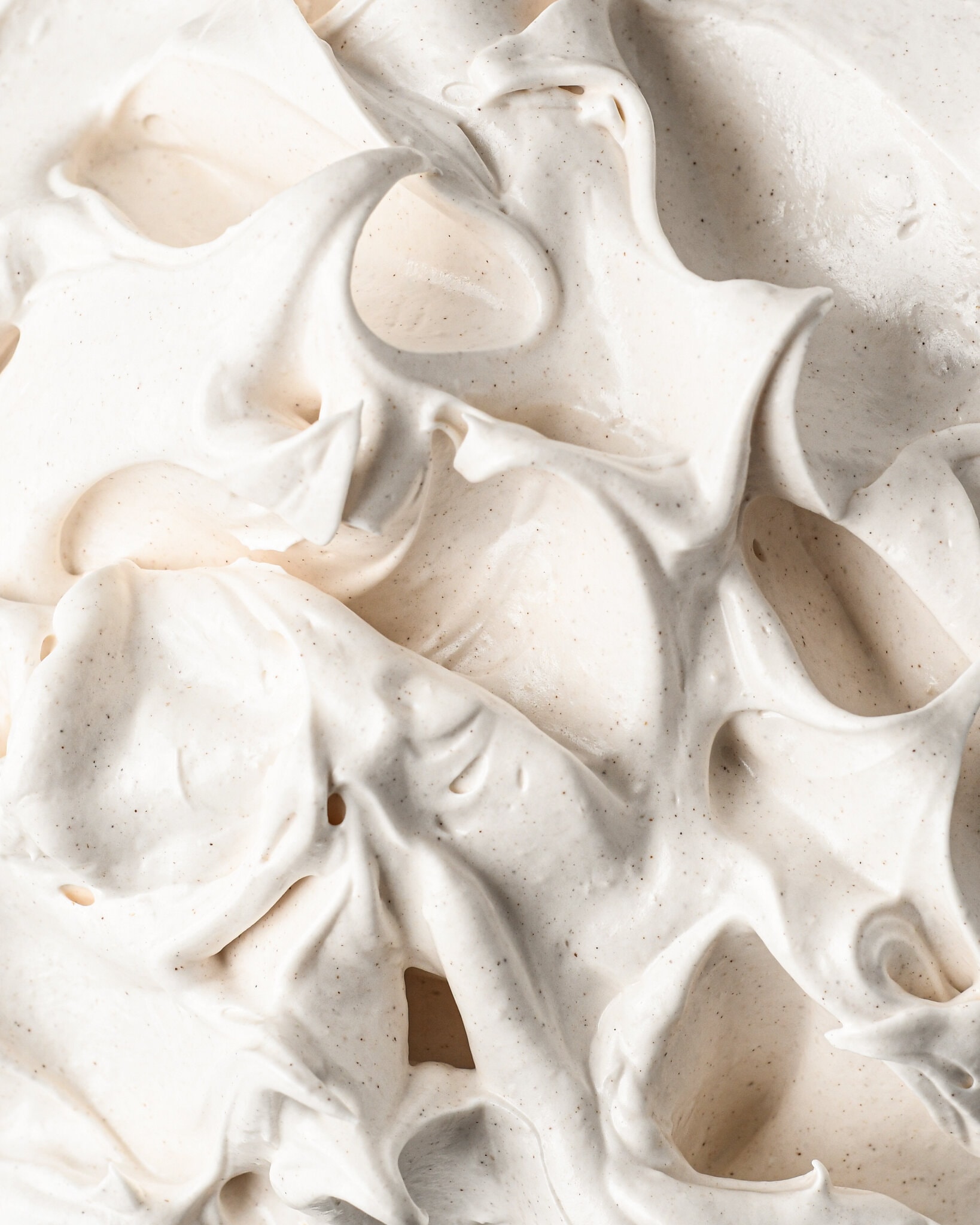 Note: the meringue shown was actually 1.5x the amount listed below, so 6 egg whites and 1 1/2 cups of sugar and 3/4 cups cider. As much as I loved it I think the recipe I’ve listed below is more practical. It’ll still be more than enough to top your pie! 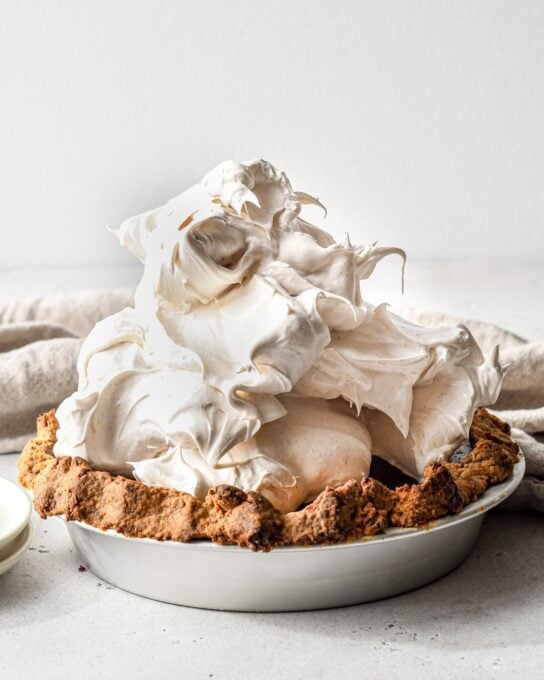