This cheesecake is both tart and tangy, super creamy yet light. Move over pumpkin – apple cider is the new fall favorite cheesecake! A cheesecake for fall (that isn’t pumpkin!): this wonderfully creamy cheesecake is made with reduced fresh apple cider which gives it a tangy, tart and most autumn-like apple flavor. Last autumn I came up with a killer recipe for an apple cider caramel ice cream. Oh my god that stuff is good. I made it 4-5 more times after that because I was either serving it with apple pie on thanksgiving, handing tubs out as christmas gifts, or just making it because we wanted some. When cider appeared at our local markets this year, I bought some planning to make it again.

But then I did something else. I boiled down my cider and decided I wanted to venture the flavors into a cheesecake (a la this pistachio number). And oh, I am so glad I did. This recipe has a lot in common with my pistachio butter cheesecake – it’s tall, it’s SO CREAMY and yet somehow remains light (the sour cream helps). The tang from the cream cheese is complimented by the sweet tartness of apple cider. I only added cinnamon to mine but I can imagine adding other types of mulling spices (cloves, allspice, etc) would be lovely too. I followed the methodology for my basic cheesecake recipe which does away with a water bath (which I find too tedious) and instead puts the pan of water in the oven to create more steam. We’ll cool it it very, very slowly to prevent it from sinking in the middle and retain that perfect texture. It’s quick to prepare (all in a food processor) but has a long bake, and an even longer cooling time in the fridge – and it is oh so worth the wait! Move over pumpkin – apple cider is the new fall favorite cheesecake! 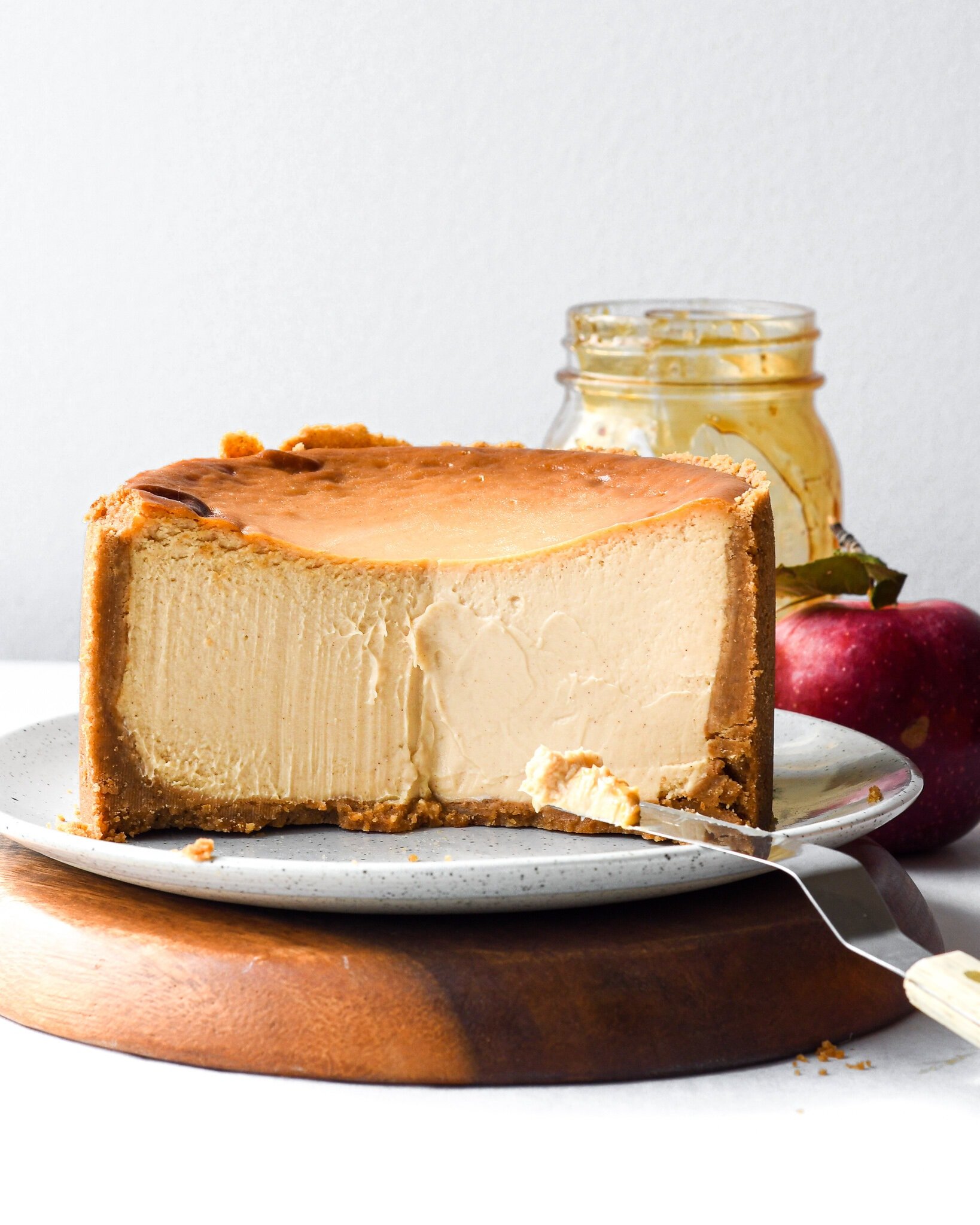 Creamy cheesecake is made with reduced fresh apple cider giving it a tangy, tart and most autumn-like apple flavor.