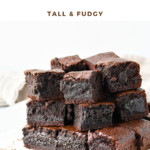 Not your average brownies: these fudgy squares will take you a few seconds to sink your teeth into, but they aren’t just special because of their height; dutch process cocoa and a unique preparation method make these the kind of brownies you want to take to any and every occasion. 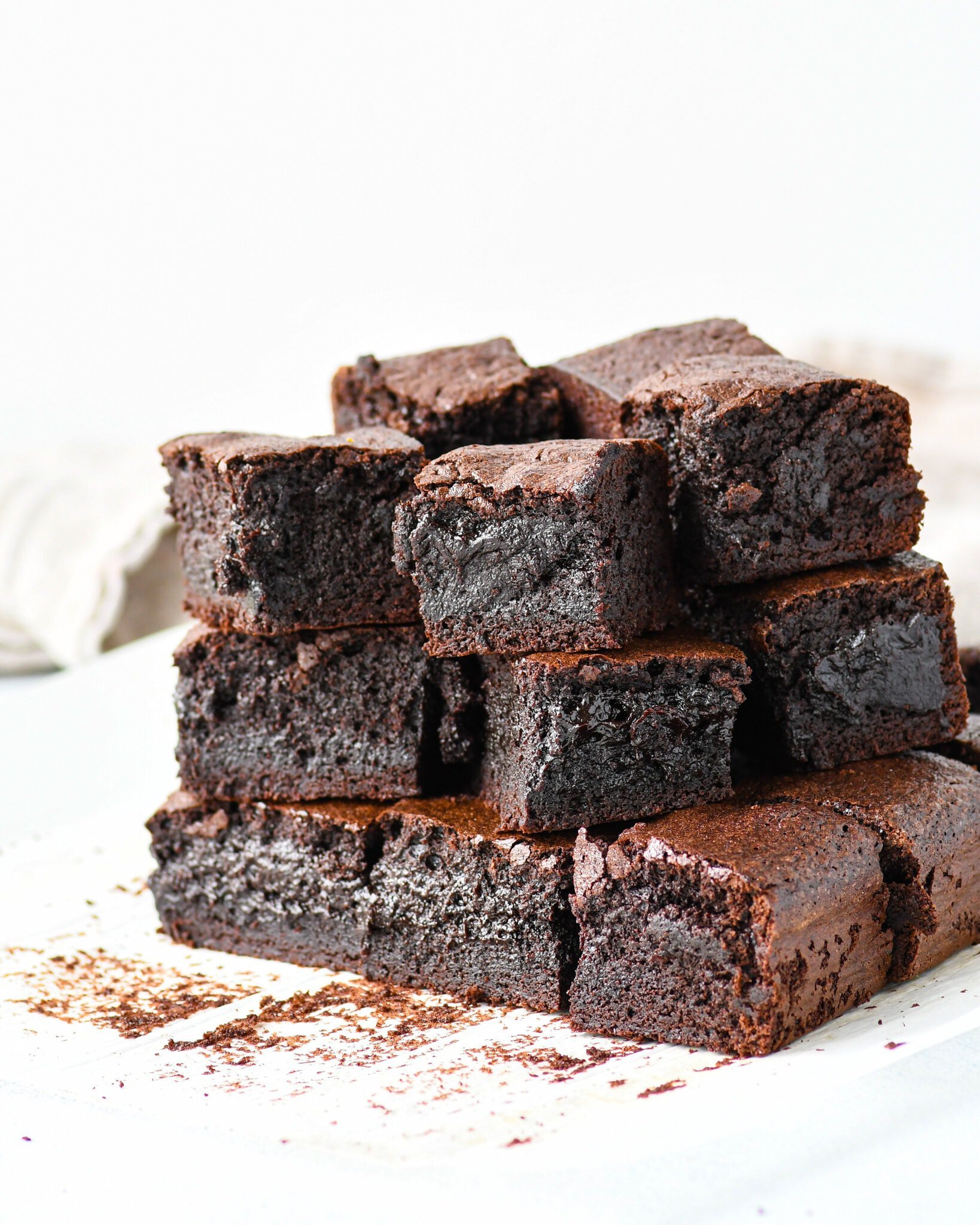 In a previous life, when I was a poly sci student by day and a barista by night, we used to get giant orders of Sam’s Club brownies. They came uncut and in massive boxes (think a brownie the size of a full baking sheet – yeah, double the one you usually bake with!). We were asked to slice them into pieces size of my palm. And they were definitely thicccc.

With the bar set, most recipes I find disappoint in two major ways: 1. They taste more like sugar and butter than they do chocolate; and 2. They always, always, turn out quite thin. I don’t want a ¼ inch tall brownie, I want double (or triple!) that! So I spent the better part of the summer of 2019 testing brownie recipes and figuring out what worked and what I liked about them. One of the ones I came across which gave me a good jumping off point was Alice Mederich’s cocoa brownies. She says these are special due to the “drama of the crustiness on top and the gooey center”. I liked the sound of that!

I took one major tip from Mederich; that is to cook the butter, sugar and cocoa together; but I streamlined the rest of the methodology. I also recalculated the ingredients and quantities to give me the height, texture and taste I wanted. These are tall & thick (so more goo in the center which is the best part, imho!), and they are deeply rich and chocolatey. I am not a cocoa-only kind of brownie girl so it takes a lot to convince – and these definitely do. I hope they hook you in too! 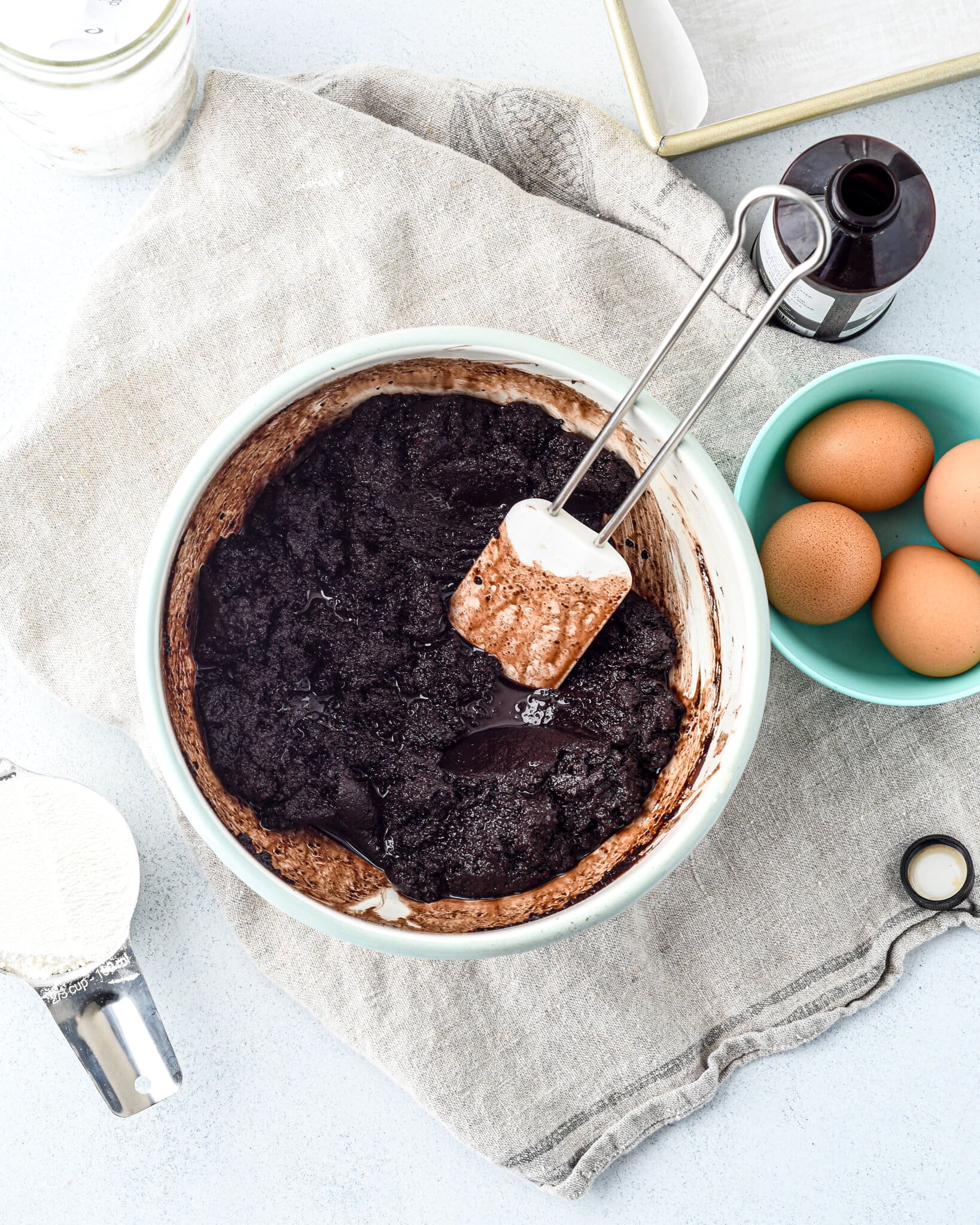 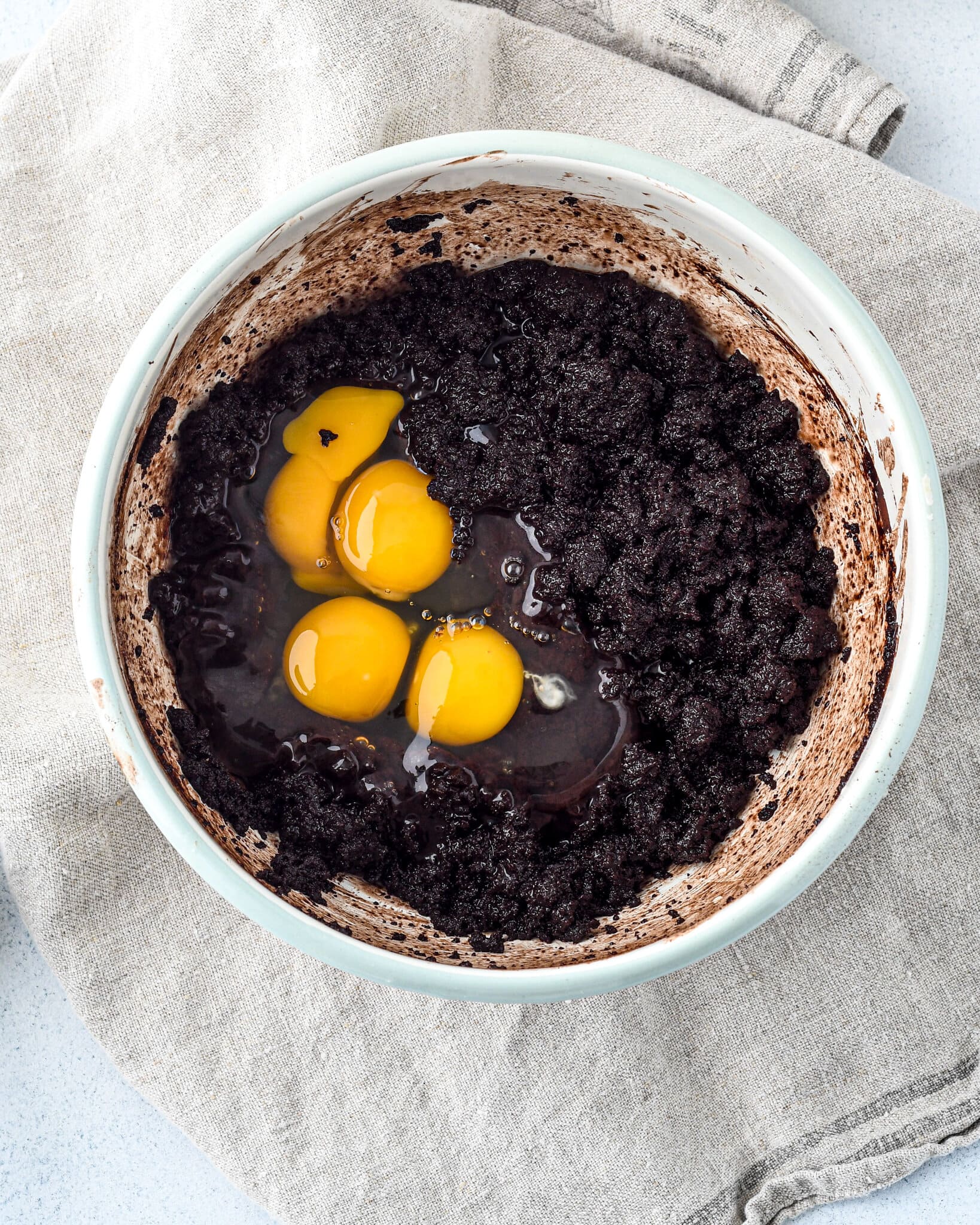 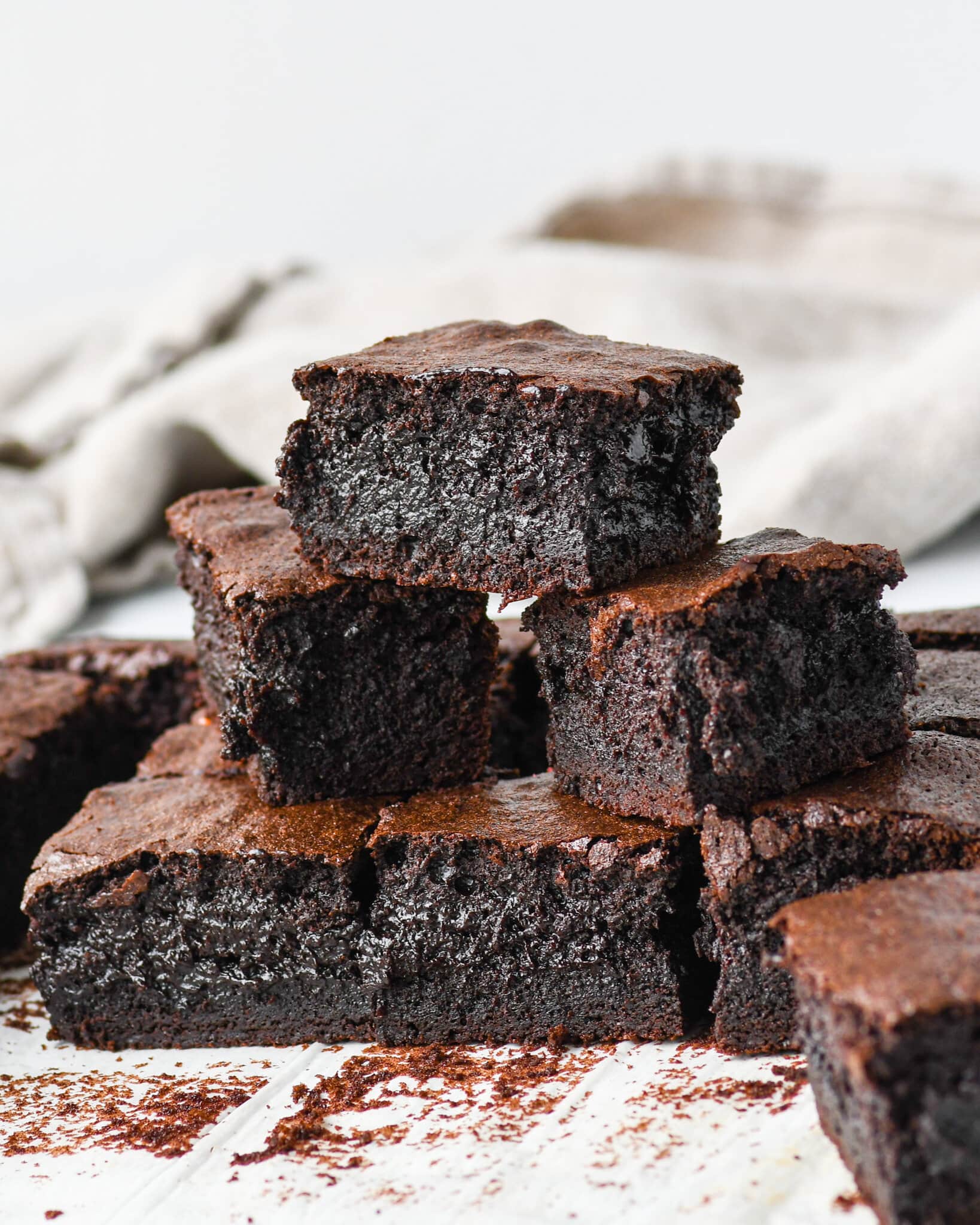 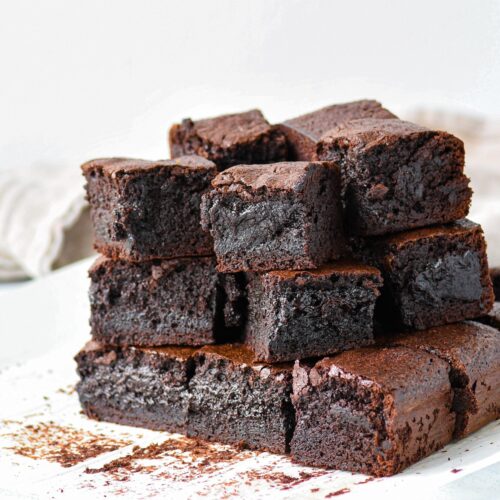 Tried this recipe?Let us know how it was!
Filed Under: bars
Blueberry Lemon Curd Bars
Cheesecake Bars with Lemon Shortbread