Homemade apple cider donuts! This easy recipe includes brown butter, apple butter, and apple pie spices making it the ultimate cider donut. It’s packed with flavor, the texture is cakey but decisively donuty as they are fried and coated in spiced sugar. 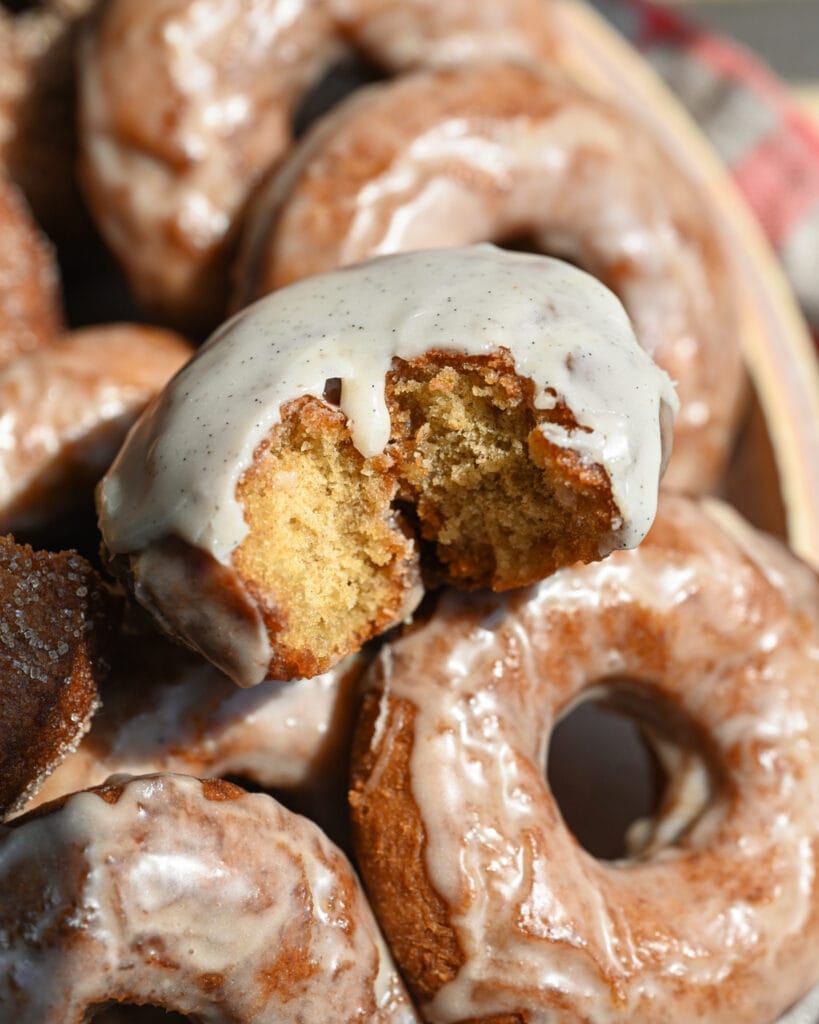 Wow, this was not an easy one to tackle. And honestly I’m not sure what spurred me on. I’ve always thought cider donuts are best had at pumpkin patches/apple orchards or next to a farmstand in mid-October.

But honestly, I want those donuts once a week during fall, not just on the rare weekend, and what about all those folks who couldn’t make it to the farm? Or who went and were disappointed by what they had, like my husband who says they’re often too oily and don’t have enough flavor? This is for them and him. 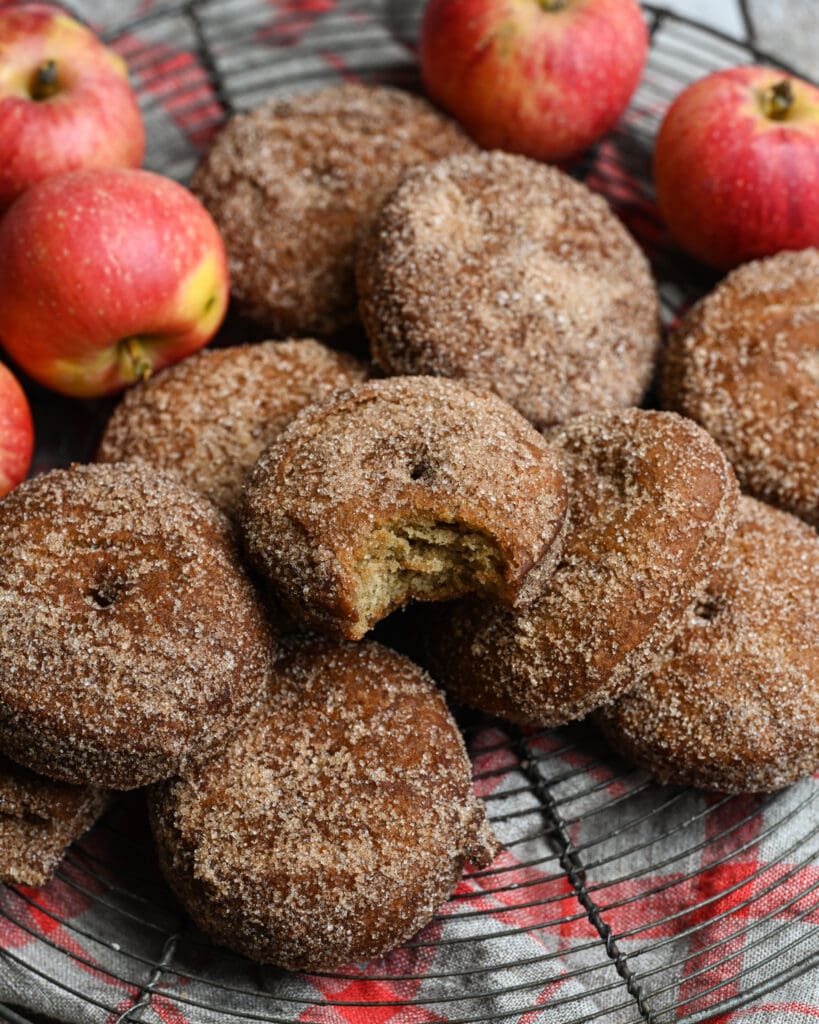 I have a lot of experience eating cider donuts, (which, tbh, sounds like a weird way to convince you that this recipe is fantastic) but because of that I have very particular opinions on what makes the good ones, absolutely great, and hope you’ll agree:

The first recipe I made was published by a new england-based magazine which claimed to be ‘authentic’. I think I put so much faith in that one that it was my disappointment that spurred me on to find *the one*. After a few other recipes which had textures I wasn’t happy with, I decided what I needed was a basic sour cream donut recipe; they are cakey and fried, so they’d give me the right texture. From there I could figure out how to ‘cider it’ (likely by adding reduced cider).

This approach got me closer but the donuts still weren’t puffing up enough and they certainly didn’t deliver in terms of taste. I switched from reducing cider to using boiled cider. I got very close but it still wasn’t cider heaven, and well, after all isn’t that where we all want to be every October?

A reader recommended this recipe from Claire Saffitz and I noted that she did use sour cream, and mostly her recipe was very similar to where I was getting with mine, BUT… she used apple butter. And that is where the game changed for me: the magic ingredient! 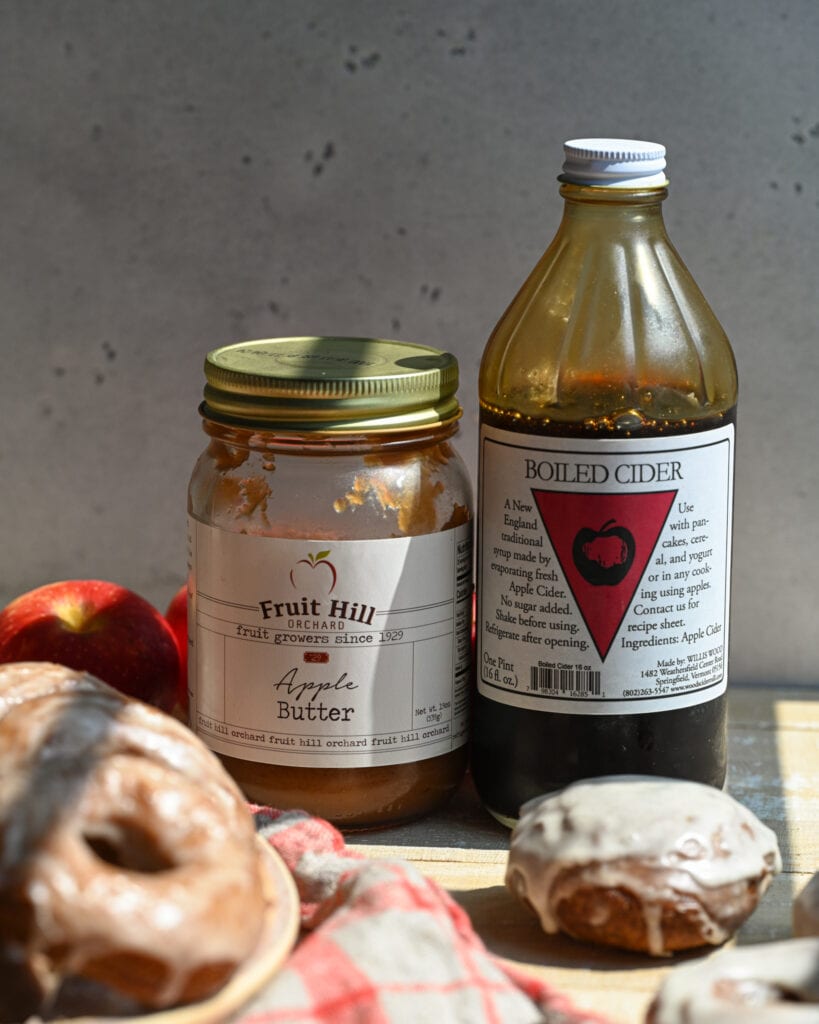 Basically apple sauce that’s been reduced; there’s no actual butter in it and sometimes it’s reduced with spices. Open a jar of apple butter and you’ll smell cider. It’s amazing stuff, it’s been years since I had some (or made it) but I can’t imagine this recipe without it.

You can make it with apples yourself (a crockpot comes in handy for this project), or buy a jar from a local farmers market or farm (err, while you’re eating some donuts maybe, lol).

What’s the difference between apple cider and boiled cider?

Boiled cider is fresh apple cider that has been cooked long enough to not only reduce it but really concentrate the flavor. It’s very dark and syrupy.

But if you can’t buy it and still want to make this recipe, you can reduce some fresh cider yourself. It won’t be as strong in flavor but that’s ok – we’re also using apple butter here so the apple flavor still comes through! 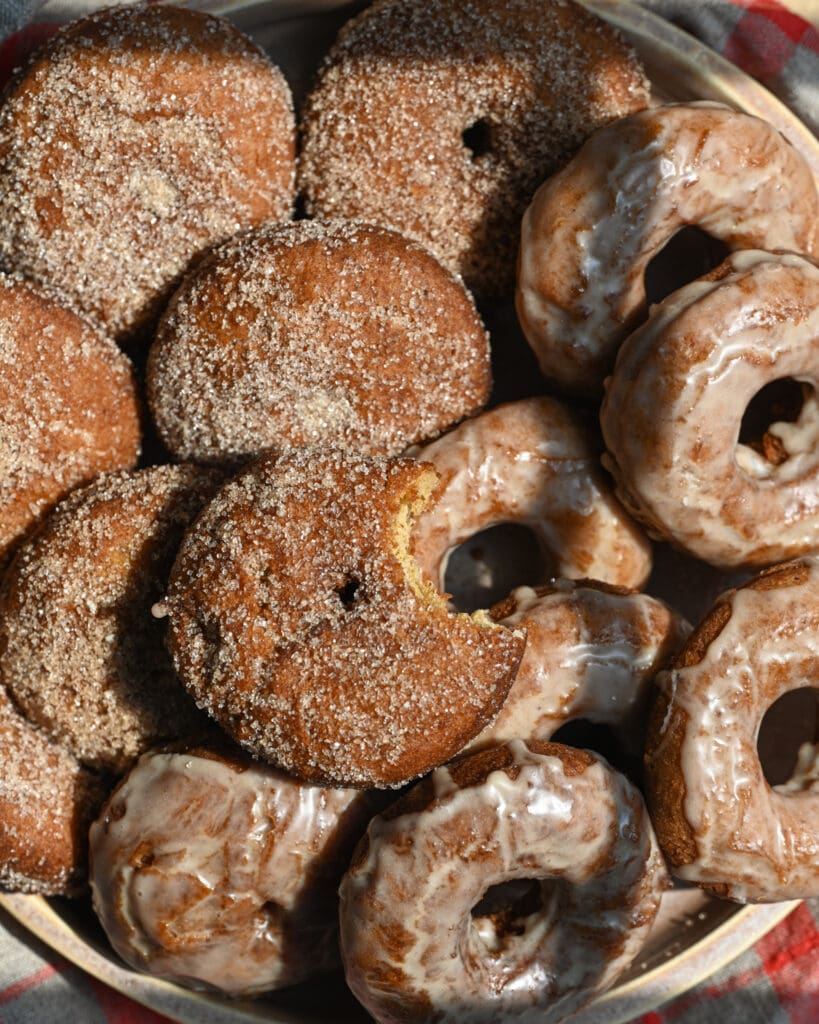 Butter: The butter will be browned; adding that much more flavor to the dough. No need to soften it. Use unsalted!

Apple Butter: A key ingredient, no substitutes! If you can’t find it in your stores, make it.

Sour Cream: This brings us closer to a sour cream donut texture: makes it soft, levels out the sweetness in the dough.

Apple pie spice: I do a mix of cinnamon, nutmeg and allspice. If you don’t like the latter two it’s fine to skip them but together they are heavenly.

Boiled cider: You can buy it here, or reduce some yourself by boiling down 2 cup of fresh apple cider into ¼ cup, you won’t need all of it but if you boil down just one cup it’s more likely to burn.

How to make Apple Cider Donuts 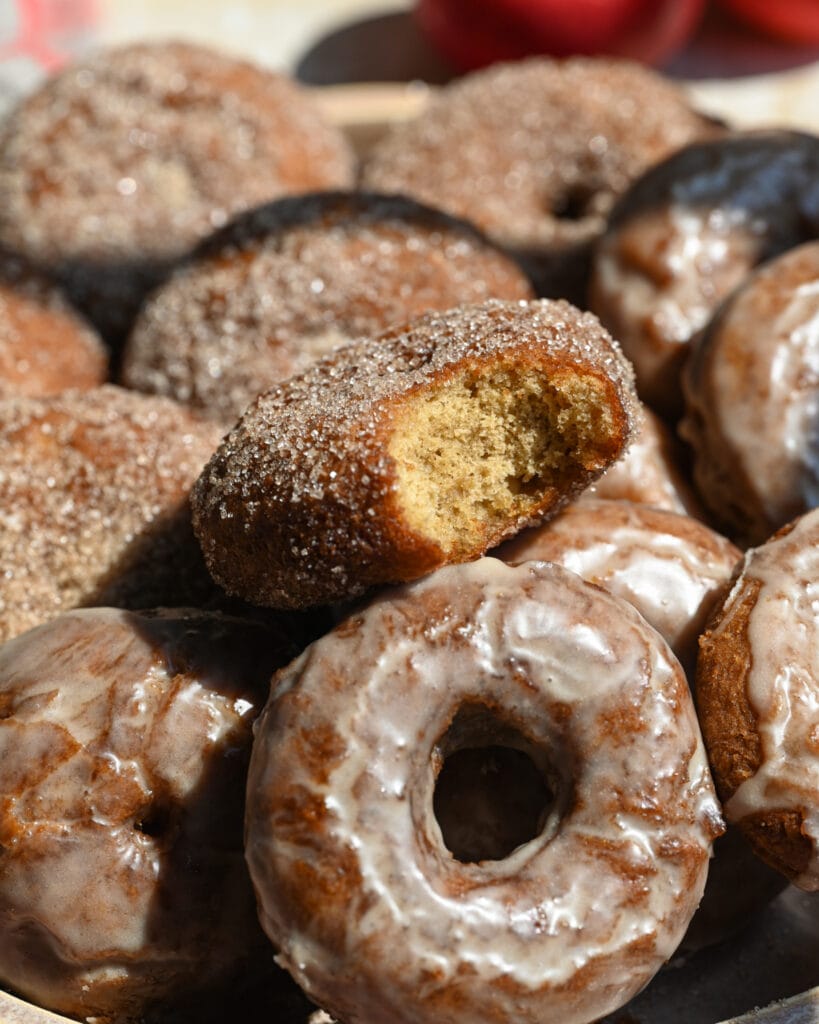 Note: if you would like to do a cider glaze instead of the sugar, whisk together 1 cup powdered sugar with 2-3 tablespoons fresh cider. I like to add vanilla, cinnamon and a pinch of salt as well. 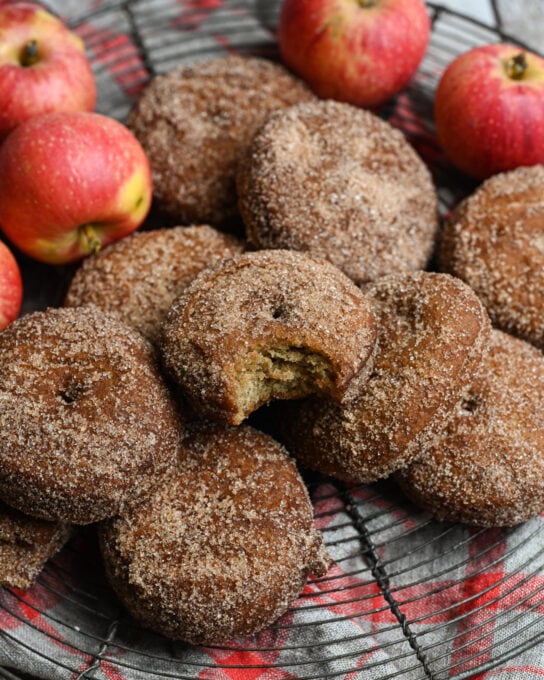 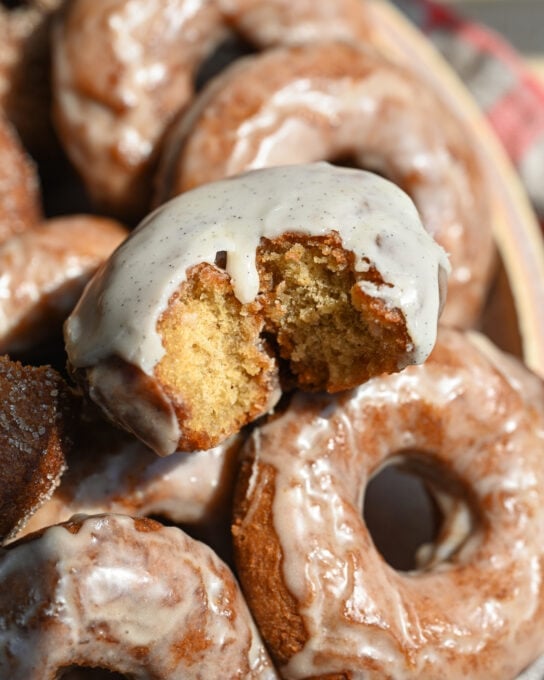