A smooth buttercream made with browned butter and melted milk chocolate. The two flavors together produce a terrifically tasty and nuanced flavor. This will be one of the few chocolate buttercream recipes with which you can really taste the nuttiness of the brown butter. 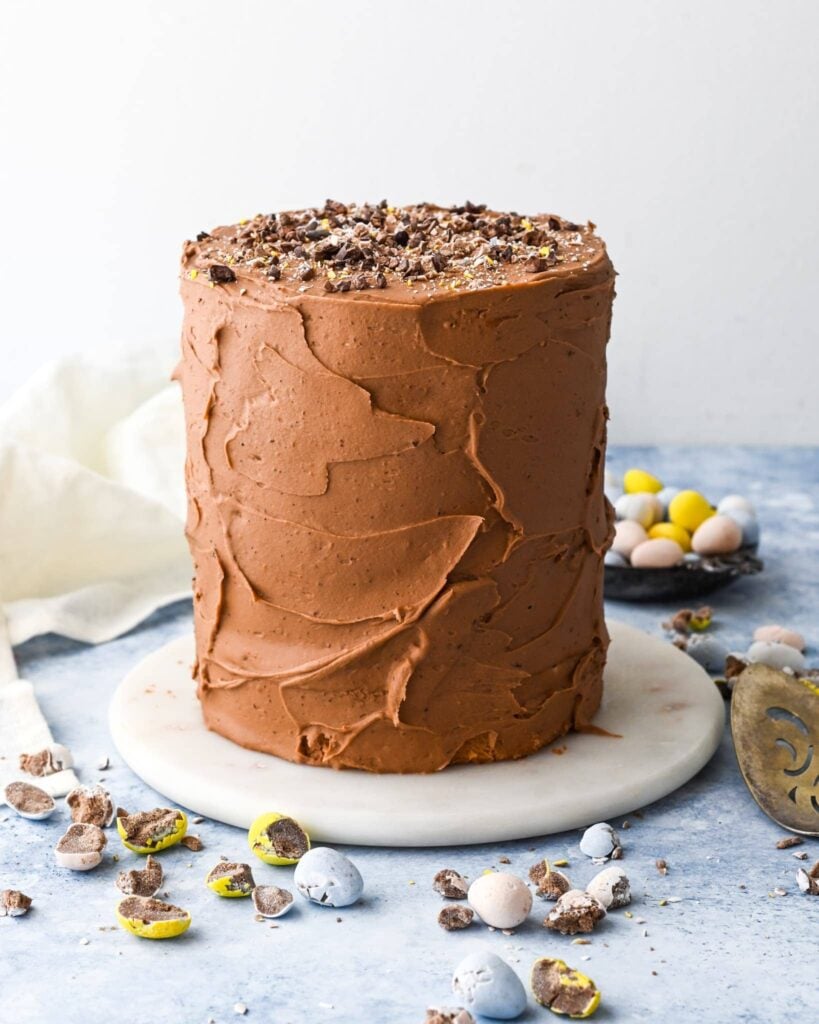 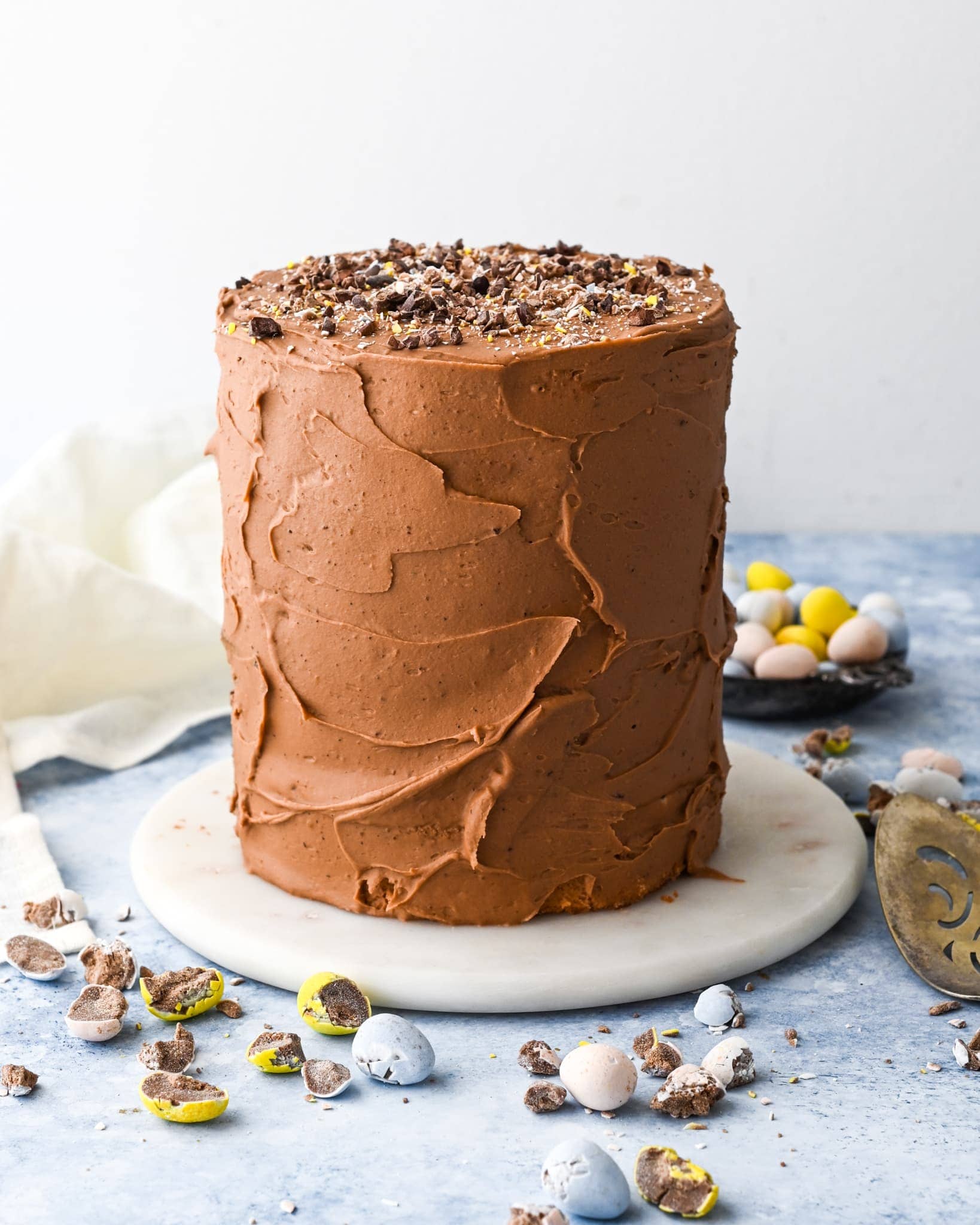 Browning butter is essentially browning (or caramelizing) the milk solids in butter. Those are the little brown bits you see at the bottom of the skillet. A couple of things that I think are helpful to know about browning butter:

Which is why I think milk chocolate and brown butter go together oh SO well. Without a doubt, that brown butter taste comes through in the best way in this buttercream. Nothing is baked and the chocolate is delicate enough that it doesn’t overpower it. This is a rich and fully flavored buttercream.

It’s also incredibly smooth and lovely to work with! You may need to get it to the right consistency, read the next section. 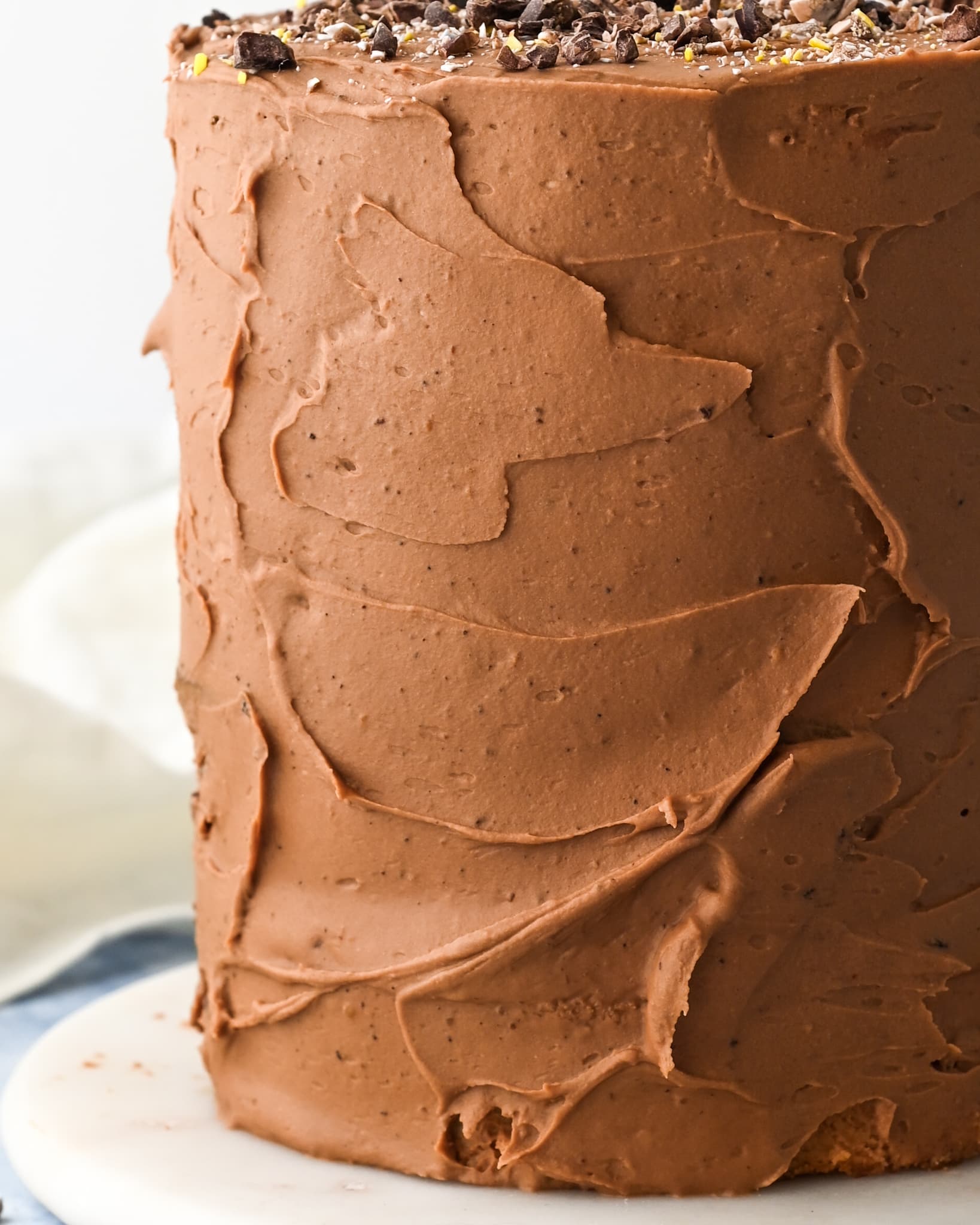 What kind of milk chocolate should I use for the brown butter buttercream?

Every brand makes milk chocolate with different percentages of milk, sugar and cocoa solids. Sometimes a brand will make a few different varieties of milk chocolate. Whichever you choose, will have an impact on the final texture of the buttercream and how you can manage it to get it to the state you want. In my trials I used different kinds of chocolate and got different results. So:

If the buttercream is stiff: add one tablespoon of milk at a time and mix it in until it’s the smooth consistency you are looking for.

If the buttercream is overly soft: You can do a couple of things here, either chill it and see if that helps (it could be that you added the chocolate before it was completely cool). Alternatively, add more powdered sugar or natural cocoa (sift either of these in) to thicken it. To avoid adding too much at once do only 2 tablespoons at a time.

What cakes will taste good with this milk chocolate buttercream?

You’ll want something that is rather neutral in taste, not too dominate because this buttercream has a strong, very flavorful taste. In the photos I paired it with a simple white cake and some other ideas for a complementary cake would be: brown butter vanilla bean yellow cake, peanut butter chocolate swirl cake, or even this basic chocolate cake.

A smooth buttercream made with browned butter and melted milk chocolate. This chocolate buttercream recipe is unique because you can really taste the brown butter. 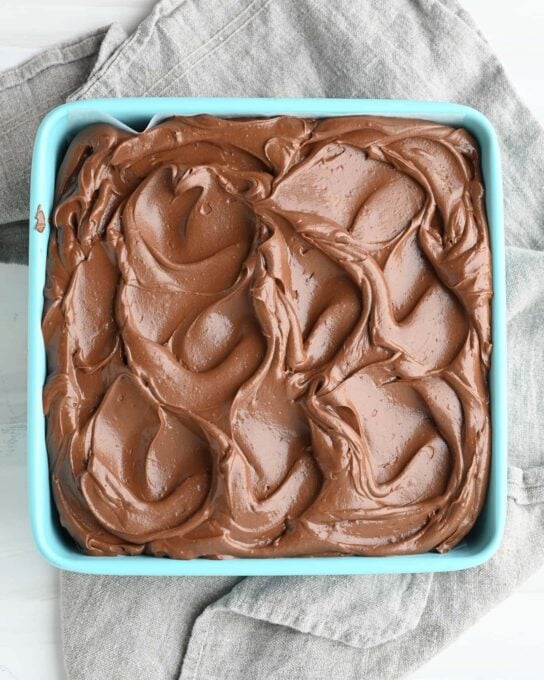 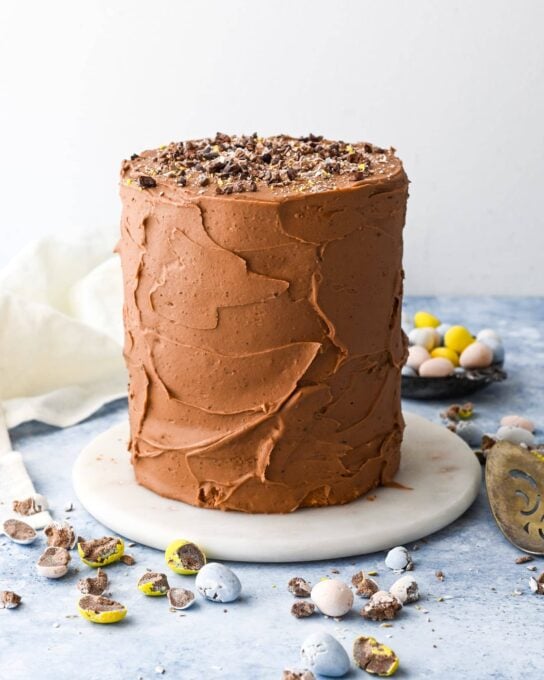