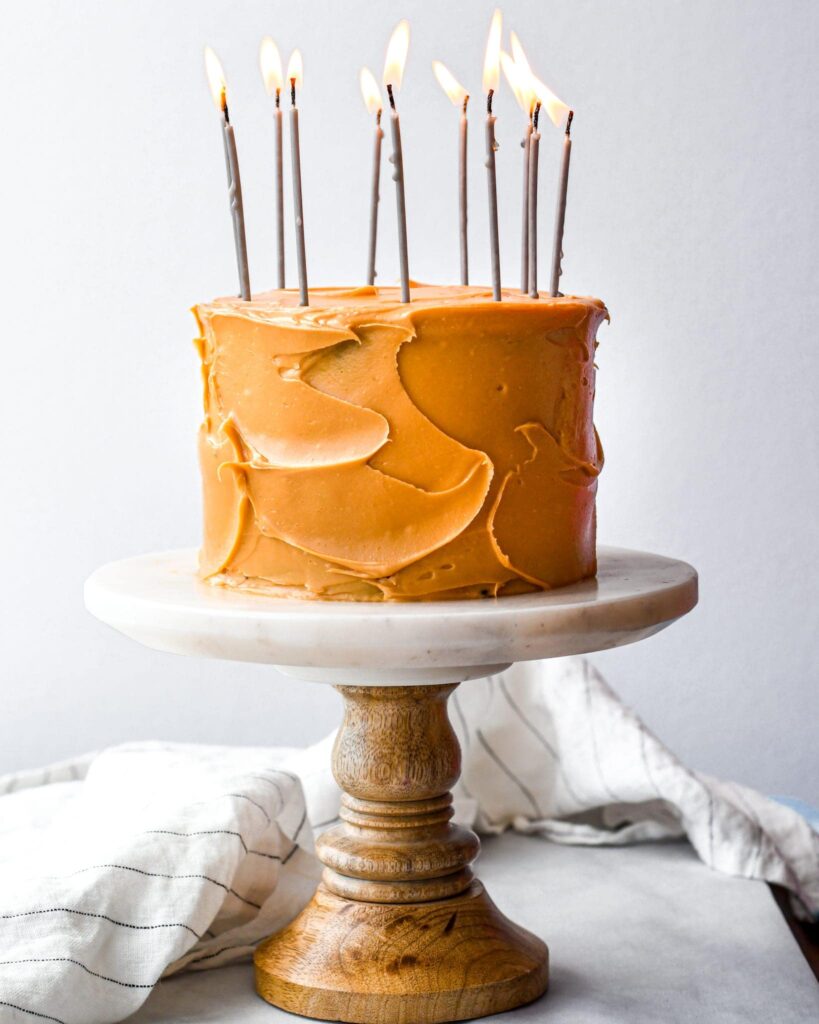 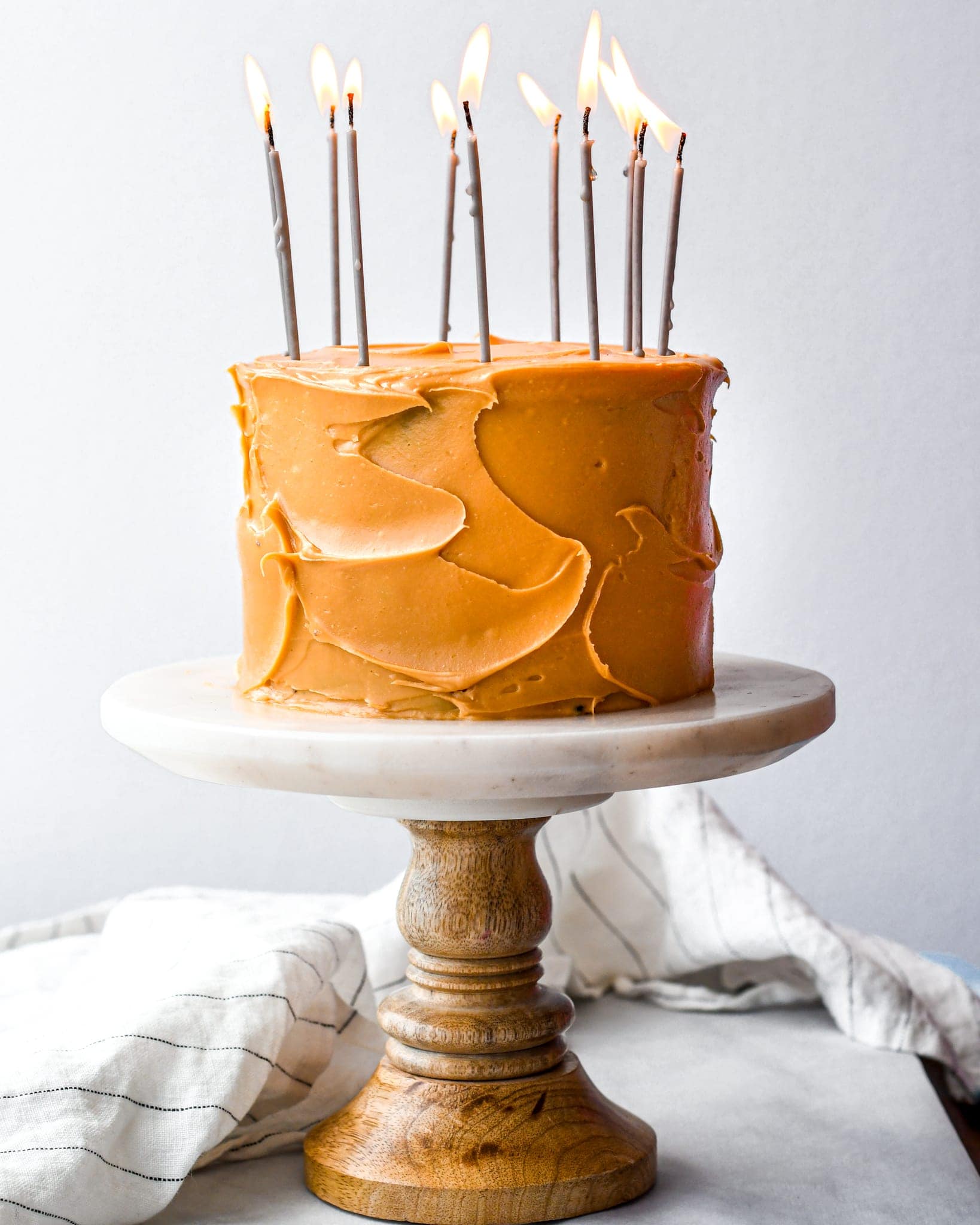 This was my husband’s birthday cake from a couple of weeks ago. Yep, it looks pretty basic. Every year, early in the summer, I tell him to let me know what kind of cake he wants so I can start planning and I’m always secretly hoping he’ll give me some awesome new idea and a real challenge. But he always tells me he just wants chocolate cake. I try to nudge him this way and that with suggestions relating to other things I know he likes – ‘what about some mango? Or coconut? What about multiple layers of different cakes?’ But nope, he just wants just chocolate.

Instead of fighting him this year, I decided to just make a really solid cake, something uncomplicated that I knew would truly delight him. I made a regular chocolate cake, filled the layers with a dark chocolate ganache (which he adores) and instead of going for a cocoa buttercream as I usually would, I reached for some golden chunks I had hanging out in the pantry.

Obviously, we are obsessed with this stuff. I can’t help it, there is just something wonderfully addictive about caramelized white chocolate and I’m not even a huge white chocolate fan, or even a caramel fan (both are a little too sweet for my taste). I’ve extolled the virtues of of toasted white chocolate before: the caramelization process reduces the saccharine quality of white chocolate and renders it deeply complex and unique. It’s just phenomenal. And as a buttercream… where’s my spoon? I seriously don’t even need a cake.

I have a recipe on the blog for a swiss buttercream version, but this is more basic and easier to make – which makes me like it more! No fussing over eggs and thermometers and long whipping times. Just make a little buttercream base and stir in the melted chocolate. It spreads like an absolute dream on a cake (the gorgeous swirls!) and really elevates any cake it goes on. I can’t wait to hear what you all think of it! 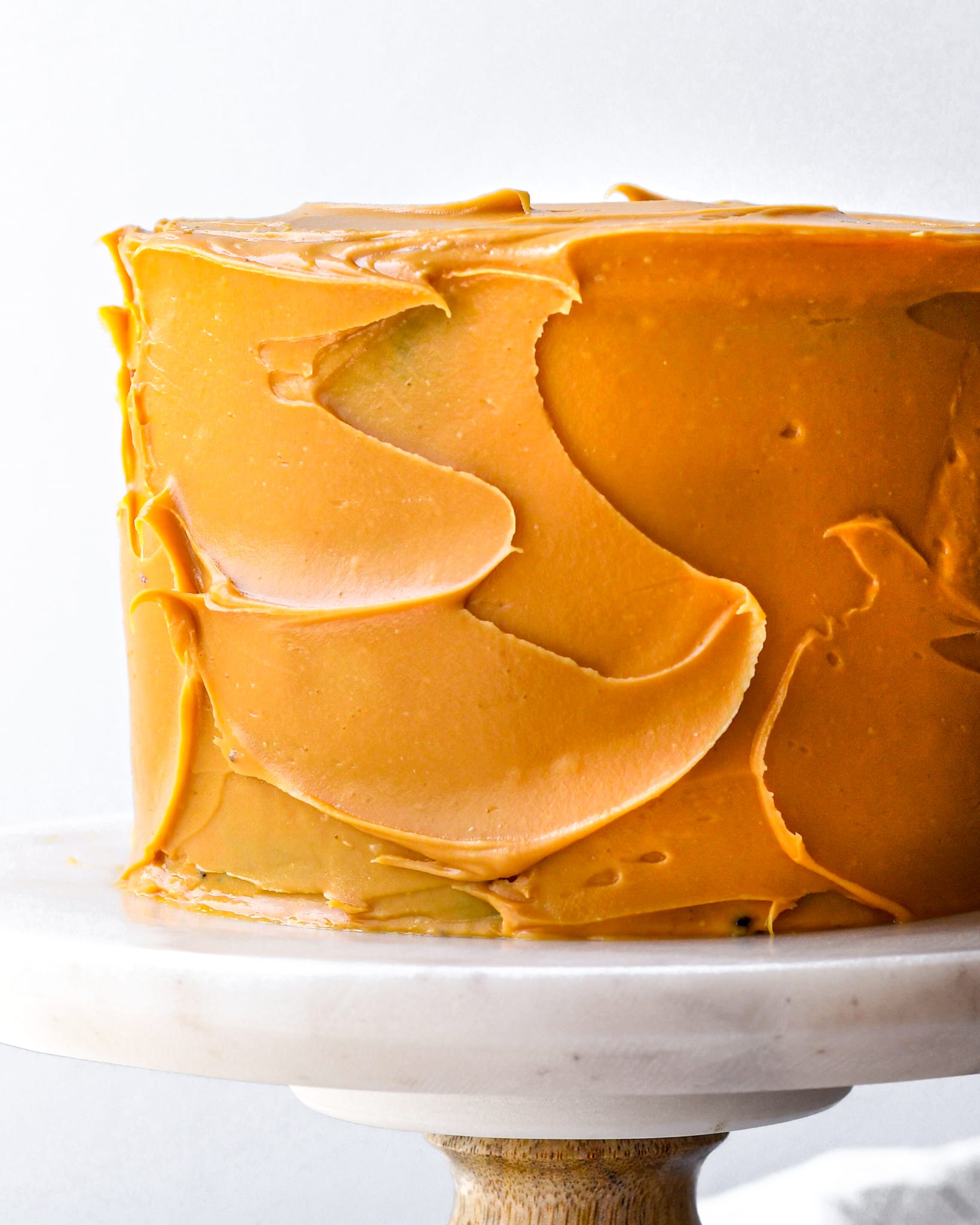 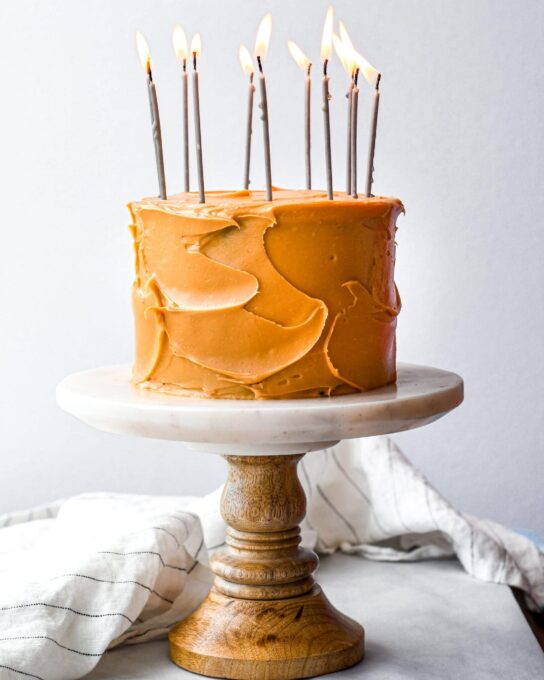 Caramelizing white chocolate is terribly easy: check out this guide or see how I do it on my IG stories. If you are really, really intimidated, you can always buy it here. This recipe makes enough buttercream to frost a 6” , two layer cake. The first time I made this, I started out with this recipe from Food & Wine but found the methodology unnecessarily complicated. Whipping the chocolate also gave it a slightly different texture so while I stick to the measurements (mostly) my method below is quite different. 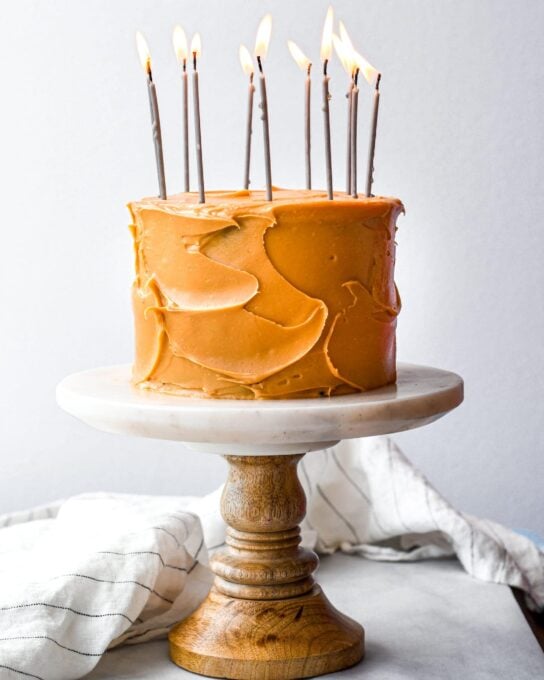